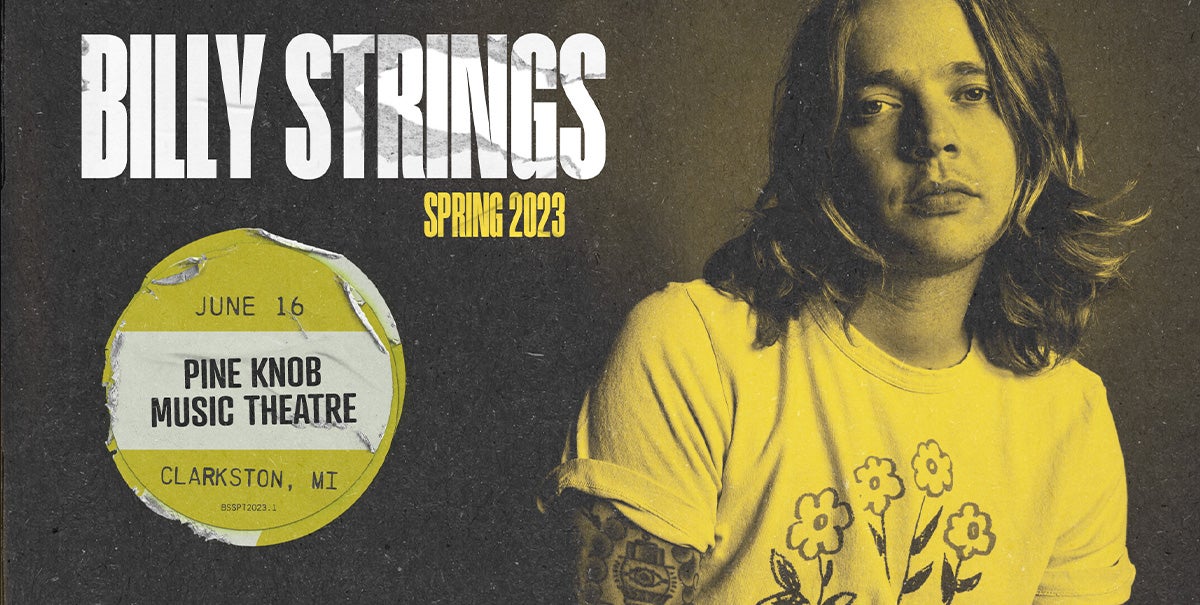 NEW ALBUM WITH HIS DAD, TERRY BARBER, ME/AND/DAD OUT NOW

Tickets (starting at $29.50 on the lawn) go on sale Friday, December 9 at 10 a.m. at 313Presents.com, LiveNation.com and Ticketmaster.com. Tickets for the tour will be available for pre-sale starting December 7 at 10 a.m. local time through Thursday, December 8 at 10 p.m. local time. Registration for pre-sale tickets is now open, full details are available at www.billystrings.com/tour.

The upcoming performances add to yet another landmark year for Strings, who released Me/And/Dad, the first album he’s recorded with his dad, Terry Barber, last month via Rounder Records (pre-order here). The product of a longtime dream, the record features new versions of fourteen bluegrass and country classics that the two have been playing together since Strings was a young child.

In celebration of the release, Strings and Barber were recently featured on NPR’s All Things Considered speaking with host Ailsa Chang, while Strings was also featured on CBS Sunday Morning earlier this fall speaking with correspondent Conor Knighton.

“Me/And/Dad works beautifully…the guitars from the principals along with mandolin, banjo, fiddle and bass are expertly played with joy and verve”—The Wall Street Journal

“a hell of a homecoming, Strings having assembled a band of bluegrass dreams as a public display of affection for the man who first took him there”—MOJO

“No matter your musical affiliation, this one will draw you in. It’s a cross-generational celebration paying tribute to Strings’ musical roots, welcoming both strangers and old friends to gather ’round.”—No Depression

“one of the best guitar players in music”—American Songwriter

“When Billy Strings is involved, you know you’re going to get bright, melodic, fast-paced picking, and he and Barber sing with a familial closeness that tickles the ears and warms the heart”—Bandcamp Daily

“The pair harmonize beautifully…a sound that can only be replicated by blood, highlighting the magic that motivated Strings to create this project with his father”—The Boot

“That familial connection is palpable…three-part harmonies that evoke echoes of Appalachia’s revered high lonesome sound, with Strings and Barber’s vocal registers, in particular, blending together seamlessly”—Glide

“As Strings continues to prove himself as one of the most talented artists in any musical genre, Me/And/Dad serves as both an endearing and fantastic trip to his roots and musical beginnings”—Americana Highways

Produced by Strings and Gary Paczosa and recorded at Nashville’s Sound Emporium Studio, the record finds Strings and Barber playing with familiar ease, naturally trading off leads both vocally and on guitar. In addition to Strings and Barber, the album features an all-star band including bassist Mike Bub, mandolinist Ron McCoury, banjo player Rob McCoury and fiddler Michael Cleveland as well as special guest appearances by Jerry Douglas, Jason Carter and Strings’ mother, Debra Barber, who sings on the final track, “I Heard My Mother Weeping.”

The new record follows Strings’ widely acclaimed album, Renewal, which landed on several “Best of 2021” lists including The Bitter Southerner, No Depression, Glide, The Boot, Folk Alley and was one of the Top 50 Most Played Albums at Americana Radio last year. Produced by Jonathan Wilson, the record was released to overwhelming praise with The New York Times declaring, “a premier bluegrass mind for this post-everything era…he has zigged and zagged between the form’s antediluvian traditions and rapid-fire improvisations that hit like hard bop, all within songs with hooks so sharp that he seems poised for crossover stardom.”

Raised in Michigan and now based in Nashville, Strings is known as one of music’s most compelling artists. Since his 2017 debut, he has been awarded Best Bluegrass Album at the 63rd Grammy® Awards, Artist of the Year at the 2022 Americana Music Awards, Entertainer of the Year and Song of the Year at the 2022 International Bluegrass Music Awards (the organization also named him Entertainer of the Year and Guitar Player of the Year in 2021), Best New Headliner at the 2022 Pollstar Awards, Breakthrough Artist of the Pandemic at the 2021 Pollstar Awards and has performed on The Late Show with Stephen Colbert, Jimmy Kimmel Live!, PBS’ Austin City Limits and Bluegrass Underground. A respected figure across all genres, Strings has also collaborated with a wide variety of artists. 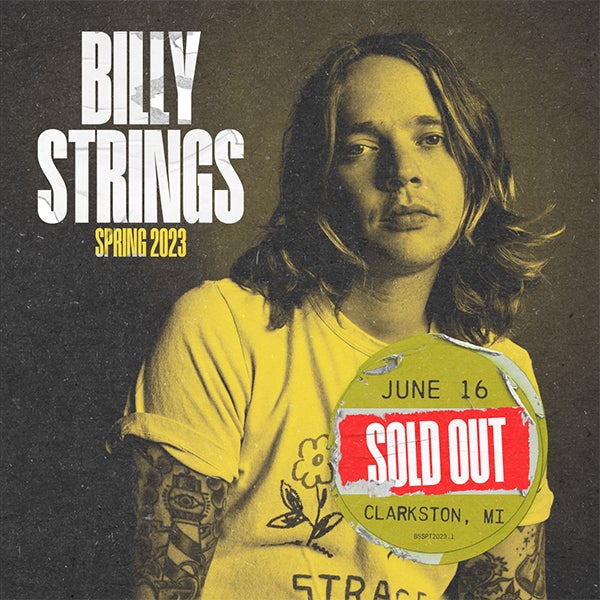