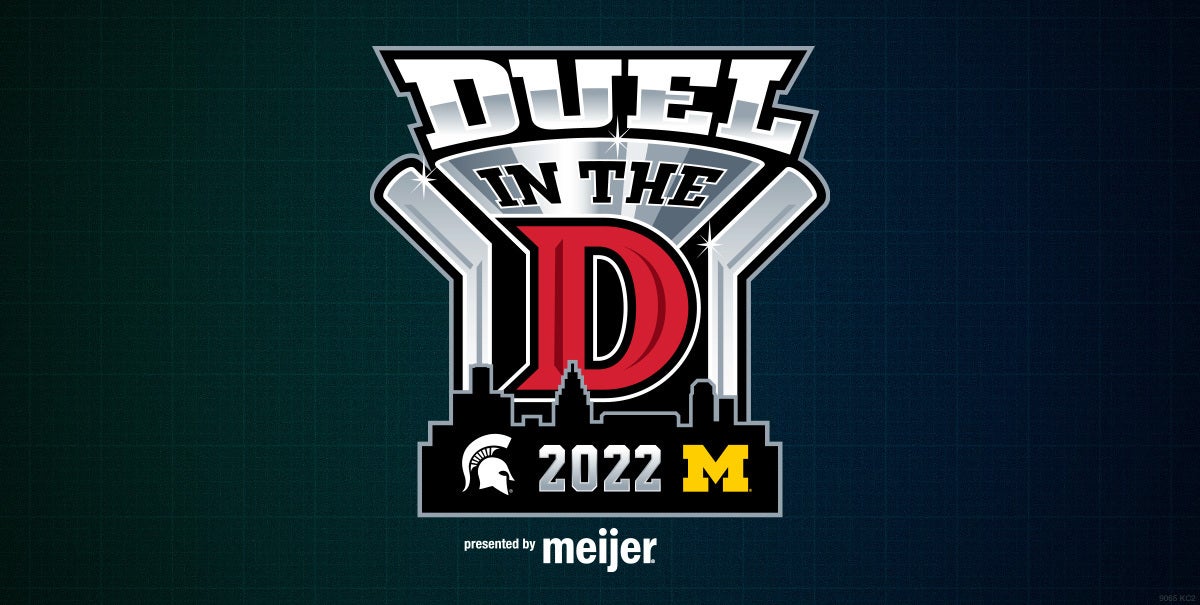 Home/COLLEGE HOCKEY RETURNS TO LITTLE CAESARS ARENA WITH THE “DUEL IN THE D” ON SATURDAY, FEBRUARY 12

COLLEGE HOCKEY RETURNS TO LITTLE CAESARS ARENA WITH THE “DUEL IN THE D” ON SATURDAY, FEBRUARY 12

The “Duel in the D” matchup features the most-played rivalry in college hockey. The game will mark the 336th all-time meeting between the historic programs, with Michigan currently holding a 172-138-24 edge in the all-time series.

Michigan, featuring a lineup with four of the first five selections from the 2021 NHL Entry Draft and currently ranked No. 2 in the nation by the USA Today/USA Hockey Magazine poll, has claimed the “Iron D” Trophy in each of the last four matchups at Little Caesars Arena. The Wolverines also earned a pair of victories over the Spartans in the first two meetings between the teams this season on Nov. 5-6.

"We are extremely excited as a program to head back to Little Caesars Arena and resume the ‘Duel in the D,’” said Michigan head coach Mel Pearson. “It’s one of the highlights of our season at Michigan. We love to play in front of the big crowd in a first-class NHL venue such as Little Caesars Arena. The Detroit Red Wings have been great hosts over the years and we are looking forward to playing our rival Michigan State in Detroit.”

“Playing a game in an NHL arena is a longstanding tradition for our programs,” said Michigan State head coach Danton Cole. “It is a tradition which brings the Michigan State-Michigan rivalry to our fans in metro Detroit and has provided many great memories for our players, alumni, fans and youth hockey players.  Detroit is a big part of the history of this rivalry, and we are fortunate to have these opportunities to play at Little Caesars Arena as we did in Joe Louis Arena.  Any Michigan State-Michigan matchup is circled on our calendars and competing down there is always special.”

Tickets for the “Duel in the D” are now on sale and can be purchased at 313Presents.com, Ticketmaster.com, the Little Caesars Arena XFINITY box office or by calling the Red Wings Ticket Sales and Service office at 313-471-7575.

ABOUT THE “IRON D” TROPHY
The “Iron D” Trophy features a forged iron “D” at its center to symbolize the city of Detroit, while the skyline of Hockeytown wraps around the base, including an image of Little Caesars Arena placed at the center. A large cup rests atop the trophy and hockey sticks, a red glass puck, and the logos of Michigan and Michigan State line the sides of the trophy. The trophy was designed and built by Erik and Israel Nordin at their studio, the Detroit Design Center.