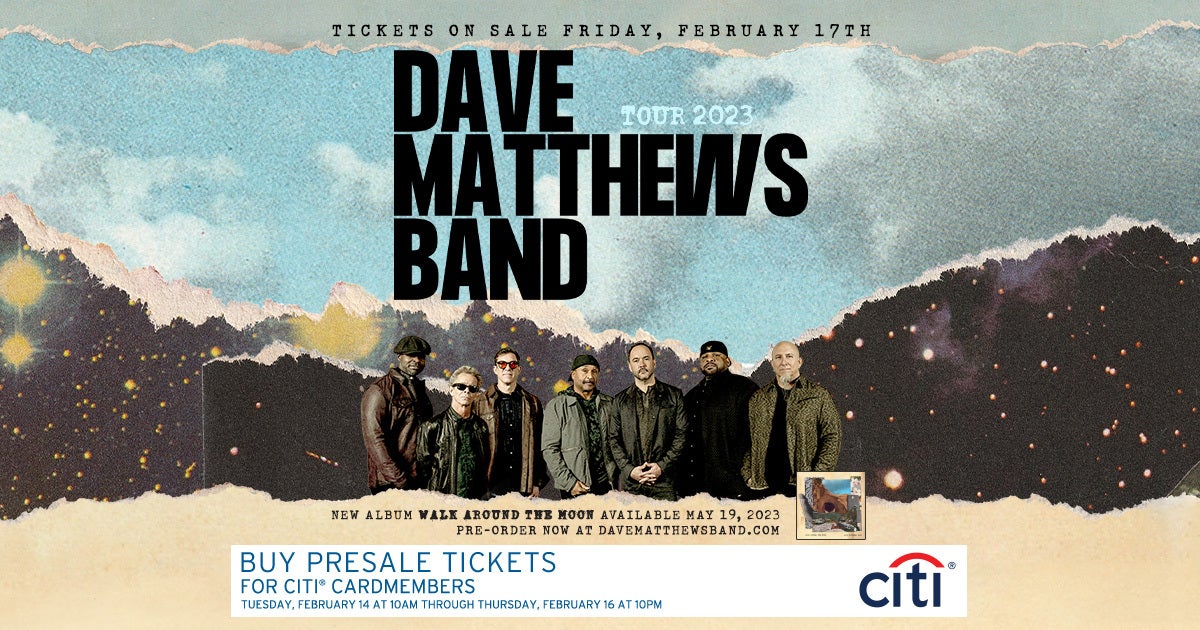 Tickets go on sale Friday, February 17 at 10 a.m. at 313Presents.com, LiveNation.com and Ticketmaster.com.

An online ticket presale for members of the DMB Warehouse Fan Association is underway now at www.warehouse.davematthewsband.com. Citi is the official card of the Dave Matthews Band 2023 tour. Citi cardmembers will have access to presale tickets beginning Tuesday, February 14 at 10 a.m. local time until Thursday, February 16, at 10 p.m. local time through the Citi Entertainment program. For complete presale details visit www.citientertainment.com. For the complete itinerary, visit www.davematthewsband.com.

Coinciding with the launch of their U.S. summer tour, Dave Matthews Band will release Walk Around The Moon – their 10th studio album and the follow-up to their chart-topping 2018 album, Come Tomorrow – on May 19. Most of the album’s 12 original songs were recorded with producer Rob Evans, including the first single, “Madman’s Eyes,” which was released today. Longtime collaborator, John Alagia, served as executive producer of the album. Walk Around The Moon took shape during the pandemic and is as much a reflection on the current times as it is an urge to find common ground.

After playing a trio of dates in Mexico, Dave Matthews Band will kick off its U.S. tour at The Cynthia Woods Mitchell Pavilion in The Woodlands, TX on May 19. The headline run will include the band’s first show at the historic Forest Hills Stadium in New York on June 9. Dave Matthews Band will play two-night stands in Wilmington, NC; Charleston, SC; Noblesville, IN; Chicago, IL; Gilford, NH; Saratoga Springs, NY; Camden, NJ; West Palm Beach, FL and Irvine, CA. The tour will conclude with the band’s traditional three-day, Labor Day weekend celebration at Gorge Amphitheatre in George, WA (September 1-3).

Today also marks the release of the epic and ominous first single release from Walk Around The Moon. “Madman’s Eyes” weaves Middle Eastern textures with heavy horns and strings as Matthews asks unflinchingly, “When it’s too late to untwist the knife / How do we face hatred with the love inside us.” View the visualizer HERE. Dave Matthews Band gave “Madman’s Eyes” its live debut at Nationwide Arena in Columbus, OH in November 2021. The pre-order for the physical album, featuring a limited-edition deluxe vinyl option, is exclusively available now at DaveMatthewsBand.com.

Dave Matthews’ ongoing partnership with The Nature Conservancy has resulted in three million trees being planted since 2020. This year’s continued partnership will bring the total to four million trees.  Fans can join in this mission by adding an optional donation of $2 per ticket to plant a tree with The Nature Conservancy’s Plant a Billion Trees campaign – a major forest restoration effort with the goal of planting a billion trees around the world by 2025. For additional details, visit www.dmbtrees.org. Once again, Dave Matthews Band will offset carbon emissions for band/fan travel with the assistance of REVERB, creating a climate positive tour. REVERB will also produce the tour’s annual eco-village.

Named as a UN Environment Goodwill Ambassador in 2019, Dave Matthews Band has a long history of reducing their environmental footprint, going back to their first shows in 1991. The band has sold more than 25 million tickets since its inception, making them the second largest ticket-seller in history, and has sold a collective 38 million CDs and DVDs combined. 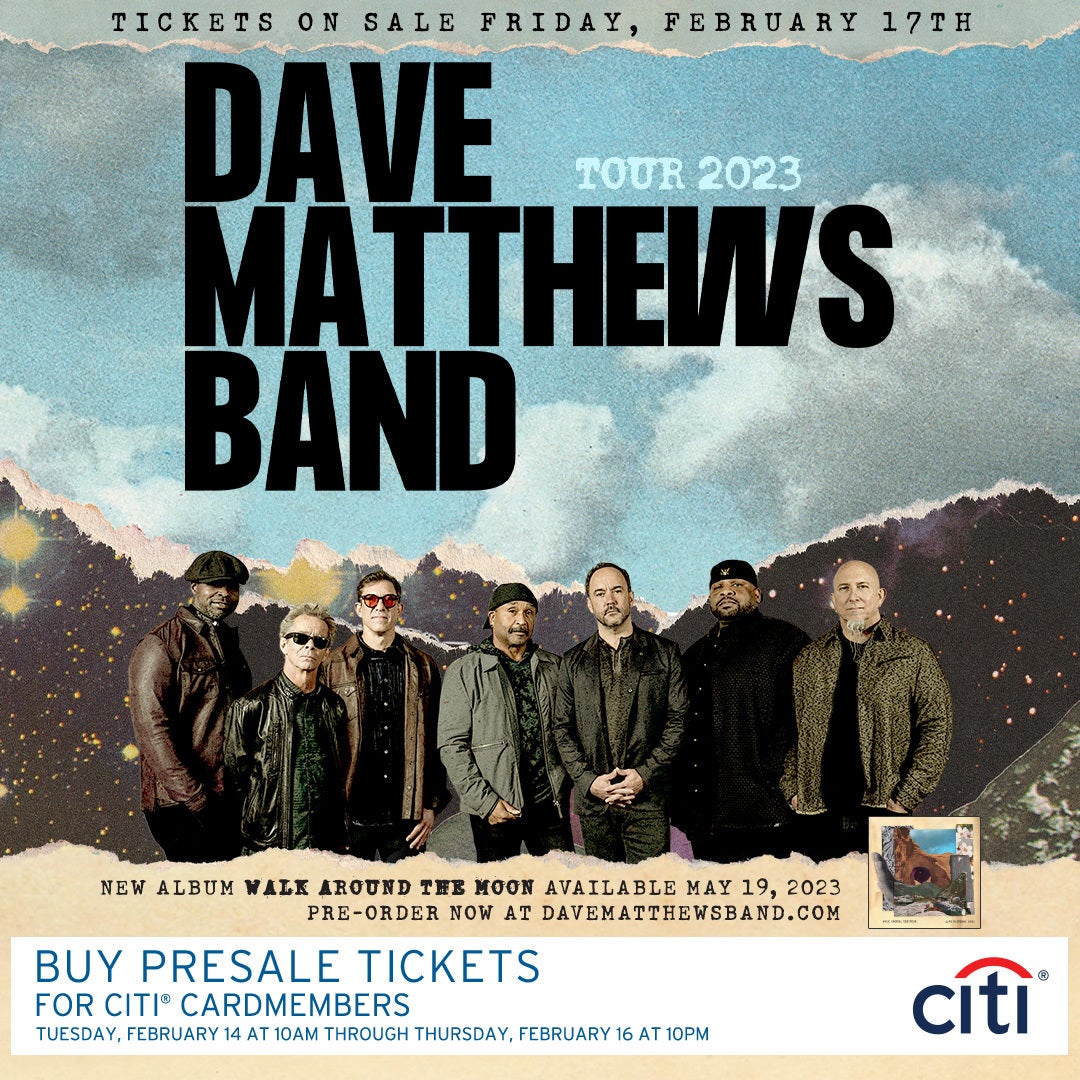