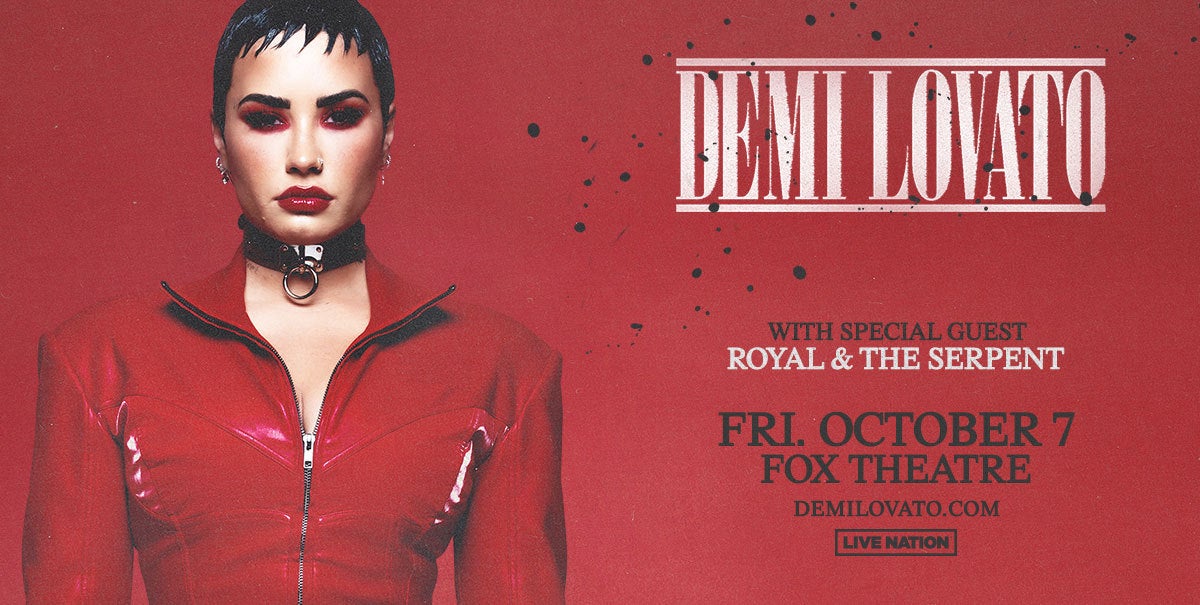 (DETROIT – June 7, 2022) – Grammy®-nominated artist, Demi Lovato, has announced their upcoming “Holy Fvck” fall tour, named after their upcoming eighth studio album, which will arrive on August 19, 2022. Produced by Live Nation, the 32-date tour will make a stop at the Fox Theatre on Friday, October 7 at 8 p.m. Royal & The Serpent will provide support for the local date. Comerica Bank is the exclusive presenting partner of the Fox Theatre.

Citi is the official card of the “Holy Fvck Tour.”  Citi cardmembers will have access to presale tickets beginning Tuesday, June 7 at 12 p.m. local time until Thursday, June 9 at 10 p.m local time through the Citi Entertainment program. For complete presale details visit CitiEntertainment.com.

“I’m so excited to get back on the road after four years without touring, and even longer since I’ve toured in South America,” said Demi Lovato. “We’re working so hard to deliver an incredible show for all my fans and I can’t wait to see them in person to celebrate this new music.”

Demi Lovato is a Grammy®-nominated and award-winning musician, actor, advocate and New York Times best-selling author. They were first known for their onscreen talents, and soon after became a musical phenomenon for their remarkable vocal ability. With an audience of over 215 million on social media, Demi has established themselves as a global sensation.

With nearly 30 billion streams earned worldwide, Demi has captivated audiences with their renowned powerhouse vocals and illustrious songwriting. From the resilient ballad “Skyscraper,” to the unapologetic earworm “Sorry Not Sorry” and their enduring queer anthem “Cool for the Summer,” Demi’s discography showcases their musicality knows no bounds, with a genre-blending approach that has infused pop, R&B, rock, soul and more. Through several sold out tours, Demi has brought their undeniable stage presence to venues across the globe, while live performances such as their rendition of “The Star-Spangled Banner” at the Super Bowl LIV and the powerful debut of their single “Anyone” at the 62nd Grammy® Awards have garnered universal acclaim.

With seven studio albums under their belt, all of which debuted in the Top 5 of the Billboard 200 and four boasting over one billion streams on Spotify, Demi elevates their signature sound with their upcoming eighth studio album, HOLY FVCK. The album is a sonic journey grounded in Demi’s rock and pop-punk roots and illustrates an earnest yet tongue-in-cheek retrospective of their life experiences.

Demi has been lauded by fans and peers alike for their authenticity and vulnerability, demonstrating their transformative growth across two celebrated documentaries, 2017’s Simply Complicated and 2021’s Dancing with the Devil. As an advocate, Demi serves as Global Citizen’s official ambassador for mental health, with a special focus on vulnerable communities around the world. 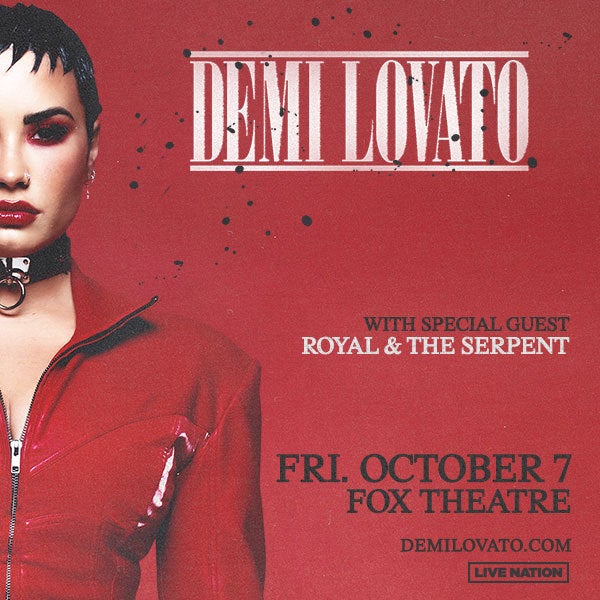