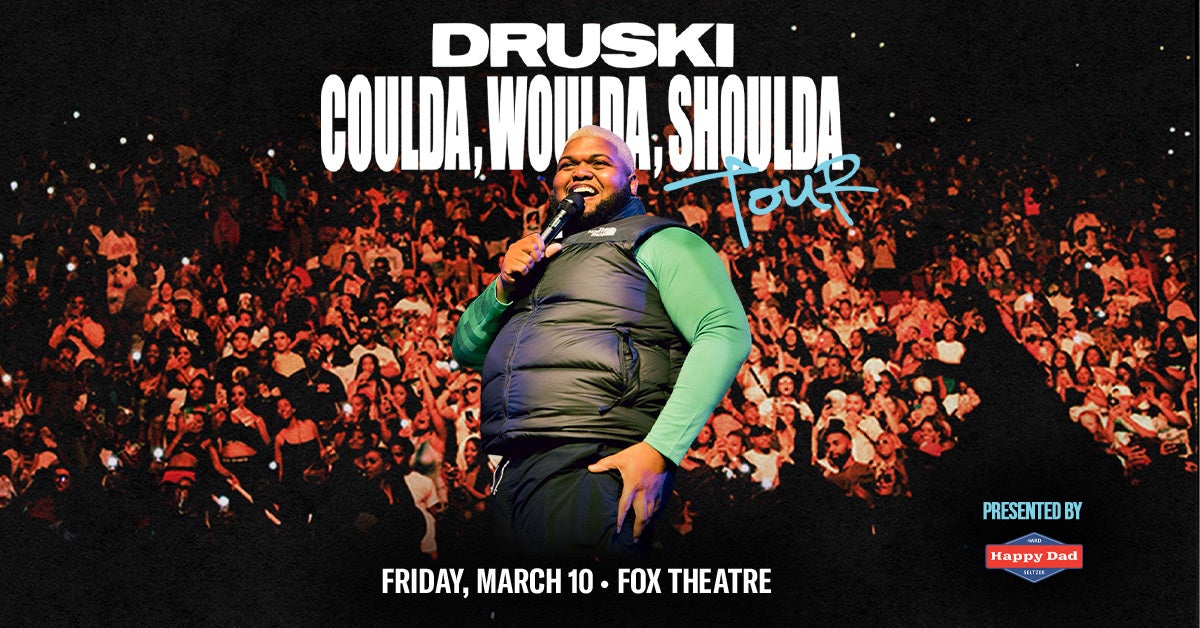 (DETROIT – December 6, 2022) – Acclaimed comedian, actor, and entrepreneur Druski announced today that he will be embarking on his first-ever, headlining comedy tour titled “Coulda, Woulda, Shoulda” presented by Happy Dad Hard Seltzer. The tour will make a stop at the Fox Theatre on Friday, March 10 at 8 p.m. Comerica Bank is the exclusive presenting partner of the Fox Theatre.

The 30-city tour will feature a combination of traditional comedic stand-up, as well as a live element of Druski’s renowned record label, “Coulda Been Records,” with segments that rose to prominence on Instagram Live. In the “Coulda Been Records” social media sessions, Druski facetiously offers aspiring performers an opportunity to showcase their skills online in front of millions. Now, as part of the tour, these prospective entertainers will have the chance to perform for a live audience for the first time ever.

“It’s a dream come true to headline my own comedy tour,” Druski said. “I’ve been fortunate to tour alongside several of the biggest musicians in the world and get valuable experience, but now I’m ready to take the next step in my career. I’m coming off my most successful year in comedy and it’s time to show the world my growth as an entertainer.”

Most recently, Druski served as the opener for Chris Brown and Lil Baby’s joint “One of Them Ones” tour, during the summer of 2022. He was also the official host of J. Cole’s “The Off-Season” arena tour in 2021 that also included appearances by 21 Savage and Morray.

Since his breakthrough, Druski has evolved into a multi-hyphenate force, having been tapped to appear in music videos for the likes of Drake, Jack Harlow, Chloe Bailey, Lil Yachty and more. Additionally, he’s starred in a wide array of commercials for brands such as Bud Light Seltzer, Beats By Dre, AT&T, Call of Duty, Mountain Dew, KFC, Happy Dad Hard Seltzer and Google Pixel.

Druski also has several TV and film productions in the works and, most notably, will appear alongside Chloe Bailey & Quavo in the comedy, Praise This, produced by Will Packer. 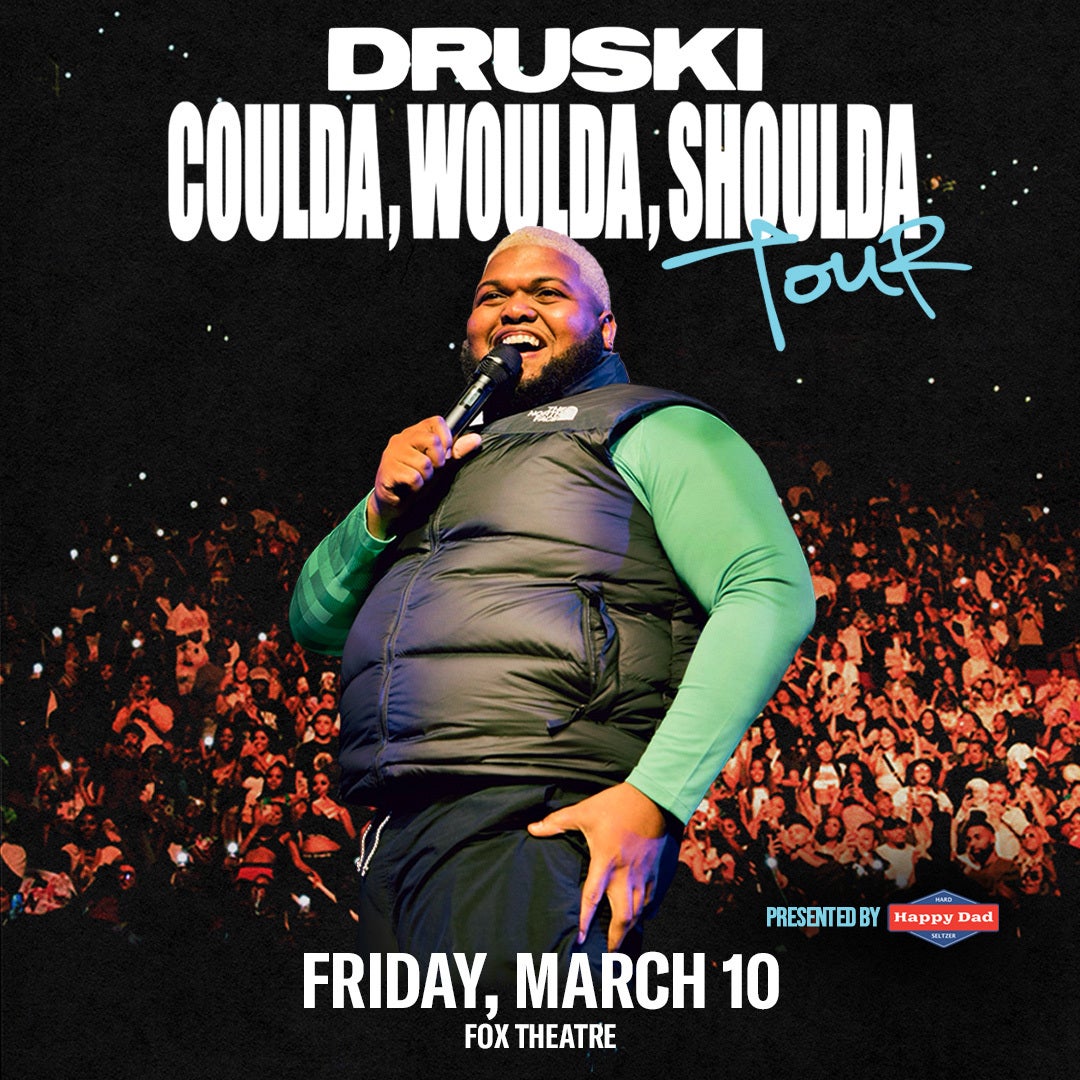