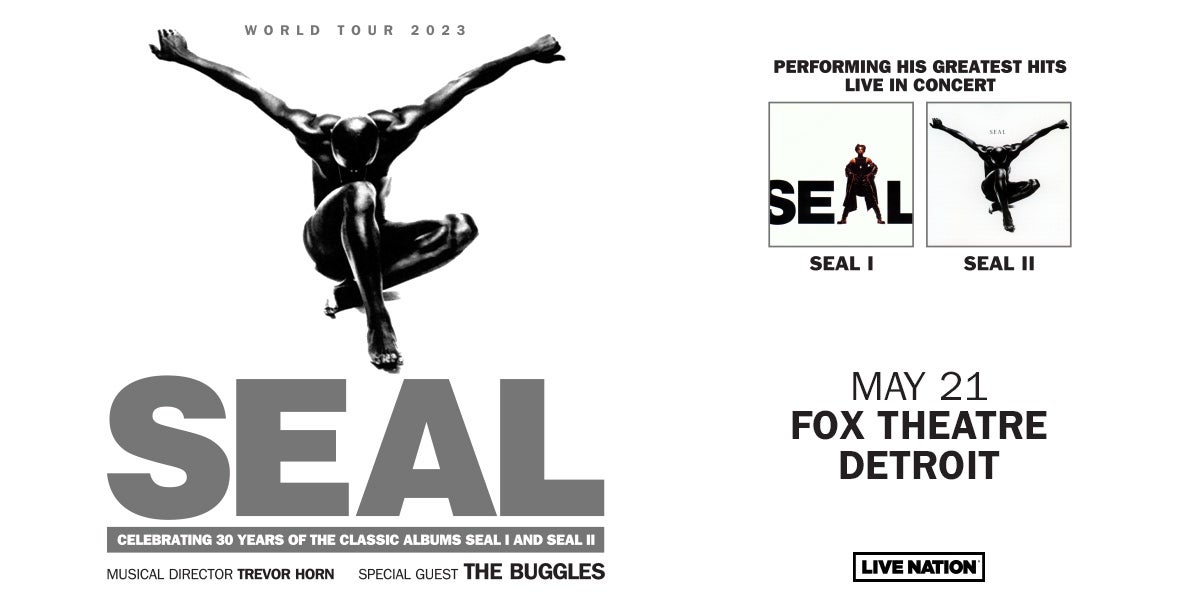 (DETROIT – January 18, 2023) –  Grammy® award-winning global icon Seal will embark on a massive 30TH Anniversary Tour across North America this spring, including a stop at the Fox Theatre on Sunday, May 21, 2023 at 7:30 p.m. Produced by Live Nation, he will team up with longtime producer and trusted collaborator Trevor Horn, who will take on the role of musical director for the run of shows; additionally, Horn’s acclaimed new wave band The Buggles will be featured as special guest performers. Comerica Bank is the exclusive presenting partner of the Fox Theatre.

The 30TH Anniversary Tour will commemorate three decades of his landmark self-titled debut album Seal (1991) and eponymous follow-up Seal II (1994). He will be performing the records in their entirety for the first time, delivering a set highlighted by classic chart-topping anthems such as “Crazy,” “Future Love Paradise,” “Killer,” and “Kiss From A Rose.” Expect soul staples and standards peppered throughout the set, showcasing the full spectrum of his incredible repertoire.

Last fall, he reissued Seal as the 4-CD/2-LP SEAL: DELUXE EDITION complete with rarities, a 12”x12” hardcover book that includes never-before-published photos and liner notes courtesy of Jim Farber, a previously unreleased 13-track concert performance, and more, with all music impeccably remastered by Trevor Horn. The set has been widely acclaimed: American Songwriter celebrated the set’s “incredible dance remixes,” while Paste proclaimed it one of “The 20 Best Album Reissues of 2022,” writing, “Looking back three decades later, Seal’s combination of pop, funk, rock and dance hit harder than we might have realized at the time.”

Seal notably reached RIAA platinum status in the United States, cracking the Top 30 of the Billboard 200. In the UK, it earned a double-platinum certification and captured #1 on the UK Album Charts. Describing the magic of this debut, Pitchfork likened it to “a vast, multi-sensory explosion of color and texture, a voice giving voice to something beautiful.”

Don’t miss what promises to be an unforgettable tour in honor of this landmark epic. Be on the lookout for more from Seal in 2023. 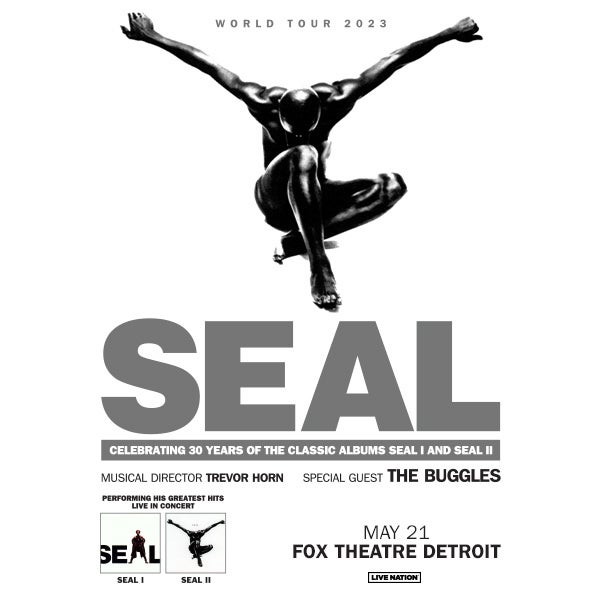 Seal
"World Tour 2023" with special guest The Buggles
Get Tickets