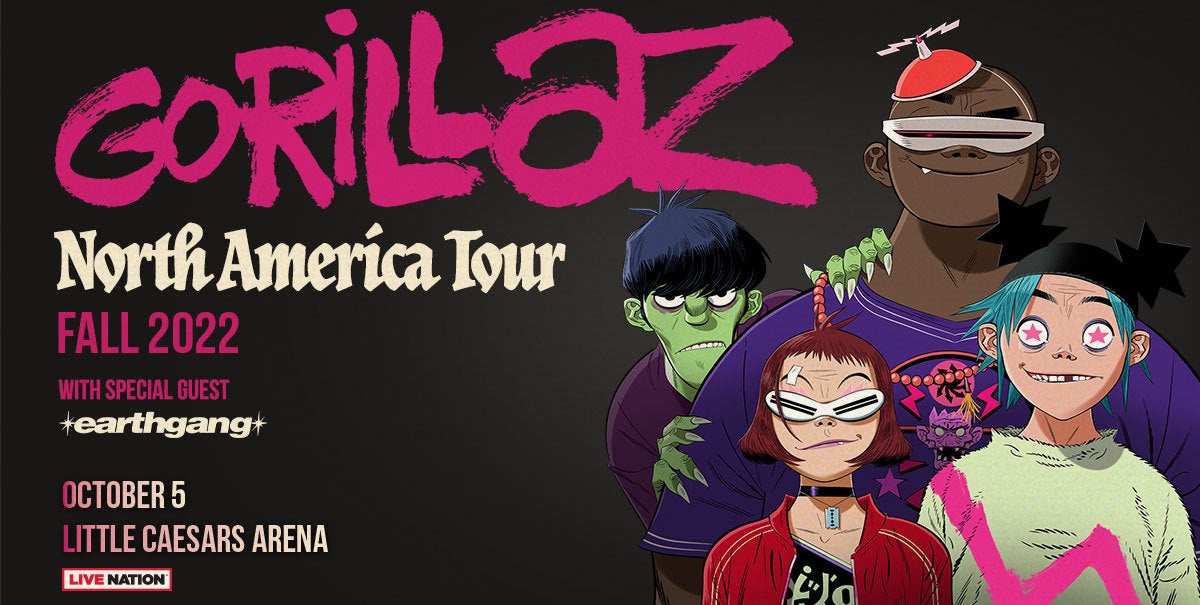 (DETROIT – May 16, 2022) – Gorillaz has confirmed an historic, rare and not to be missed “North American Tour” that will include a stop at Little Caesars Arena on Wednesday, October 5 at 7 :30 p.m. The tour, produced by Live Nation, is Gorillaz’ first Stateside trip since the 2018 trek that concluded with the inaugural “Demon Dayz Festival L.A.,” described by UPROXX as “truly something special to see," and is the band’s only planned North American outing on the horizon. The world’s most successful virtual act will once again be brought to life by Damon Albarn and the 14-piece Gorillaz live band — aided and abetted by a varying cast of guest performers — for a series of 21 unique and unforgettable arena dates across the U.S. and Canada. Support will be provided by EARTHGANG for the local date.

Tickets (starting at $55) go on sale Friday, May 20 at 10 a.m. at 313Presents.com, LiveNation.com, Ticketmaster.com and the XFINITY Box Office at Little Caesars Arena. For more information visit Gorillaz.com.

Gorillaz is currently bringing its spontaneous globe-trekking carnival to stages from South America to Europe, on its current “2022 World Tour.” The Fall 2022 dates comprise its only currently planned visit to North America. 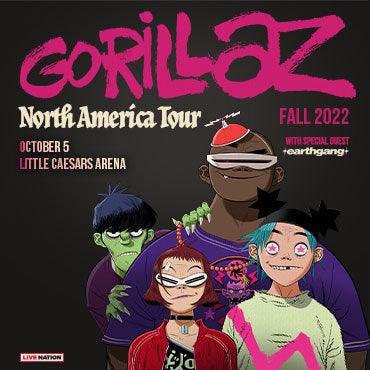