Tickets (starting at $39.50) go on sale Friday, September 27 at 10 a.m. and can be purchased at 313Presents.com, LiveNation.com the Fox Theatre and Little Caesars Arena XFINITY box offices and Ticketmaster.com. VIP packages, including meet & greet and exclusive merchandise, will be available on September 24.

Il Volo announce the global release of their new album 10 Years – The Best of (Sony Music) on November 8.  Available for preorder now, the new album celebrates the trio’s 10-year anniversary and pays homage to the career of three unique voices that have crossed national borders, selling millions of records, and climbed rankings worldwide.  The album arrives in the wake of Il Volo’s hugely successful summer tour, which took them to the most iconic Italian locations, from the Cava del Sole in Matera to the Teatro Antico in Taormina.

The new album, 10 Years – The Best of, offers all the best of Il Volo’s repertoire, from “O Sole Mio” to “My Way” to “Grande Amore.” The track list is comprised both by songs recorded in the studio and by new live recordings such as the June show in Matera, Italy which was filmed and will be broadcast later this year. Il Volo: Ten Years will make its premiere on PBS stations nationwide beginning November 30. Check your local listings for airdates & times.

In celebration of the 10-year anniversary, the group has also embarked on a world tour, which kicked off this past May in Japan, continues in Latin America beginning October 3, and arrives in North America on January 28.  The 23-date North American tour will include stops at iconic venues like Radio City Music Hall, Chicago Theatre and Microsoft Theater. Tickets for the tour will be available everywhere Friday, September 27 – for the latest in touring news and ticketing information, please visit ilvolomusic.com.

Piero Barone, Gianluca Ginoble and Ignazio Boschetto started their careers at a very young age, in 2009, and their constant ascent has led them to sing duets with artists like Barbra Streisand and Plácido Domingo. Other Accomplishments include winning the Sanremo Festival at the young age of 20, filling the Arena di Verona and the New York Radio City Music Hall, and reaping standing ovations in their tours all over Europe, America, and Japan. Their last album, Musica included the song “Musica che resta,” which won the group the podium at the Sanremo Music Festival.  Musica was among the Top 10 best-selling albums on iTunes in as many as 14 countries (from Malta, Brazil, Finland to Israel) and made second place in the daily ranking of best-selling records in Japan (Original Confidence Daily International Music Charts). 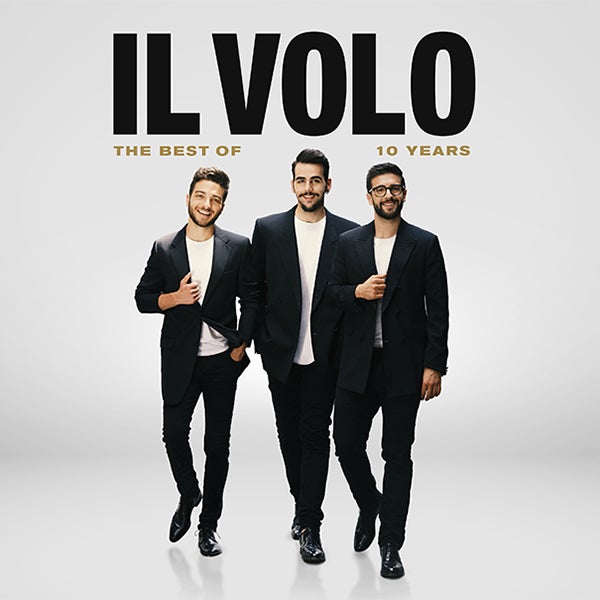