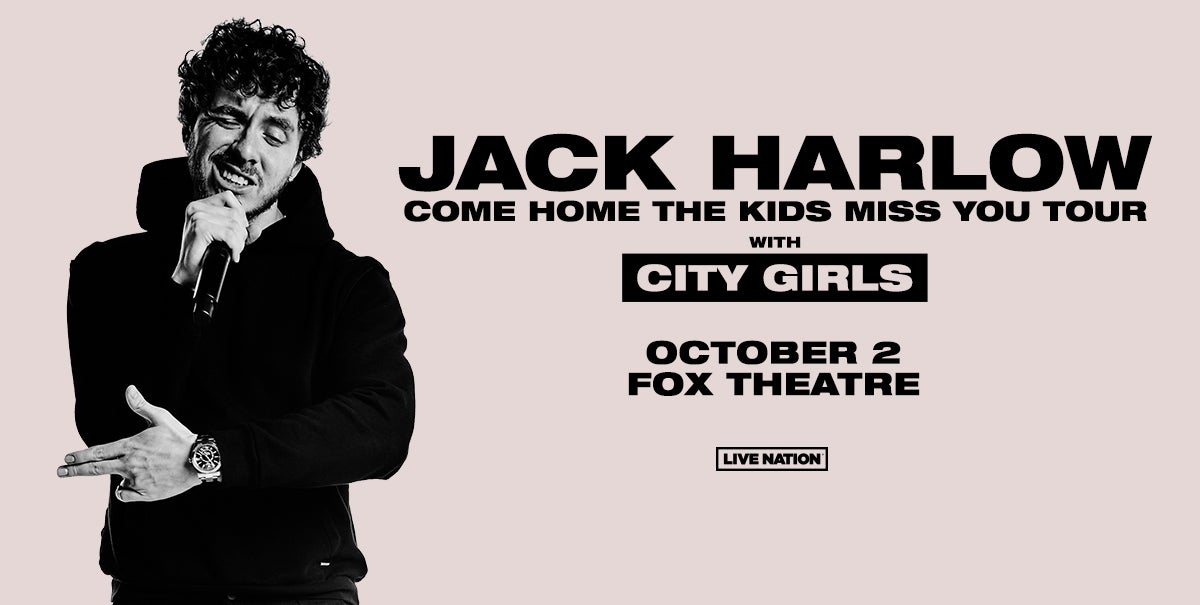 (DETROIT – May 9, 2022) – 3X GRAMMY nominated rapper Jack Harlow will hit the road for the “Come Home The Kids Miss You Tour,” presented by Live Nation. Kicking off on September 6, the headlining, nationwide trek will run through the Fall with a stop at the Fox Theatre on Sunday, October 2 at 8 p.m. Comerica Bank is the exclusive presenting partner of the Fox Theatre. The tour will see support from hip-hop duo, City Girls.

Tickets (starting at $39.50) go on sale Friday, May 13 at 10 a.m. at 313Presents.com, LiveNation.com, Ticketmaster.com and the XFINITY Box Office at Little Caesars Arena. The pre-sale for the “Come Home The Kids Miss You Tour” will start Wednesday, May 11 at 10 a.m. local time. Additional information available at https://www.jackharlow.us/tour.

Hailed as the “hitmaker of tomorrow” by Variety, Jack Harlow is one of music’s greatest new stars. The Louisville, KY native boasts three Grammy® Award nominations, two #1 singles, 12 RIAA platinum certifications, and over 5 billion career streams to date. Harlow released his critically acclaimed, RIAA platinum certified debut album, THATS WHAT THEY ALL SAY in December 2020, which featured the 7x Platinum worldwide hit, “WHATS POPPIN,” which peaked at #2 on the Billboard Hot 100 chart and earned the 24-year-old his first Grammy® nomination for “Best Rap Performance,” along with a wide array of other award nominations.

Harlow is now poised to reach even greater heights with his hugely anticipated second album, COME HOME THE KIDS MISS YOU, highlighted by the bombastic lead single “Nail Tech” and the infectious follow-up, “First Class,” which made a spectacular debut at atop the Billboard “Hot 100,” marking his first solo #1 single, while earning the biggest streaming week of 2022, thus far.

City Girls Hailed by Rolling Stone as being “the hottest duo in rap,” the City Girls has successfully claimed their stake as being the most notorious power players in female Hip Hop. Yung Miami (Caresha Romeka Brownlee) and JT (Jatavia Shakara Johnson), known for being authentic, uncensored and unapologetic, took the world by storm with their first two projects Period and Girl Code, followed by their contribution on Drake’s number one pop hit “In My Feelings.” The first ladies of Quality Control Music, Yung Miami and JT’s knack for storytelling mixed with their infectious personalities are responsible for empowering a cult following of women who not only have something to say but aren’t afraid to say it.

City Girls’ presence and ascent, as their lyrics suggest, are attributable to their resilience, pride and just a little bit of finesse. From “Take Yo Man,” “Pussy Talk,” multiplatinum and gold-selling single “Twerkulator,” and their latest release “Top Notch,” there’s no shortage of bravado, pleasures (both carnal and material), or pursuit of opportunities in their songs, which brim with a buoyant nonchalance, as if begging for someone to challenge them. This ownership over who they are—without shame or pause—that oozes from their music, carrying the proud, sex-positive hustler’s DNA of the Florida rap that preceded them. 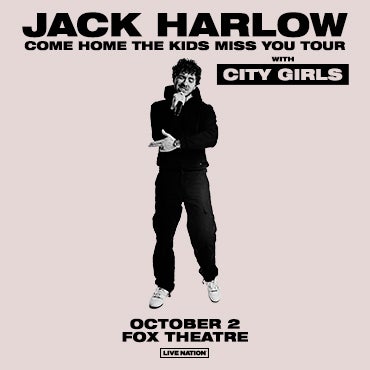