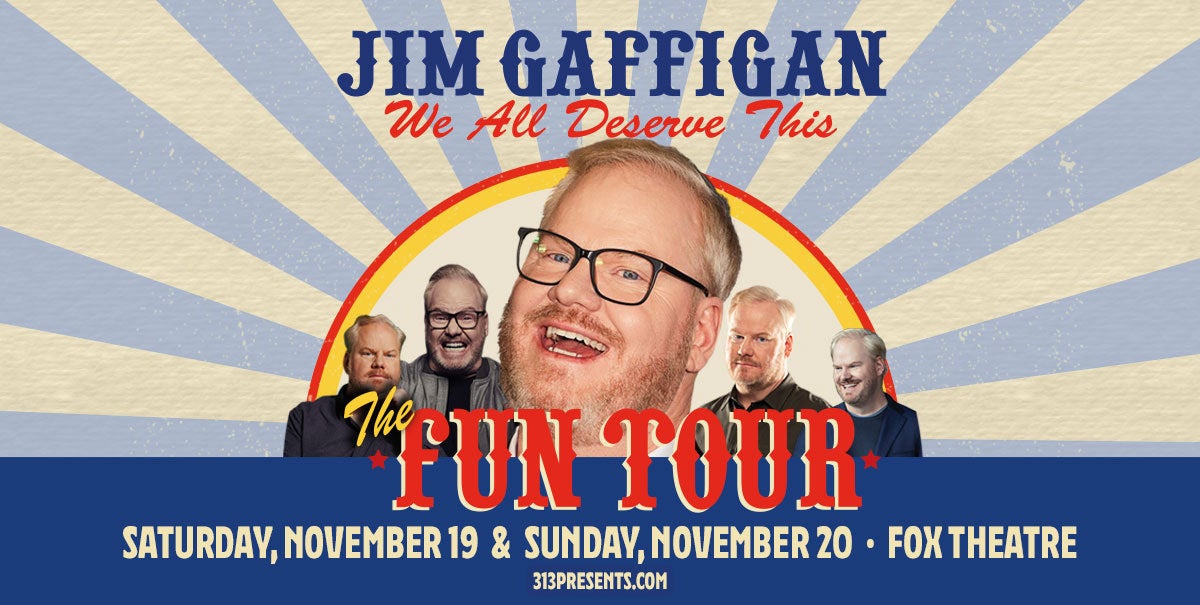 (DETROIT – June 6, 2022) – Due to popular demand, Jim Gaffigan announced today that he has added a second date for his 2022 “The Fun Tour” at the Fox Theatre on Sunday, November 20 at 7 p.m. Comerica Bank is the exclusive presenting partner of the Fox Theatre.

Tickets (starting at $39.75) for the newly announced date go on sale Friday, June 10 at 10 a.m. at 313Presents.com and Ticketmaster.com. Presale begins Thursday, June 9 at 10 a.m. A limited number of tickets for the first show on Saturday, November 19 are still available.

Jim Gaffigan is a six-time Grammy® nominated comedian, actor, writer, producer, two-time New York Times best-selling author, three-time Emmy winning top touring performer, and multi-platinum-selling recording artist. He is known around the world for his unique brand of humor, which largely revolves around his observations on life. Tickets for his “The Fun Tour” are currently at JimGaffigan.com.

A top ten earning comedian according to Forbes’ 2019 comedy list, Jim recently released his ninth stand-up special, Comedy Monster, on Netflix, which was hailed as “dynamite,” and “his best special,” by NY Times. He was also recently awarded for being the first comedian to reach one billion streams on Pandora.

Up next, Gaffigan will be seen as the lead in the Sci-Fi dramedy, Linoleum, which will premiere at SXSW this year, and will star as Mr. Smee in Disney’s Peter Pan and Wendy, opposite Jude Law and Yara Shahidi. He was also recently heard in Disney/Pixar’s highly anticipated film, Luca, opposite Jacob Tremblay and Maya Rudolph.

On the silver screen, his many credits include Three Kings, Super Troopers 1 & 2, and Chappaquiddick. 2019 was Gaffigan’s biggest year to date with an astonishing eight films releasing, three which premiered at the Sundance Film Festival including Troop Zero with Viola Davis and Alison Janney, Them That Follow and Light From Light – with many festival goers and press calling Gaffigan the “King of Sundance.”

Gaffigan also had two films recently in which he debuted as the lead. The comedic film Being Frank, and American Dreamer, a dark thriller which was the grand finale of 2019 for Jim and features him as a ride share driver who moonlights as a private driver for a drug dealer. Both films are now available for download. Gaffigan can also currently be seen opposite Ethan Hawke in IFC Films Tesla, as well as opposite Josh Hartnett in Saban Films Most Wanted.

In addition to two seasons of the critically acclaimed semi-autobiographical The Jim Gaffigan Show, which he wrote and produced with his wife Jeannie, and his widely popular stand-up comedy specials, Gaffigan has guest starred on many television comedies and dramas, ranging from Portlandia and Bob’s Burgers to the HBO cult hits Flight of the Concords to dramatic roles in Law & Order.

Gaffigan regularly does humorous commentaries on CBS Sunday Morning for which he has won 3 Emmys. In 2018, Jim served as master of ceremony at The Al Smith Memorial dinner. In 2015, Gaffigan had the great honor of performing for Pope Francis and over one million festival attendees at the Festival of Families in Philadelphia.

Gaffigan and his wife currently live in Manhattan with their five loud and expensive children.

For more dates and info go to: www.jimgaffigan.com 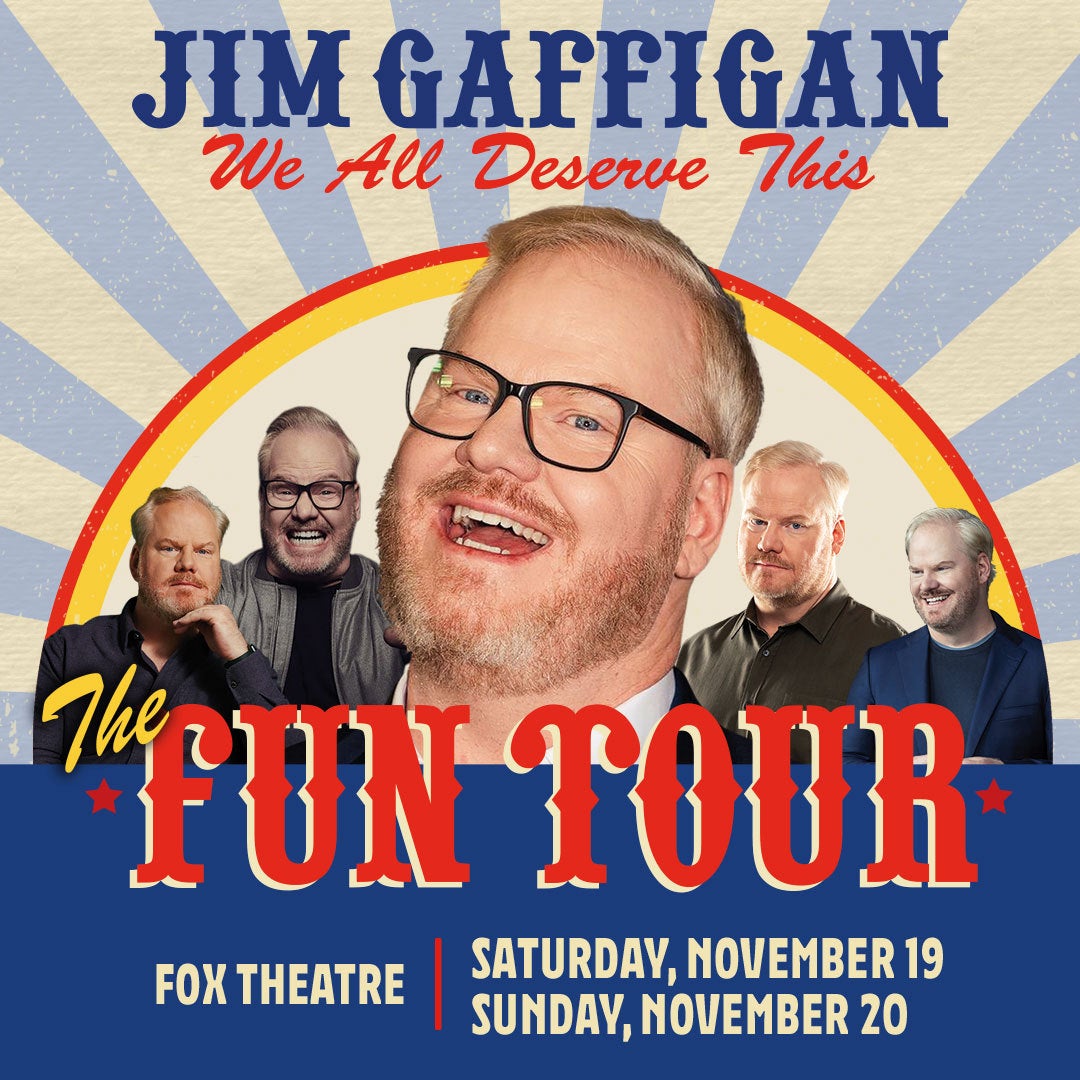