(DETROIT – October 31, 2019) – Journey have set an extensive North American tour in 2020 with the Pretenders that will feature all new production and hits from start to finish. The 60+ date tour, produced by Live Nation, includes a stop at DTE Energy Music Theatre on Sunday, July 5 at 7 p.m.

Tickets (starting at $35 on the lawn) go on sale Friday, November 8 at 10 a.m. and can be purchased at 313Presents.com, LiveNation.com, Little Caesars Arena XFINITY box office and Ticketmaster.com.

Fans can expect to hear iconic Journey classics such as “Lights,” “Faithfully,” “Any Way You Want It,” “Open Arms,” “Wheel In The Sky,” “Separate Ways (Worlds Apart),” and the seminal “Don’t Stop Believin’,” which is the top-selling digital catalog track in history,  as well as Pretenders’ hits such as “I’ll Stand By You,” “Back On The Chain Gang,” “Brass In Pocket,” “Don’t Get Me Wrong,” “2000 Miles,” “My City Was Gone,” “Middle of the Road,” and many more.

American Express® Card Members can purchase tickets for select shows before the general public beginning Monday, November 4, at 10 a.m. through Thursday, November 7, at 10 p.m. Citi and other local presales will start on Tuesday, November 5, at 10 a.m.

Pretenders cross the bridge between punk, new wave and pop music like no other band, with genre-defining songs like “I'll Stand By You,” “Back On The Chain Gang” and “Don't Get Me Wrong.” The band has sold over 25 million albums and founder and leader Chrissie Hynde is one of contemporary music’s greatest songwriters. Chrissie’s 2015 memoir Reckless: My Life As a Pretender, was hailed by the New York Times upon its release as “honest and distinctive… a love letter to rock and roll.” After delivering 2016’s unflinchingly head-strong Alone album (produced by the Black Keys’ Dan Auerbach), the Pretenders continue to tour worldwide.

JOURNEY is one of the most popular American rock bands of all time, creating some of the best-known songs in modern music. Since the group’s formation in 1973, the band has earned 19 top 40 singles and 25 Gold and Platinum albums and has sold nearly 100 million albums globally.  Their Greatest Hits album is certified 15 times-Platinum, bringing Journey into the elite club of Diamond-certified award holders. The band continues to tour and record into the 21st century, performing concerts for millions of fans worldwide, and received the prestigious Billboard “Legends of Live” touring award.  2018’s massive co-headlining tour with Def Leppard was the band’s most successful tour to date, landing them in the Top 10 year-end touring chart with more than 1 million tickets sold. In 2017, Journey was inducted into the Rock and Roll Hall of Fame. In March 2019, Journey released a live DVD/CD set from their concert at the Budokan in Tokyo, featuring the first-ever performances of the band’s Escape and Frontiers albums in their entireties. Journey received a star on the Hollywood Walk of Fame, was inducted into the Hollywood Bowl Hall of Fame, and is the subject of the award-winning documentary, Don’t Stop Believin’: Everyman’s Journey. 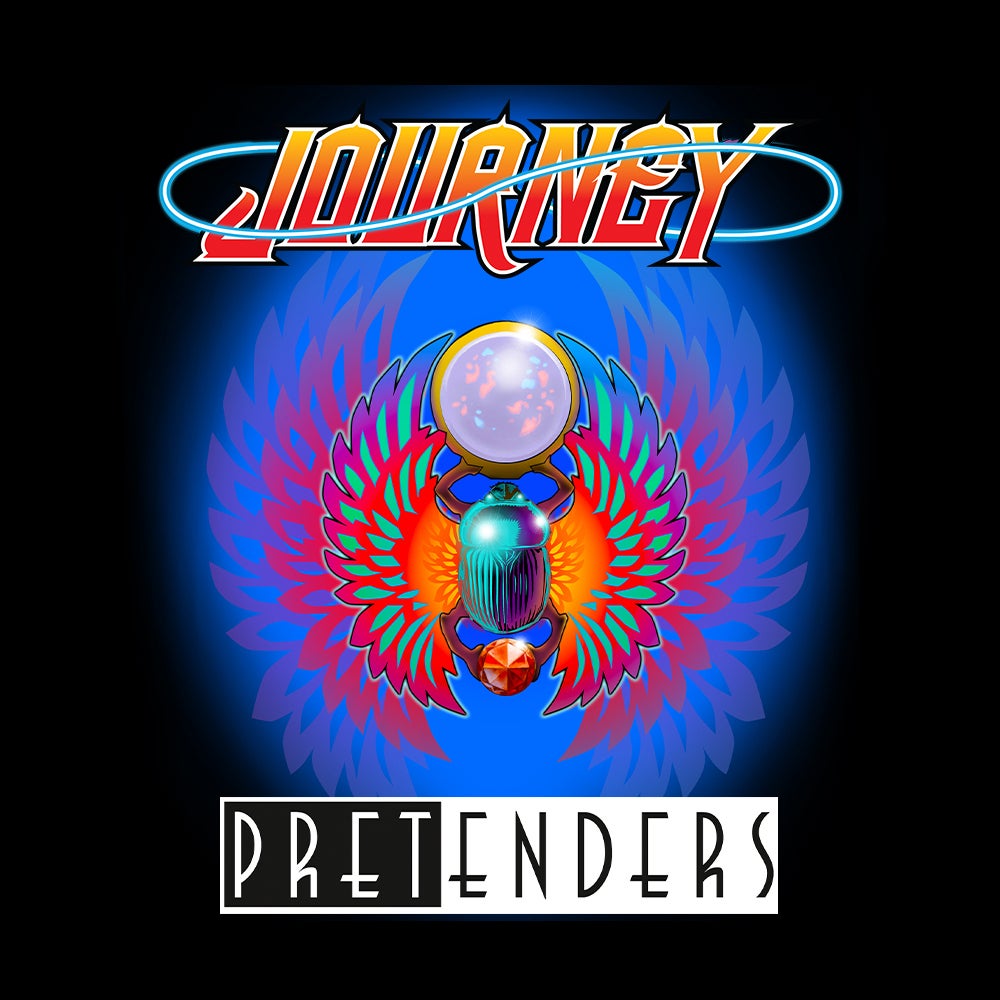