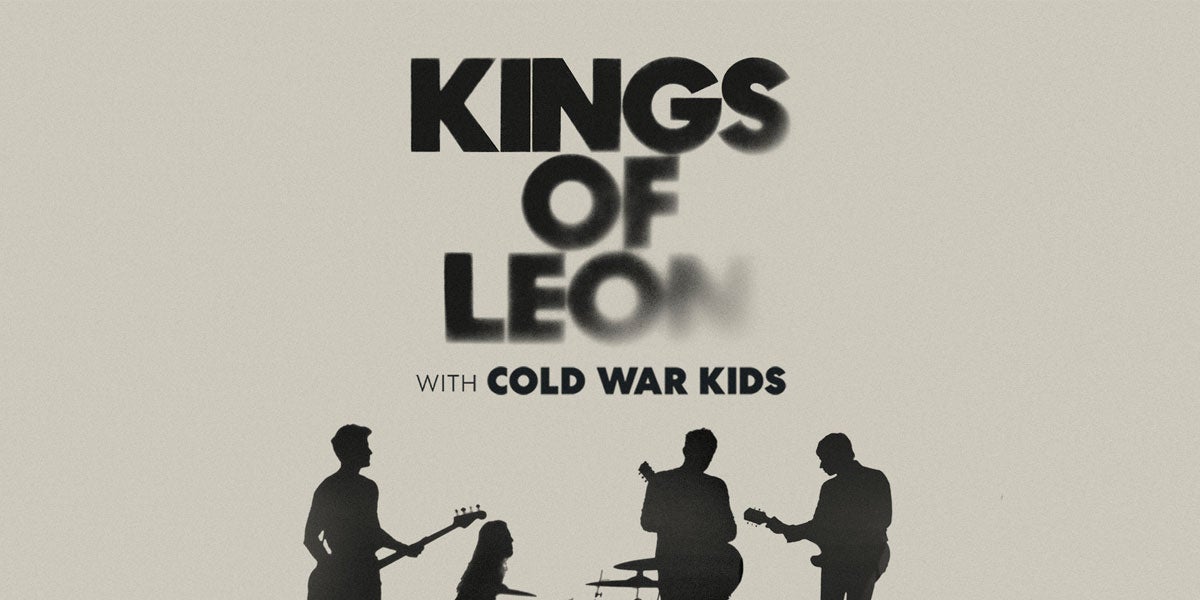 Home/KINGS OF LEON ANNOUNCE “WHEN YOU SEE YOURSELF TOUR” AT DTE ENERGY MUSIC THEATRE AUGUST 15, 2021

KINGS OF LEON ANNOUNCE “WHEN YOU SEE YOURSELF TOUR” AT DTE ENERGY MUSIC THEATRE AUGUST 15, 2021

(DETROIT – May 17, 2021) – The Grammy Award-winning group Kings of Leon has announced their “When You See Yourself Tour” will head to DTE Energy Music Theatre on Sunday, August 15, 2021 at 7:30 p.m. Produced by Live Nation, the tour will travel through more than 20 cities in support of their groundbreaking new album of the same name. Cold War Kids will join as support.

Tickets (starting at $36 on the lawn) go on sale Friday, May 21 at 10 a.m. at 313Presents.com, LiveNation.com or Ticketmaster.com. All venue box offices are currently closed.

Known for their impressive live performances, which have consistently been praised by critics for their dynamic creative, Kings of Leon will take to the stage performing new material alongside fan favorite tracks in their highly anticipated return to live shows. The band expressed their excitement to get back on the road when speaking with SPIN for their April cover. “It has that fun first day of summer camp vibe to it, which we’ve missed so much. It’s going to be super cool to get out there and play these songs for the first time.” said Nathan Followill. Check out the cover and read the full article here.

Special guests Cold War Kids will join them as support, with band frontman Nathan Willett adding, “We are so excited to open for Kings of Leon on tour all over the US! Like- thrilled beyond belief, losing our minds about it! Let’s go!”

Earlier this year, Kings of Leon released their innovative eighth studio album When You See Yourself, marking the first time ever that a new album was released as an NFT. In a first of its kind launch, the innovative album release made waves through the music industry, quickly becoming one of the most successful wide-scale use of NFTs within the music industry to date. In the history making drop, the band made available six GOLDEN TICKET experiences, offering fans four front row seats, each tour, to the show of their choosing, anywhere in the world, FOR LIFE. NFT YOURSELF album token holders were also able to redeem “Going Nowhere” (an acoustic version of the album track ‘Supermarket’). The previously unreleased version of the track is being given as a token of appreciation to everyone who was willing to invest in the future of music, during a year of uncertain futures. As Kings of Leon continue exploring ways to connect directly with their fans, NFT YOURSELF will be the gift that keeps on giving.

The drop has raked in 1k Ethereum, which at today’s valued exchange rate, is approximately 3.7 million dollars. $600,000 of that has gone to directly benefit Live Nation’s Crew Nation. Echoing this sentiment on tour, the band will continue to give back to their musical community with one dollar from every ticket going directly to their newly formed Inherit The Music foundation.

Inherit The Music is embarking on a campaign to inspire the next generation of musicians. Co-founded by Kings of Leon and philanthropist Alisha Ballard, Inherit The Music supports local organizations that pay forward the gifts that only music can provide. By providing resources and funding education programs at all age levels, this newly formed charitable organization aims to impact the aspiring musicians of today and the future.

Kings of Leon’s latest album, When You See Yourself, was recorded at Nashville’s famed Blackbird Studios and produced by Grammy Award-winning Markus Dravs. The album has received critical acclaim with Rolling Stone Magazine noting “...the band’s eighth album is an arena rock of the mind,” that “lunges and soars with rippling guitar leads cascading across some of the dirtiest riffs the band has put on a record since the New South-meets-neo-Strokes garage moves of its first two albums... this record might surprise you.”

About Kings of Leon
Since their debut in 2003, Kings of Leon (Caleb (guitar/vocals), Nathan (drums), Jared (bass) and Matthew Followill (guitar)) have released seven albums (Youth & Young Manhood (2003), Aha Shake Heartbreak (2004), Because of the Times (2007), Only by the Night (2008), Come Around Sundown (2010), Mechanical Bull (2013), WALLS (2016), sold over 20 million albums and nearly 40 million singles worldwide. The multi-platinum selling band has had five singles on the Billboard Hot 100 chart, all seven of their studio albums on Billboard’s Top 200 list and two singles that reached #1 on Modern Rock radio. With the release of WALLS, the band garnered their first-ever number one album debut on the Billboard Top 200. In addition, they have had eight Grammy Nominations, three Grammy Award wins, three NME Awards, two Brit Awards, and one Juno Award. They have toured all over the world, playing at top venues and headlining major festivals such as Bonnaroo, Lollapalooza, Austin City Limits, and Glastonbury. Kings of Leon most recently released their eighth studio album When You See Yourself on March 5th to critical and fan acclaim. 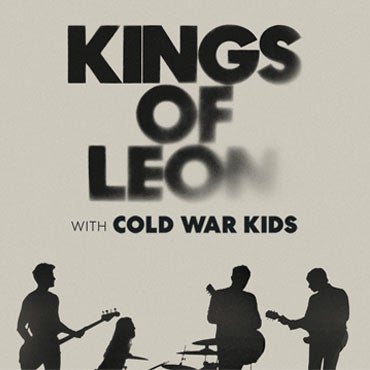 Kings of Leon
with Cold War Kids
Get Tickets