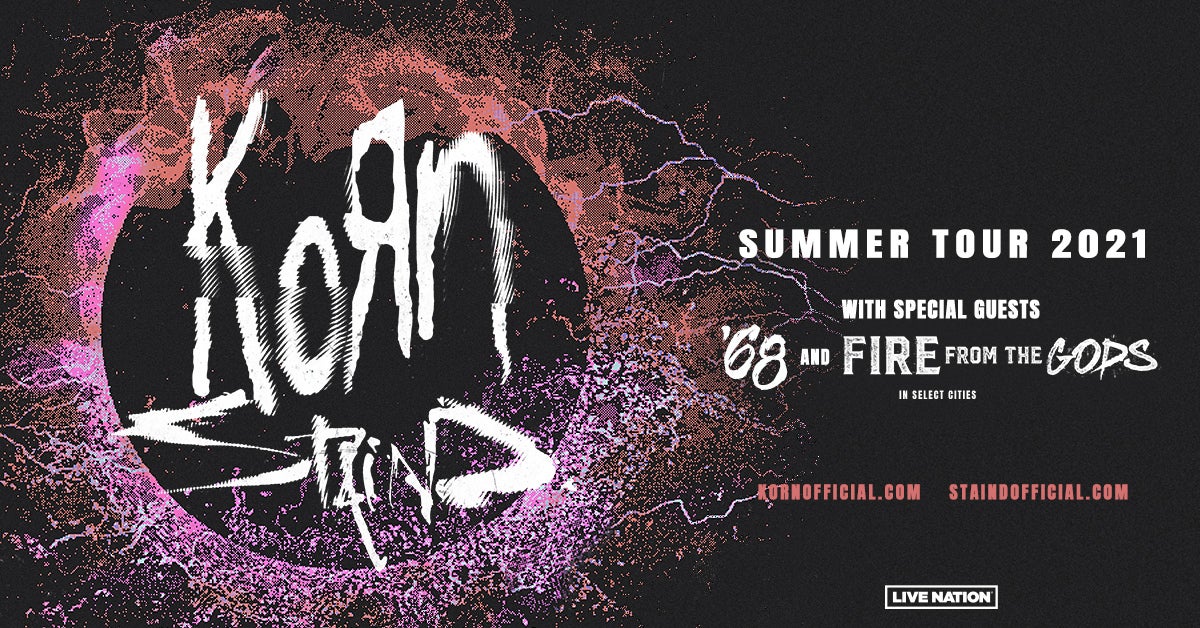 (DETROIT – May 12, 2021) – Grammy® Award-winning, multi-platinum band Korn have announced an epic U.S  summer tour featuring very special guests Staind on all dates. The tour will see both bands traversing the country this summer and will give fans the chance to see two of the biggest forces in rock perform on the same stage each night, including a stop at DTE Energy Music Theatre on Tuesday, August 31, 2021 at 6:30 p.m.

Tickets (starting at $29.50 on the lawn) go on sale Friday, May 14 at 12 p.m. at 313Presents.com, LiveNation.com or Ticketmaster.com. All venue box offices are currently closed. Fans will have access to pre-sale tickets beginning Thursday, May 13 at 10 a.m. local time.

Produced by Live Nation, the coast-to-coast 28-city outing will kick off August 5 in West Palm Beach, FL and make stops in Long Island, Detroit, Irvine, Phoenix, Austin and more, before wrapping up with a performance at Dallas’ Dos Equis Pavilion on September 21. Furthermore, both bands will perform at Louisville, Kentucky’s Louder Than Life Festival on September 23.

A stunning paean to loss and darkness, Korn’s 2019 album The Nothing proved to be another historic release for the band.  It marked their 14th Top 10 entry on the Billboard 200 and lifted them into rarified air giving them the fifth-most Top 10 debuts of any rock band in the history of the chart. Led by singles “You’ll Never Find Me,” “Can You Hear Me,” and “Cold,” Noisey declared The Nothing “continues Korn’s mission of probing the hidden corners and harsh realities of life within a shroud discordant darkness.”  Revolver crowned The Nothing “Korn’s best album in over 10 years,” while Metal Hammer affirmed the album “recaptures the genuine darkness of their earlier works” in a glowing 4.5-out-of-5 star review. The Fader added, “Korn have never shied away from innovation... the icons have always looked forward,” and Los Angeles Times applauded the “…deep and potent performances from the band, evoking their ever-present rage but also feelings of loss and isolation.” NME affirmed, “This urgent and important record will ensure the veterans don’t get lost in the shuffle.” Once again, Korn redefine, revitalize, and reimagine the scope of rock music as perennial outliers and enduring iconoclasts.

Formed in 1995, Staind has released seven studio albums and eight Top 10 singles, selling over 15 million records worldwide. The album Break The Cycle, released in 2001 and RIAA certified 5x platinum, featured the smash single “It’s Been Awhile,” one of the most played songs in modern rock history, spending 20 weeks at #1. In 2019 after a five-year hiatus, Staind reunited for some unforgettable festival performances, and a hometown reunion show at Foxwoods Casino in Mashantucket, CT where their new album, Live: It’s Been Awhile was recorded. 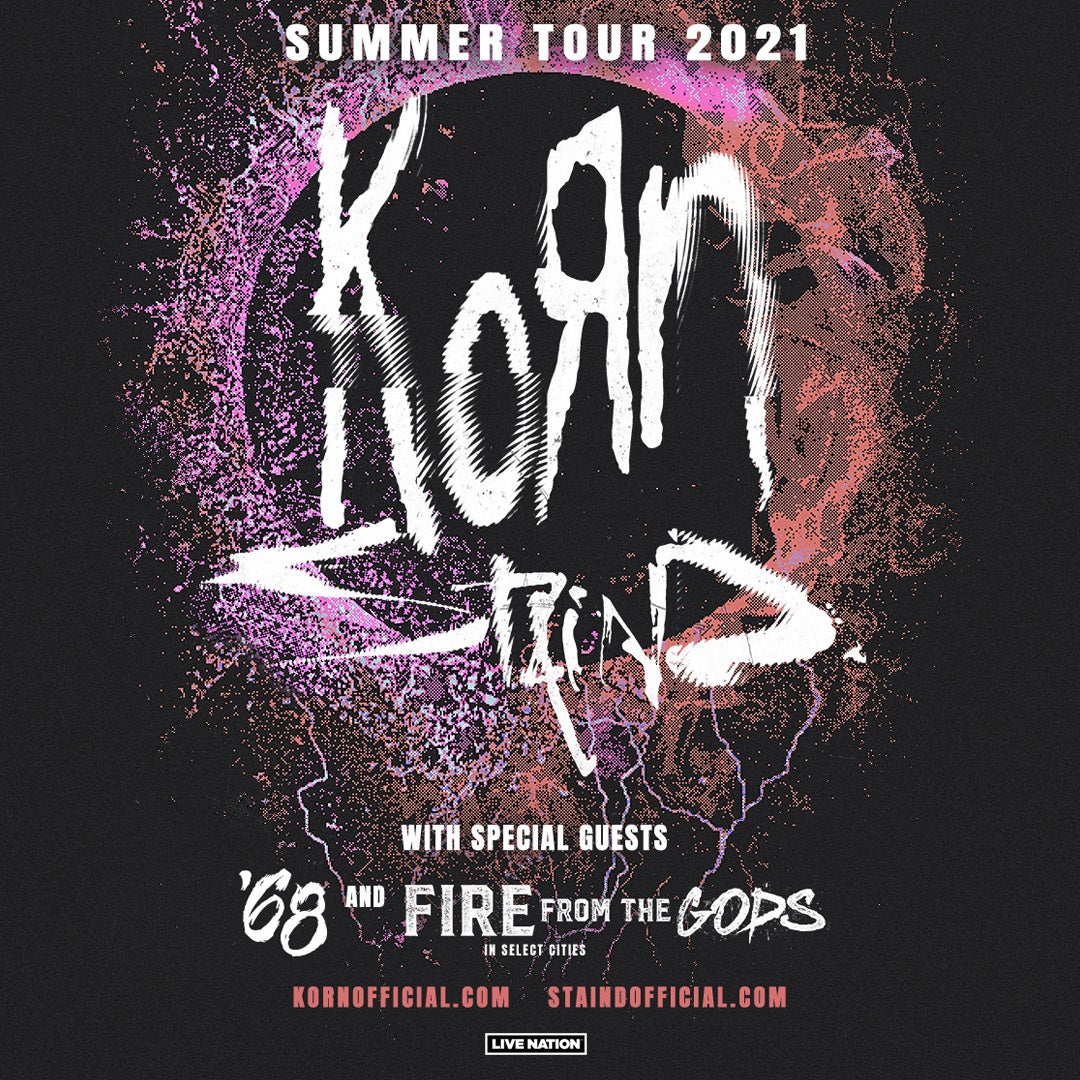