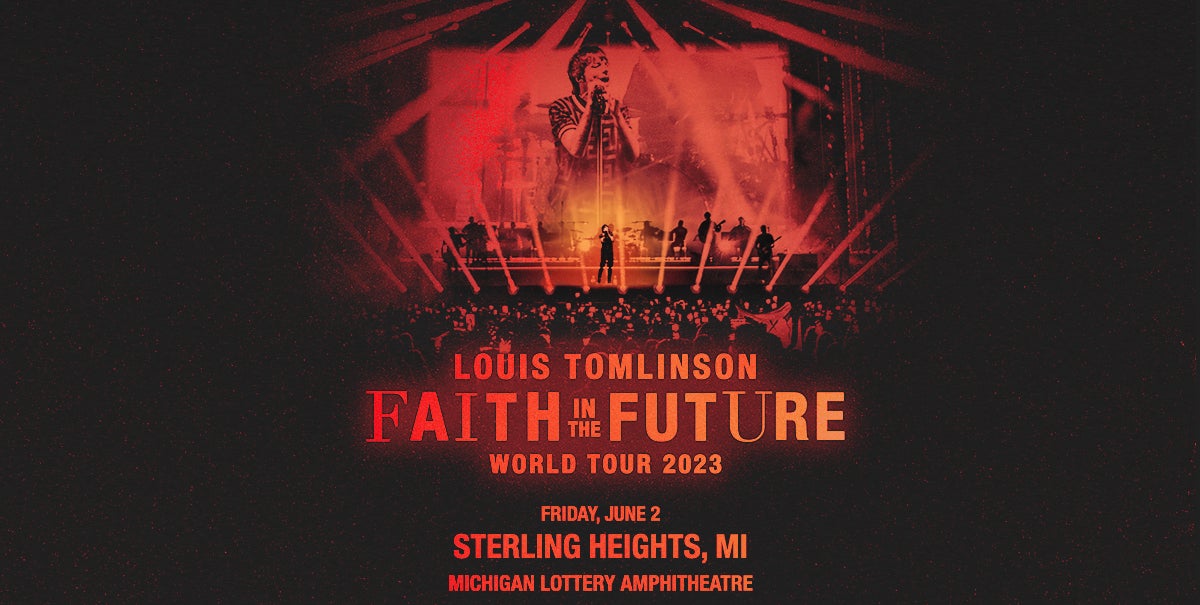 (DETROIT – November 10, 2022) – Today, Louis Tomlinson announced the North American Tour dates for his headlining world tour in addition to his recently announced UK and European Arena tour for 2023. The “Faith In The Future World Tour” tour will span across North America from May to July and include shows at the iconic Hollywood Bowl in Los Angeles, Forest Hills Stadium in New York City, Red Rocks Amphitheater in Colorado and more before bringing the singer-songwriter to Europe from August to November next year. The tour makes a stop at Michigan Lottery Amphitheatre on Friday, June 2, 2023 at 7 p.m.

Tickets (starting at $29.70 on the lawn) go on sale Friday, November 11 at 10 a.m. To purchase tickets in the Crest Ford pavilion, Ford Motor Company luxury seats and on the lawn, visit 313Presents.com, LiveNation.com and Ticketmaster.com.

Yesterday, Louis Tomlinson unveiled one final taste of his upcoming album with the release of  'Silver Tongues' - listen here. 'Silver Tongues' is a rousing earworm, bursting at the seams with joyful nostalgic energy. Written with Joe Cross (Lana Del Ray, Courteeners) and Theo Hutchcraft from Hurts, the track is another bold step forward sonically for Louis.

"Silver Tongues’ is probably the song I'm most proud of on the record”, says Louis.

This Friday sees the release of Louis's long awaited second album 'Faith In The Future'. The title epitomizes Louis's optimistic worldview, producing a collection of songs designed for the live environment. After spending the first portion of his adult life working 100 miles per hour, Louis reveled in taking his time to make sure he got his sophomore album right. He's made Faith In The Future on his watch, and collaborators include Mike Crossey (The 1975, Wolf Alice), Rob Harvey, Dan Grech (The Killers, The Vaccines, Halsey), Nico Rebscher (Alice Merton) and the aforementioned Joe Cross and Theo Hutchcraft.

In celebration of the new album, Louis will perform “Silver Tongues” on The Tonight Show starring Jimmy Fallon tomorrow on NBC at 11:35pm ET/10:35pm CT. He will also celebrate album release with a special, one-night only, sold out show tomorrow night at New York City’s Irving Plaza.

Featuring both the anthemic first single 'Bigger Than Me' and indie punk fan favorite 'Out Of My System', the album begins in emphatic style with the pounding drums of 'The Greatest', which Tomlinson says is a celebration of the relationship has amassed with his avid fanbase. Other stand out tracks include indie floor-filler, 'Written All Over Your Face', blissful roof-down summer anthem, 'Lucky Again', tearjerkers 'Angels Fly' and 'Holding On To Heartache', alongside the retrospective 'Common People', a beautiful and poignant homage to his hometown Doncaster.

There's a delicate balance to 'Faith In The Future', with Louis exhibiting the full capability of his talents whilst never refraining from sounding unapologetically like him for a nanosecond. 'All This Time' sees Louis dip his toes back into dance music, whilst 'She Is Beauty We Are World Class' is a full-blown dance track perfect for an Iberian sunset, yet still feels genuine and honest.

'Walls' was an album Louis needed to get off his chest, but he now has uncompromisingly expanded his wings and evolved.

In 2021, Louis was listed in the Guinness Book Of World Records for breaking the record for the most livestreamed concert by a solo male artist. Louis hosted one of the biggest live stream concert events ever held, selling over 160,000 tickets to fans in over 110 countries and raising funds for several important charities and touring crew affected by the pandemic. Following the huge success of the festival's 2021 debut, August also saw the return of Louis’ highly successful The Away From Home Festival. The one-day event was staged this year at the stunning Marenostrum Fuengirola in Malaga Spain, hosting 18,000 fans and selling out in just 24hrs with a line-up of some of the best new British bands. 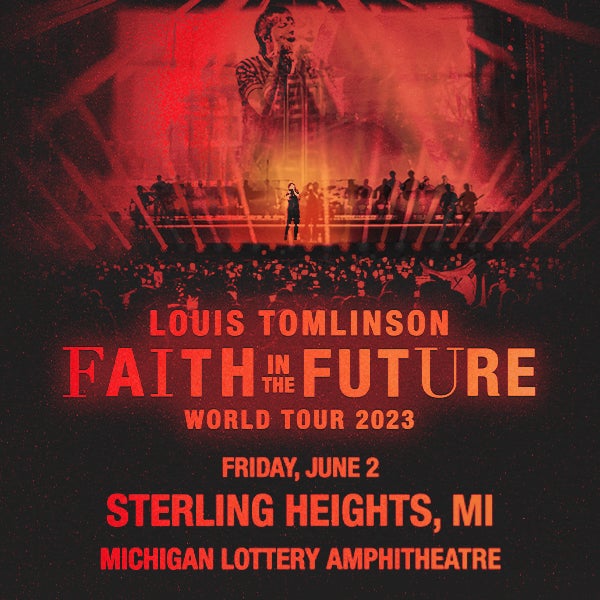 Louis Tomlinson
Faith In The Future World Tour 2023
Get Tickets