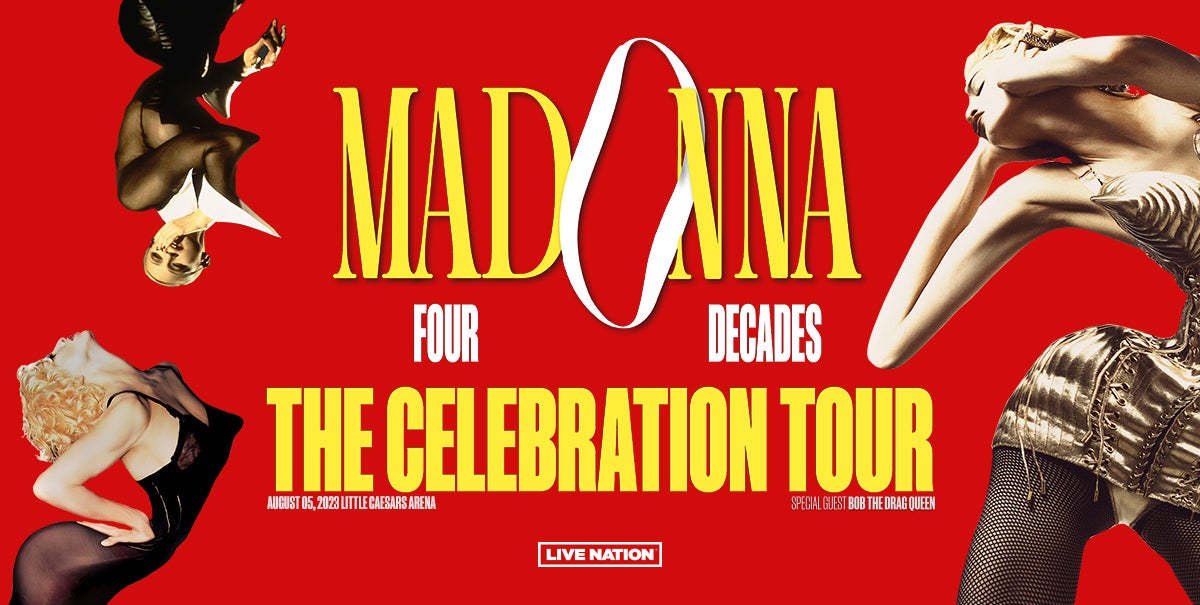 (DETROIT – January 17, 2023) – Madonna, the best-selling female solo touring artist of all time, has announced “Madonna: The Celebration Tour” with a performance scheduled at Little Caesars Arena on Saturday, August 5 at 8:30 p.m. The global tour will highlight her unmatched catalog of music from the past 40 plus years with special guest Bob the Drag Queen a.k.a. Caldwell Tidicue across all dates.

Citi is the official card of “Madonna The Celebration Tour.” Citi cardmembers will have access to presale tickets for shows going on sale on Friday, January 27 starting on Tuesday, January 24 at 10 a.m. local time through Thursday, January 26 at 6 p.m. local time.  For complete presale details visit citientertainment.com.

Legacy members of Madonna’s Official Fan Club will have a pre-sale opportunity for the North American based shows going on sale on January 27 beginning on Monday, January 23 at 10 a.m. through  Wednesday, January 25 until 5 p.m.  Visit madonna.com for complete tour and ticketing information.

Today’s announcement was made with an iconic viral video with a wink to her groundbreaking film Truth or Dare. The video features notable names such as Diplo, Judd Apatow, Jack Black, Lil Wayne, Bob The Drag Queen, Kate Berlant, Larry Owens, Meg Stalter, Eric Andre and culminates with Amy Schumer daring the global superstar to go on tour and perform her four decades of mega hits. Madonna rises to the challenge announcing, “The Celebration Tour.”

Produced by Live Nation, the 35-city global tour will kick off in North America on Saturday, July 15 at Rogers Arena in Vancouver, BC with stops in Detroit, Chicago, New York, Miami, Los Angeles, and more before making its way to Europe where she will hit 11 cities throughout the fall, including London, Barcelona, Paris and Stockholm, among others. “The Celebration Tour” will wrap in Amsterdam, NL on Friday, December 1 at Ziggo Dome.

“The Celebration Tour” will take us on Madonna’s artistic journey through four decades and pays respect to the city of New York where her career in music began. “I am excited to explore as many songs as possible in hopes to give my fans the show they have been waiting for,” states Madonna. 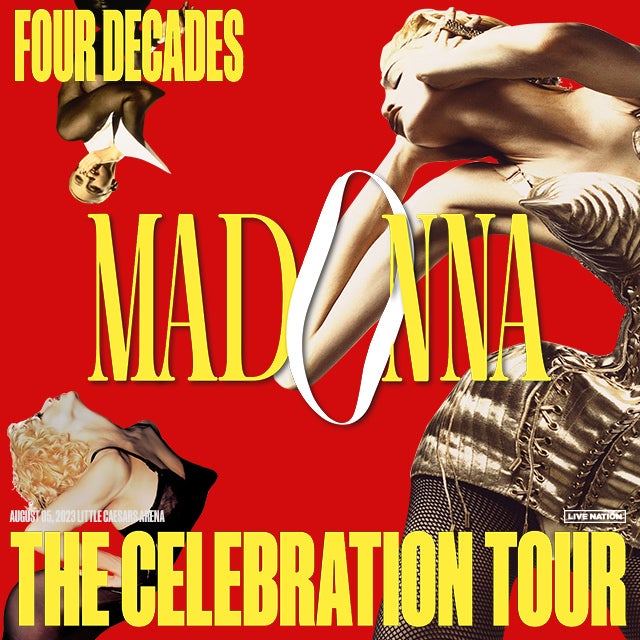 Madonna
"The Celebration Tour" with special guest Bob the Drag Queen a.k.a. Caldwell Tidicue
Get Tickets