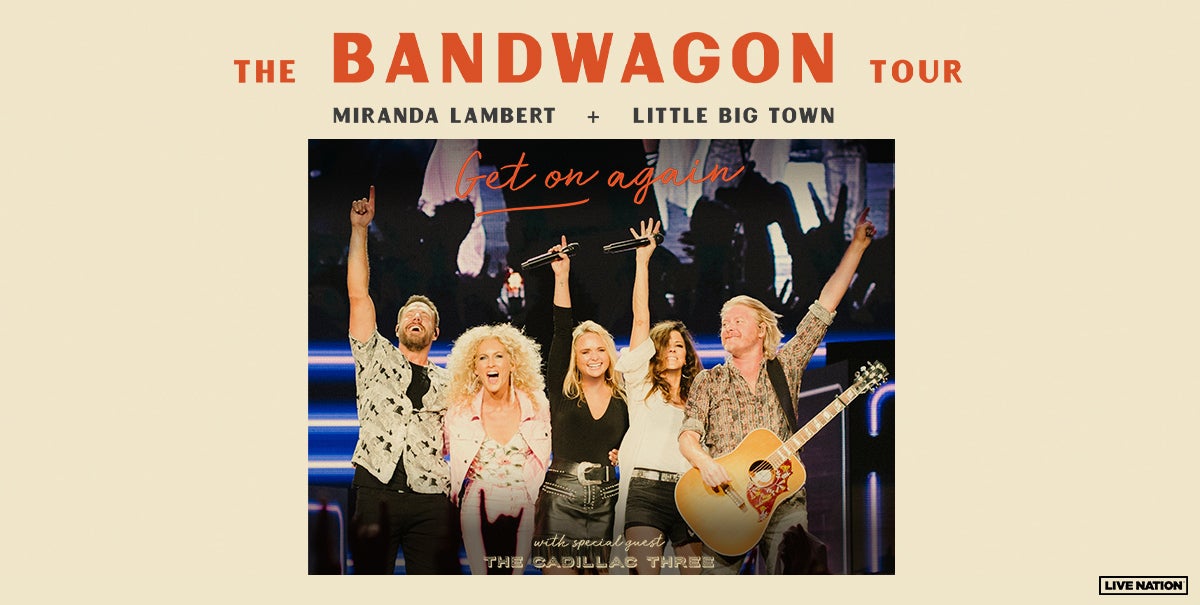 Tickets (starting at $41 on the lawn) go on sale Friday, January 14 at 10 a.m. at 313Presents.com, LiveNation.com, the XFINITY Box Office at Little Caesars Arena and Ticketmaster.com.

Citi is the official card of “The Bandwagon Tour.” Citi cardmembers will have access to presale tickets beginning Tuesday, January 11 at 12 p.m. local time until Thursday at 10 p.m. local time through the Citi Entertainment program. For complete presale details visit citientertainment.com.

Both critically acclaimed artists in their own right, together Lambert and Little Big Town tout a combined 43 ACM Awards, 23 CMA Awards and seven Grammys®. Lambert’s latest single, “If I Was A Cowboy,” is currently climbing the charts at Country radio while her recent collaborative project, The Marfa Tapes, is nominated for a Grammy® at the upcoming awards ceremony and was named among 2021’s best by American Songwriter, Billboard, LA Times, Rolling Stone, TIME, Vulture and more. Little Big Town is currently back in the studio and will release their 10th studio album later this year. This record follows the No. 1 Country album Nightfall (released in 2020) which includes singles “Over Drinking,” Grammy®-nominated “The Daughters” and “Wine, Beer, Whiskey.” It was also nominated for the Grammy® Award for Best Country Album and received rave reviews from The Wall Street Journal, Entertainment Weekly and Paste Magazine, among others. Billboard editors describe the band as reaching “substantive emotional richness that few groups can touch” on the album.

In addition to teaming up with Little Big Town on “The Bandwagon Tour,” Lambert and The Cadillac Three will kick things off a week prior, closing out the month of April with stops in Tuscaloosa, Ala. as well as Johnson City and Franklin, Tenn.

The most decorated artist in the history of the Academy of Country Music, Lambert has earned 35 ACM Awards (including a record-setting nine consecutive Female Vocalist of the Year Awards), 14 CMA Awards, three Grammy® Awards, the Nashville Symphony Harmony Award, ACM Gene Weed Milestone Award and ACM Song of the Decade Award, plus was named 2019 RIAA’s Artist of the Year. She is the youngest artist ever to serve as the Country Music Hall of Fame & Museum’s Artist in Residence, joining a legendary list of predecessors including Kris Kristofferson, Guy Clark, Tom T. Hall, Jerry Douglas, Cowboy Jack Clement, Earl Scruggs, Connie Smith, Roseanne Cash, and more. Lambert was also inducted into the National Cowgirl Hall of Fame in October 2021.

The celebrated singer/songwriter released her seventh studio album, Wildcard, in 2019, which was declared one of the year’s best albums by GQ, Variety, Billboard, Rolling Stone, Slate and many more. Wildcard features Grammy® Award-nominated single “It All Comes Out in the Wash,” plus her No. 1 smash hit “Bluebird” and Top 5 “Settling Down.” Lambert’s seventh consecutive No. 1 album, Wildcard joins her lauded discography that includes The Weight of These Wings (2016), Platinum (2014), Four The Record (2011), Revolution (2009), Crazy Ex-Girlfriend (2007) and Kerosene (2005). In addition, she has released four albums with her trio, the Pistol Annies, including Hell Of A Holiday in 2021, as well as The Marfa Tapes, a critically acclaimed, raw and intimate recording with collaborators Jack Ingram and Jon Randall.

About Little Big Town
Grammy®, ACM, CMA and AMA Award-winning group Little Big Town – consisting of members Karen Fairchild, Phillip Sweet, Kimberly Schlapman and Jimi Westbrook – first entered the music scene over 23 years ago, making them one of the longest running bands in the history of country music with all original members, no breaks and no hiatus. They have released nine studio albums throughout their career, four of which reached No. 1 on the Country Albums chart (The Reason Why, Tornado, The Breaker and Nightfall).

Little Big Town has earned more than 45 award show nominations and has taken home over 20 awards, including four GRAMMYs, nine CMA Awards, eight ACM Awards, an AMA, a People’s Choice Award and an Emmy Award. The band was inducted into the Grand Ole Opry in 2014, received a star on the Nashville Walk of Fame in 2017, and in 2018 was featured at the Country Music Hall of Fame and Museum in a yearlong exhibit entitled Little Big Town: The Power of Four.

The band will open for The Eagles this summer in Europe.

About The Cadillac Three
Leaving a lasting impression on fans across the globe with their instinctive sonic tendencies, The Cadillac Three prove they are Nashville's most versatile band – spending their formative years playing music together in garages before graduating to sold-out venues and being added to major festival lineups. Singer-guitarist Jaren Johnston, drummer Neil Mason and lap-steel player Kelby Ray have been performing together for over a decade and adding to their following of both Country and Rock loyalists. TC3 boasts chart-topping tracks and album cuts for Keith Urban, Tim McGraw, Miranda Lambert and Steven Tyler, to name a few. Mason wrote “Payback” alongside Aaron Eshuis and Ryan Hurd, whose single version featured TC3 and followed Rascal Flatts’ previous release of the track. Both collectively and individually, they have been nominated for Grammy® and ACM Awards.

TC3 remained resolute in their creativity in 2020, releasing two albums – February’s Country Fuzz and October’s surprise Tabasco & Sweet Tea – hosting Country Fuzz Radio and serving the music community. “The Cadillac Three’s contribution to a year like no other can be measured in albums released, songs released (28), live-streamed shows recorded, donations collected, venues supported, mouths fed and positive messages sent. Landing a spot on the revered list [ACM Awards], among their friends, collaborators, and peers, feels like a victory for the trio who has never stopped putting in the work,” observes American Songwriter. With “Long After Last Call” Rolling Stone noted TC3 “Sound the Alarm for Clubs in Crisis” while their “Bridges” music video shoot teamed up with Music Venue Alliance Nashville.

TC3’s freewheeling vibe finds fans from all sides of the world relishing in their unpredictable sets, touring on their own and with A-listers Eric Church, Dierks Bentley and Luke Bryan, plus iconic rockers Metallica and Slayer. As a popular international act, TC3 was named Best New Band at the 2014 UK Classic Rock Roll of Honour Awards and received a 2019 CMA International Award nomination for International Artist Achievement. 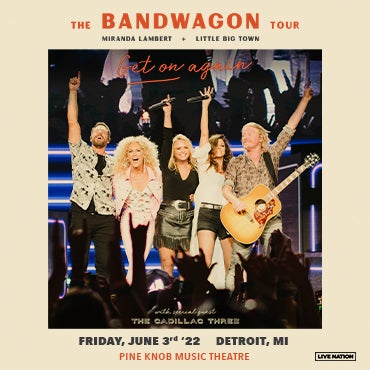