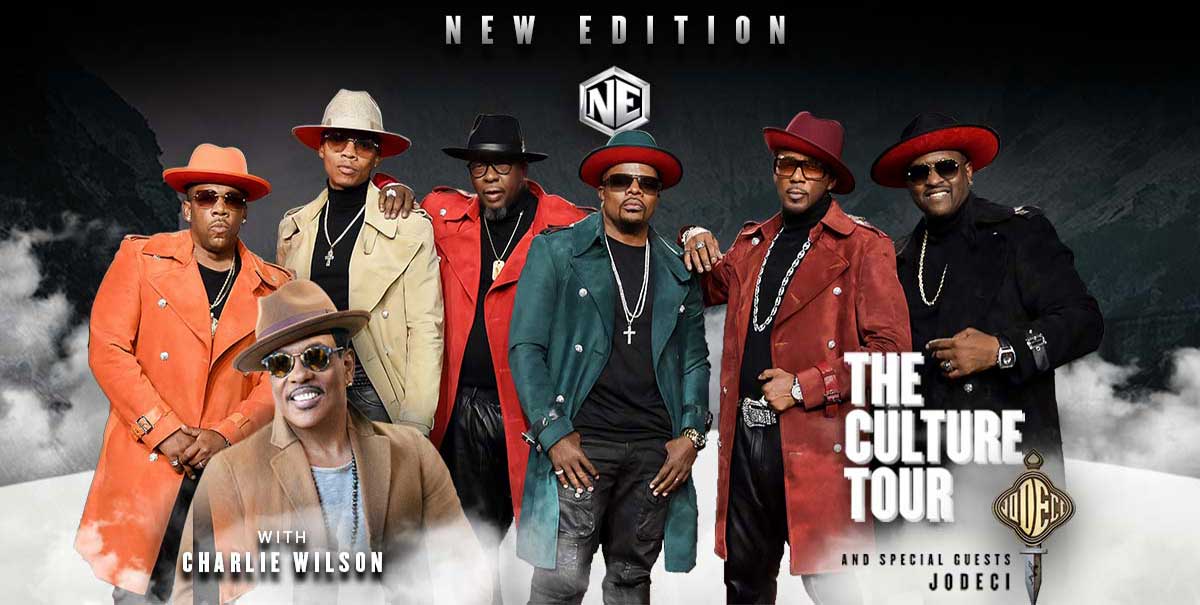 (DETROIT – December 13, 2021) – Veteran R&B group New Edition headlines an iconic lineup with the legendary Charlie Wilson, along with special guest, Jodeci, the bad boys of R&B. “The Culture Tour“ kicks off a 30-city tour February 2022, in Columbus, Ga., with at stop in Detroit at Little Caesars Arena on Sunday, March 6 at 7 p.m.

In 1983, New Edition released their debut single Candy Girl off their self-titled album, hitting No.1 on the Billboard Hot Black Single Charts, jumping ahead of Michael Jackson’s Beat It. Since then, New Edition has released more than six studio albums, received multiple Soul Train and American Music Awards, and a Grammy Award nomination. In 2017, BET Network released their three-part Biopic: The New Edition Story, airing over three consecutive nights. The mini-series attracted 29 million total viewers. That same year, the network honored them with the BET Lifetime Achievement Award, recognizing the group as one of the innovators of R&B. They have remained one of the most influential R&B groups of the last 30 years and counting, catapulting the solo careers of Bobby Brown, Johnny Gill, and Ralph Tresvant, and Bell Biv DeVoe.

Viewers experienced a sense of nostalgia during the American Music Awards in November 2021, when New Edition performed alongside 80’s boy band, New Kids on the Block. Often credited as the creators of the modern-day boy bands, New Edition will attract fans old and new. Starring all six members, Ronnie DeVoe, Bobby Brown, Ricky Bell, Michael Bivins, Ralph Tresvant, and Johnny Gill, this is the group’s first tour since 2014.

With a career spanning over four decades, Charlie Wilson also known as “Uncle Charlie,” is one of the few names in music that resonate with multiple generations of music lovers. Beginning as the co-founder/lead singer for The Gap Band (“Outstanding, “Burn Rubber On Me,” “Yearning For Your Love,”) Wilson later embarked on a successful solo career garnering himself thirteen Grammy awards nominations, eleven NAACP Image Awards (including two wins), the BMI Icon Award in 2005, and the 2009 Soul Train Icon Award. His #1 solo hits include “Charlie, Last Name Wilson,” “There Goes My Baby,” and “You Are” to name a few. In 2020 and 2009, he was named Billboard magazine's No. 1 Adult R&B Male Artist and remains the Top Adult Male Artist with the most #1s in three decades. He was honored by BET with a Lifetime Achievement Award in 2013 with an all-star tribute by Justin Timberlake, Pharrell Williams, and Snoop Dogg.

Representing the sound that shaped 90s R&B, the iconic group Jodeci joins the tour as a special guest. The group debuted their first album, Forever My Lady, in 1991 and have sold more than 20 million records worldwide. They have been the soundtrack to many music lover’s most memorable moments for over 30 years with hit songs "Forever My Lady,” "Stay,” and "Come and Talk To Me". After a several year hiatus the group has reunited and are ready to show fans why they reign supreme as one of the most iconic R&B groups of all time. 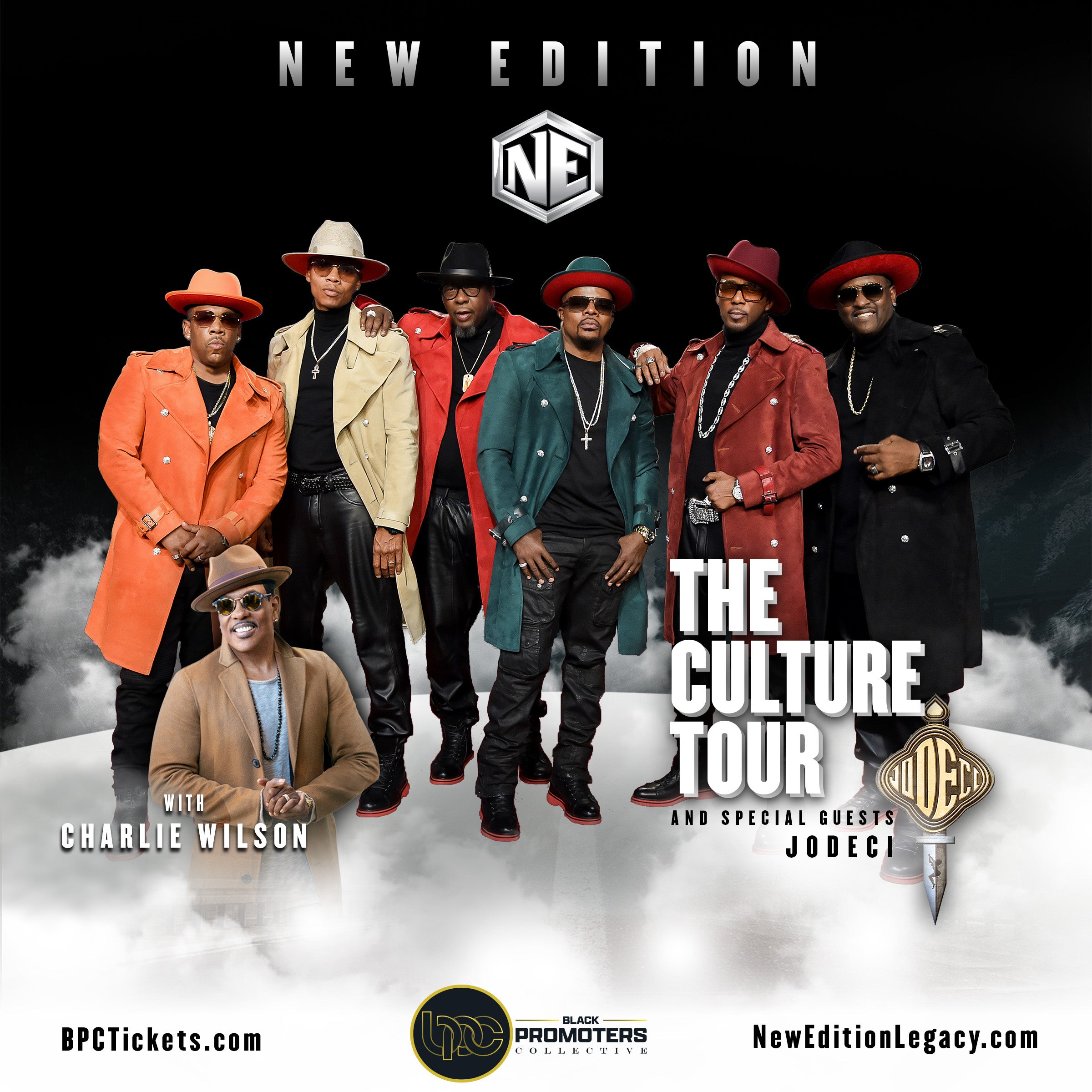