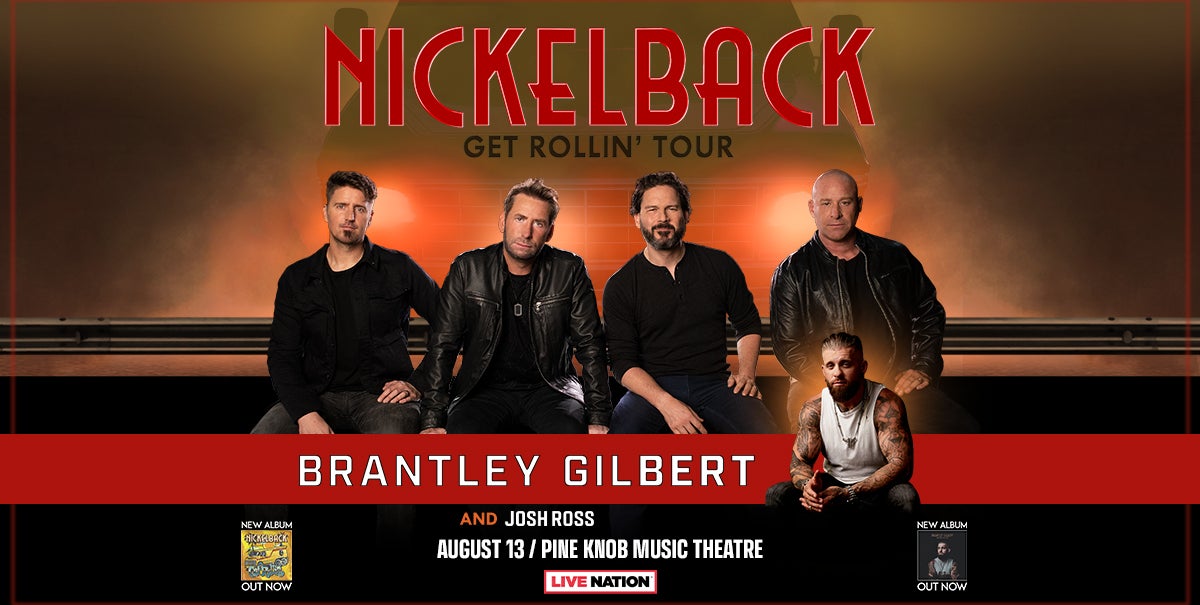 Tickets go on sale Friday, January 27 at 10 a.m. at 313Presents.com, LiveNation.com and Ticketmaster.com.

Nickelback’s first album in five years, Get Rollin’ was released November 18, 2022, via BMG and debuted at #2 across the Current Rock, Alternative, Hard Music and Digital Album charts. The record also landed on the ARIA Album Chart at #3 and in the Top 10 in the UK, Canada, Germany, Australia and Austria. Additionally, Get Rollin’ debuted at #1 in Switzerland, a career first for the band. The highly acclaimed new album is a thrilling soundscape of adventure, nostalgia and emotional exploration. With the new record, Nickelback continues their incomparable legacy as “one of rock’s biggest-ever bands,” as noted by KERRANG and furthering their legacy is set to be inducted into the Canadian Music Hall of Fame at the JUNO Awards on March 13, 2023.

Named the “most successful rock band of the decade” by Billboard in 2009, Nickelback is one of the most commercially viable and important acts of the past two decades. The four-piece, comprised of Chad Kroeger, Mike Kroeger, Ryan Peake and Daniel Adair, is globally celebrated for their career defining and award-winning hits including “How You Remind Me,” “Photograph,” “Far Away” and “Rockstar” which all held top spots on the Billboard 100. Their success includes worldwide sales of more than 50-million units, solidifying their status as one of the top-selling acts of all time and the second best-selling foreign act in the U.S., in the 2000’s decade, behind only The Beatles. Their inescapable and irresistible smash “How You Remind Me” was named Billboard’s ‘Top Rock Song of the Decade’. It was the number-one most played song on U.S. radio (any format) in the 2000’s decade according to Nielsen Soundscan, with over 1.2 million spins.

Amongst all of these accolades, they’ve also been named Billboard’s “Top Rock Group of the Decade” and received nine Grammy Award nominations, three American Music Awards, a World Music Award, a People’s Choice Award, twelve JUNO Awards, seven MuchMusic Video Awards, and have been inducted into Canada’s Walk of Fame (2007). With more than 23 chart-topping singles and fans spanning the globe, Nickelback boasts twelve consecutive sold-out world tours, playing to well over 10-million diehard and adoring fans. In March 2023 Nickelback will be inducted into the Canadian Music Hall of Fame at the JUNO Awards.

With back-to-back Platinum albums and a grassroots following millions strong, Brantley Gilbert’s music has been shared, covered and adopted as the soundtrack to Saturday night and Sunday morning by audiences around the world. The Georgia native who started as the defiant life-of-the-party can still go ‘til sunrise, but he’s also emerged as something far greater: the leader of a massive tribe of hard-working, fun-loving believers for whom electric guitar-shredding, rapping, and twang can go hand-in-hand-in-hand. They call themselves the BG Nation, and when the BG Nation watches Gilbert on a stage, they don’t just see a star. They see themselves. Seven No. 1 hits punctuate his career: “Country Must be Country Wide,” “You Don’t Know Her Like I Do,” CMA Awards Song of the Year nominee “Dirt Road Anthem,” “My Kinda Party,” RIAA 5x Platinum-certified “Bottoms Up,” “One Hell of an Amen” and collaboration with Lindsay Ell “What Happens In A Small Town.” Gilbert’s landmark record Just As I Am clinched the 2014 American Music Award for Favorite Country Album. Earning praise from the New York Times, NPR, American Songwriter, and more, Gilbert has mined a rich vein of conflict between the party and the pew on all of his albums. Instead of toiling in limbo, unable to enjoy good times for fear of Judgment Day, Gilbert fully lives––rowdy friend, man of faith, devoted husband, smitten father––just as he is. Gilbert’s new album, So Help Me God, includes his latest single “Heaven By Then” with Blake Shelton and featuring Vince Gill, and is available now.

Josh Ross debuted with his independently released Top 5 chart-topping cathartic ballad on romantic losses, "First Taste Of Gone”. In 2022, Ross celebrated his major-label signing to Universal Music Canada along with his management team signing to The Core Entertainment. Often writing from personal experience, Ross has delivered versatile lyrics throughout his collection of songs. Recently he shared his live sessions of “First Taste of Gone,” “On A Different Night,” and his TikTok fan favorite cover of The Goo Goo Dolls’ “Iris,” garnering over 32.1 million global streams, the CCMA Rising Star nominated singer-songwriter continues to impact an international music stage. In November 2022, Ross joined Jordan Davis, and Tyler Hubbard of Florida Georgia Line for a one-time-only performance at the 109th Grey Cup (Canada). In January 2023, Ross joined Bailey Zimmerman in Georgia, North Carolina and South Carolina for three sold-out shows. Ross continues to carve out his place in Country music across the nation with chart-topping music releases and performances on both sides of the border. 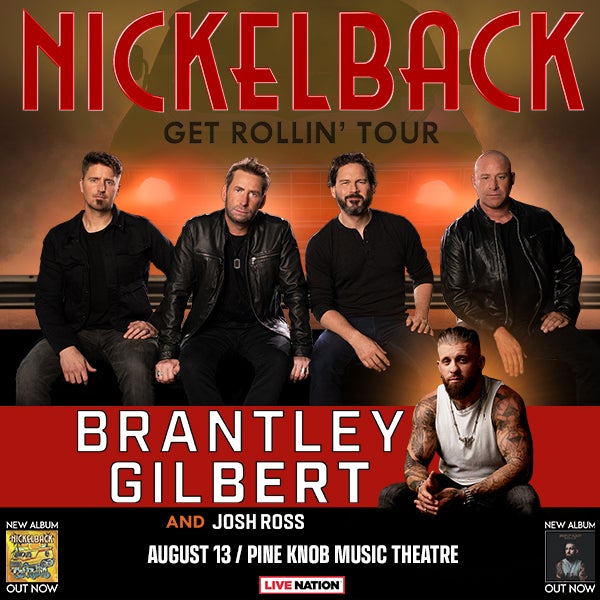