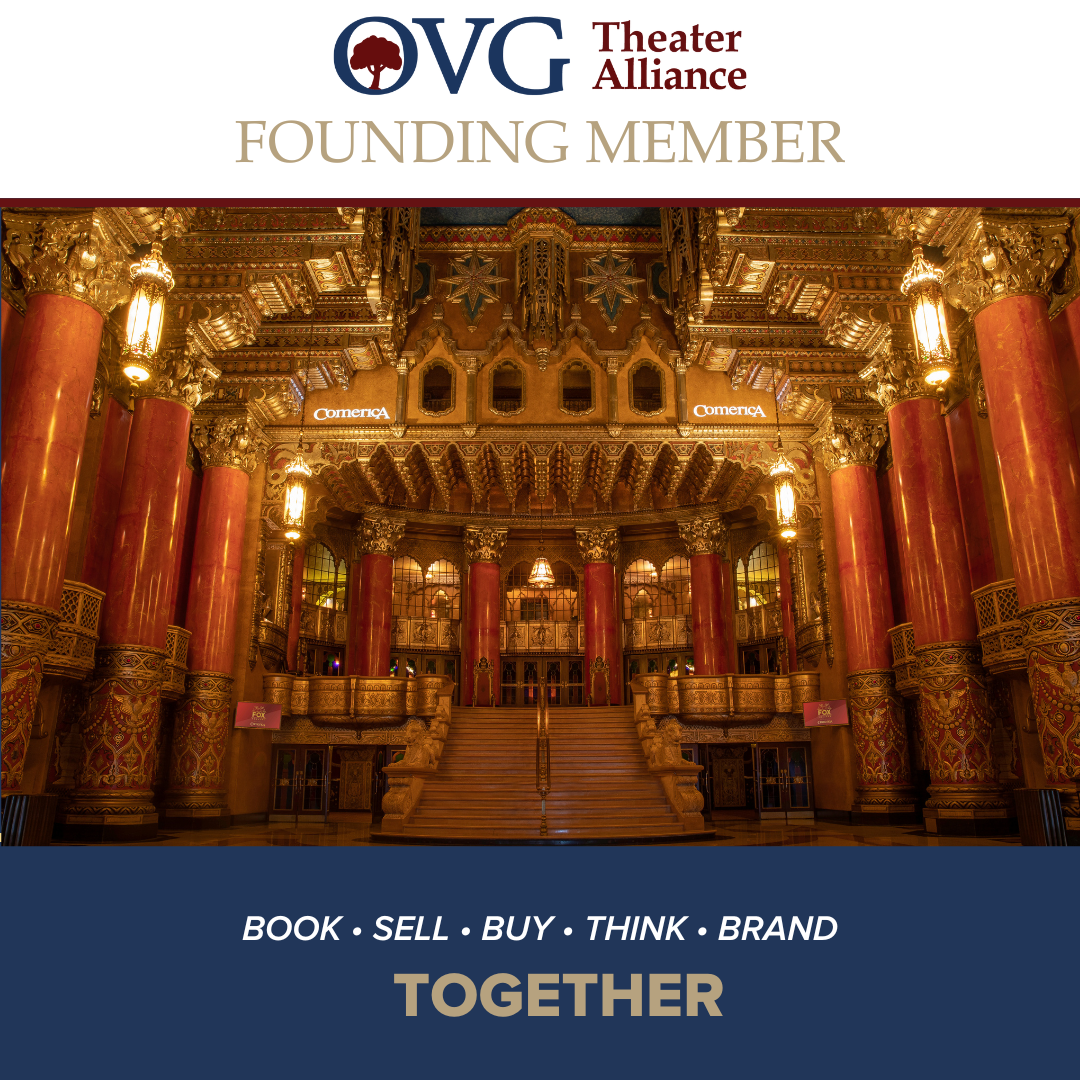 OVG, the global venue development, advisory, and investment company for the sports and live entertainment industries, will announce the inaugural members of the Theater Alliance at the Association for Performing Arts Professionals (APAP) conference Opening Plenary Session on Friday, January 13. Members include:

“313 Presents is proud to be an inaugural member of the OVG Theater Alliance,” said Howard Handler, President of 313 Presents.  “The Fox Theatre, Detroit’s crown jewel, is a destination for everyone within our community.  This alliance provides opportunities for us to share and learn best practices from other iconic theatres around the country and to deliver even more to artists, tours and our guests.”

To give member theaters and performing arts centers a competitive edge within their markets, the Theater Alliance will help drive unique, exclusive, and traditionally mainstream content to its member venues; for example, intimate acoustic performances by some of the top names in entertainment.

OVG has hired music industry professional Noël Mirhadi as director of the Theater Alliance, tasked with building, launching, and growing the group. A longtime music agent, most recently at United Talent Agency (UTA), Mirhadi has spent her career focused on booking Adult Contemporary artists into venues nationwide. She brings a depth of knowledge and relationships as an expert in the world of performing arts and seated theaters. Additionally, she brings experience in the brand partnerships division, having paired UTA clients with top brands, products, and platforms. She previously worked in the Performing Arts divisions of APA and The Agency Group, which was acquired by UTA in 2015.

“Theaters serve as the heartbeat of their community. I understand and appreciate this sentiment having started as a musician and having gone on to dedicate my professional life and career to music and the arts,” Mirhadi said. “I’m thrilled to have joined Oak View Group as we create and launch our new Theater Alliance, which will support these critically important institutions and help them continue to thrive. We’ve put together a collective of premier venues that operate in strong markets and within even stronger communities. The Alliance will allow us to tangibly support their continued growth and success.”

The Theater Alliance is modeled after OVG’s Arena & Stadium Alliance, a collection of the top 38 venues in North America that provides a united platform for booking, content development, procurement, and sponsorship sales opportunities.

Joe Giordano, OVG vice president overseeing the Theater Alliance and Arena & Stadium Alliance, said: “The demand for the Theater Alliance was certainly amplified coming out of the pandemic. Performing arts venues across the nation, which are traditionally costly to operate, all face similar challenges. The Alliance, under Noël’s outstanding leadership, is eager to continue building the network of top venues in first tier markets to help them meet and exceed their programming and budgetary goals, and bring opportunities to the table that they didn’t even know were possible.”

“The Theater Alliance is yet another way OVG uniquely serves our industry,” Chris Granger, president of OVG360, said.  These theaters represent the best of the best. They are committed to work in concert not only to improve their operations and overall guest experience, but, perhaps more importantly, to creatively elevate the arts and attract a new generation of theatergoers from within their communities….because we are all better when the arts thrive.”