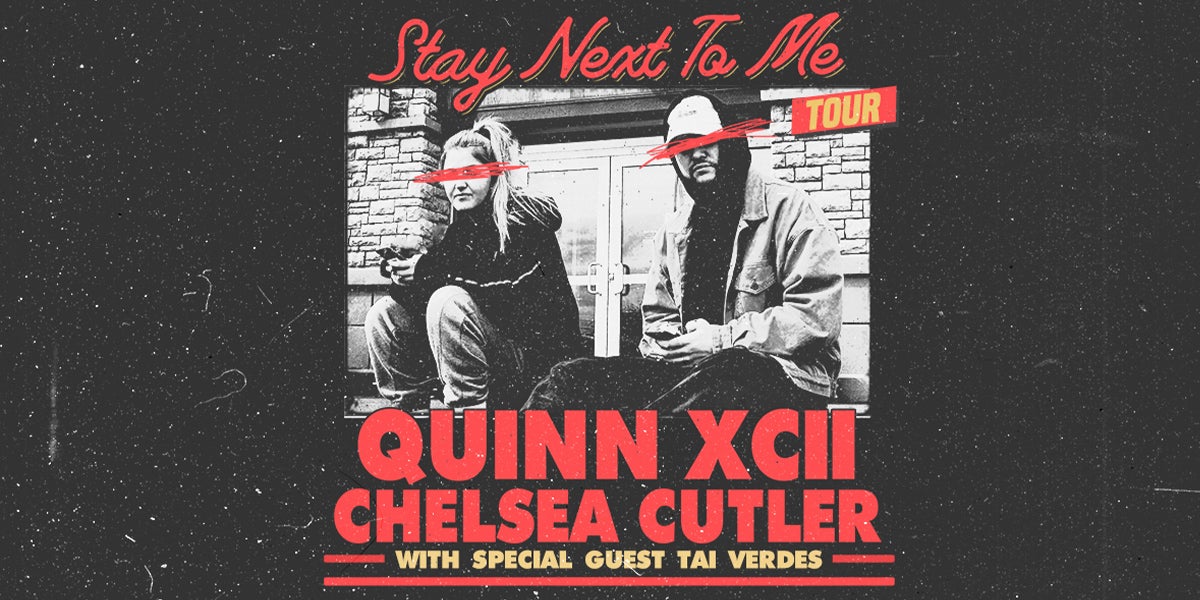 Tickets (starting at $25 on the lawn) go on sale Friday, June 11 at 9 a.m. and can be purchased at 313Presents.com, Ticketmaster.com and the XFINITY Box Office at Little Caesars Arena.

Over the past 6 years, Quinn XCII (pronounced Quinn Ninety Two) has consistently grown his audience and developed a true devoted fanbase, establishing himself as a force to be reckoned with. Having released two independent EPs and four studio albums on Columbia Records, Quinn’s catalogue has now amassed over 2.5 Billion global streams and includes one RIAA Platinum and five RIAA Gold Singles with hit singles such as “Straightjacket”, “Flare Guns” with Chelsea Cutler, “Stacy”, “Love Me Less” with MAX (which also gave Quinn his first charting song at Top 40 radio), and many more. He has been named one of Rolling Stone’s Breakthrough Artists of 2019 and received praise from Billboard, Paper Mag, Interview Mag and many more.  He has also collaborated with a long list of notable names such as Logic, Jon Bellion, blackbear, Chelsea Cutler, Jeremy Zucker, MAX, Ashe, Louis The Child, Gryffin and more.  At the forefront of Quinn’s consistent growth is his highly sought-after and fully energized live show, having completed 4 consistent sold-out headline tours since 2017 and sold nearly 100,000 tickets as a headliner in 2019 alone. He has also performed at some of the world’s biggest festivals including Lollapalooza, Bonnaroo, Firefly and Governors Ball, and has made appearances performing his music on major TV spots such as Jimmy Kimmel Live!, The Late Late Show with James Corden, Live with Kelly and Ryan, The Today Show, and more.

Singer, songwriter, producer Chelsea Cutler has gone from bedroom-constructed uploads to 2 billion-plus cumulative streams and one of today’s most exciting emerging pop artists in just a matter of years. After dropping out of school in early 2018 to go on her first tour ever supporting Quinn XCII, she released two consecutive independent mixtapes, which were each followed by a sold-out nationwide headline tour. In 2019 she signed to Republic Records and released brent, a joint EP with close friend and frequent collaborator Jeremy Zucker, and spent that summer playing major festivals such as Lollapalooza, Governors Ball, Bonnaroo and more. In 2020 she released her debut album How To Be Human; the album included the single “Sad Tonight”, which gave her her debut on the Top 40 radio charts, and was followed by another sold-out nationwide headline tour that was cut short due to the pandemic.  Since then she has released brent ii, the follow-up EP with Jeremy Zucker, and has been working on her sophomore album which is set to begin rolling out this summer. She currently has nearly 13 million monthly listeners on Spotify as one of their Top 500 artists.

Known together for collaborations such as the RIAA Gold Certified “Flare Guns”, “Stay Next To Me”, “Little Things” and more, fans have always rallied around Quinn XCII and Chelsea Cutler not just as collaborators, but also as close friends. While they have each cultivated dedicated fan bases and have had extraordinary success individually, their stories frequently intertwine.  In addition to their musical collaborations, in 2018 Chelsea supported Quinn on her first ever tour, and since then they have shared the stage together to perform their joint songs in front of tens of thousands of people at festivals like Lollapalooza, Governors Ball, Firefly Festival, and more. They even managed to do a number of drive-in shows safely during the pandemic, giving fans the rare chance at a special night of live music during such difficult times.

On the Stay Next To Me Tour, Quinn and Chelsea will be returning for their first tours since the pandemic, and it will be their biggest tours to date. Expect a bigger show, new music to be played for the first time, and tons of surprises along the way. 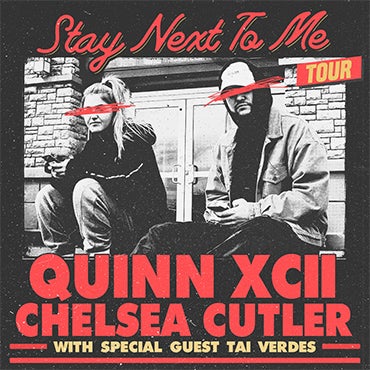