(DETROIT – January 7, 2020) – An unforgettable chapter in country music history will be celebrated this year, as Rascal Flatts – the most awarded group of the genre’s last decade – is hitting the road for the “Rascal Flatts Farewell: Life Is A Highway Tour.” With countless milestones behind them and their legacy firmly established as some of country’s brightest ambassadors, Gary LeVox, Jay DeMarcus and Joe Don Rooney visited CBS This Morning today to exclusively announce that they will mark their 20th anniversary this year with a triumphant farewell tour., including a stop at DTE Energy Music Theatre on Friday, June 12.

The on-sale for “Rascal Flatts Farewell: Life Is A Highway Tour” is to be announced. To receive announcements and access to the latest information on on-sales, presales, special offers and events, contests, breaking news and more for concerts and events at DTE Energy Music Theatre, Little Caesars Arena, Fox Theatre, Comerica Park, Meadow Brook Amphitheatre and Michigan Lottery Amphitheatre at Freedom Hill, fans can sign up at www.313presents.com/contact-us/email-sign-up.

“When we started out 20 years ago, we could not imagine all of the people, places and gifts we would encounter,” said Gary LeVox. “The greatest feeling ever, is being told that our music has been the soundtrack to their lives. What greater gift can an artist receive than to be told ‘I got married to “Bless The Broken Road,”’ or ‘We played “My Wish” at my graduation.’ That ‘“What Hurts The Most” is the song that made me love country music for the first time,’ or ‘“I’m Movin’ On” helped me get sober’ or even that ‘“Changed” made me call my family again after not talking to them for years.’ That’s why we create music and the reason we can’t wait to celebrate this incredible 20-year journey all year, with our fans who we love dearly. I don’t know what God has in store for the future, but I am excited to see what he has planned!”

“We’re really looking forward to getting to spend this entire year loving on our fans, and thanking them for allowing us to have the most amazing career over the last 20 years,” shared Jay DeMarcus. “While it is of course bittersweet, it is so important to us to celebrate what our music has meant to their lives, as well as what the fans have meant to us. There is no sadness here, just new chapters, new journeys, and new beginnings. Rascal Flatts’ music will live on forever, because of our fans, and this year is all about them!”

“Dreams do come true…and we are three walking examples of this truth,” said Joe Don Rooney. “I’m most proud of the fact that we’ve pursued our dreams together and with courage, hard-work and dedication we’ve been able to cultivate our dreams into reality, it’s simply incredible! There’s no doubt we have been blessed way beyond belief and we can’t wait to spend the rest of 2020 expressing our love and appreciation to all of our devoted fans, music industry friends and our families for believing in us and playing a major role in our path to here. And, I personally can’t wait to shine a light on my brothers Jay and Gary this year, and make another mountain of new memories with them.”

Kicking off on June 11 in Indianapolis, the tour will take Rascal Flatts from coast to coast, culminating in a bittersweet send off. Check back for more information in the coming weeks.

All told, the band has posted 17 #1 songs and sold more than 23 million albums since their founding in 2000, leaving an impact which outshines even their wildest ambitions. Their signature sound was like no other, with LeVox’s voice one of the most recognizable and dynamic of its era, while the rock-solid musicianship of DeMarcus and Rooney infused country tradition with a fresh new, arena-ready energy – helping pave the way for a wave of crossover appreciation still building today, as well as opening doors for so many other artists who followed.

Proving the point, Rascal Flatts are the most awarded country group of the past decade with over 40 trophies from the American Country Awards, Academy of Country Music Awards, American Music Awards, Country Music Association Awards, People’s Choice Awards and more, as well as breaking a Guinness World Record for the most consecutive wins of Vocal Group of the Year at the ACMs, winning the honor seven times in a row. They’ve sold more than 11 million concert tickets and over 35 million digital downloads, and their songs have been streamed more than 2.2 billion times worldwide as well as over 4.4 billion times on Pandora alone.

They’ve risen from a humble Nashville honky tonk to the biggest stages in the world, and are now venue-packing, role-model members of the Grand Ole Opry (2011) and Hollywood Walk Of Fame (2012), who have showcased their commitment to music, faith and family for fans across the globe. In 2006, the trio were the top-selling artist in the world for all genres of music. The group also became household names appearing in blockbuster movies, hit TV shows and major soundtracks throughout the past 20 years. It all adds up to what Rolling Stone has labeled “an indisputably influential career,” and 2020 will mark a well deserved victory lap.

Hailed as one of the most influential groups in modern country history, Rascal Flatts are a chart-topping trio created by vocalist Gary LeVox, multi-instrumentalist Jay DeMarcus and guitarist Joe Don Rooney. Since their founding in 2000 and subsequent breakout with the Top 5 hit, “Prayin’ for Daylight,” the band has gone on to infuse country’s traditional mainstream with smooth-pop textures, arena-rocking energy and faithful positivity, impacting countless fans and fellow artists along the way. They’ve racked up 17 Number One hits, over 23.4 million albums sold, 35 million digital downloads, 2.2 billion streams worldwide and 4.4 billion streams solely on Pandora, while also selling over 11 million concert tickets and earning more than 40 trophies from the ACA, ACM, AMA, CMA, People’s Choice and more, making them the most awarded country group of the past decade. The Grand Ole Opry members will bring an unforgettable chapter in country’s long story to a close in 2020, celebrating their 20th anniversary with Rascal Flatts Farewell: Life Is A Highway Tour – the nationwide farewell tour of their celebrated career. For more information visit rascalflatts.com. 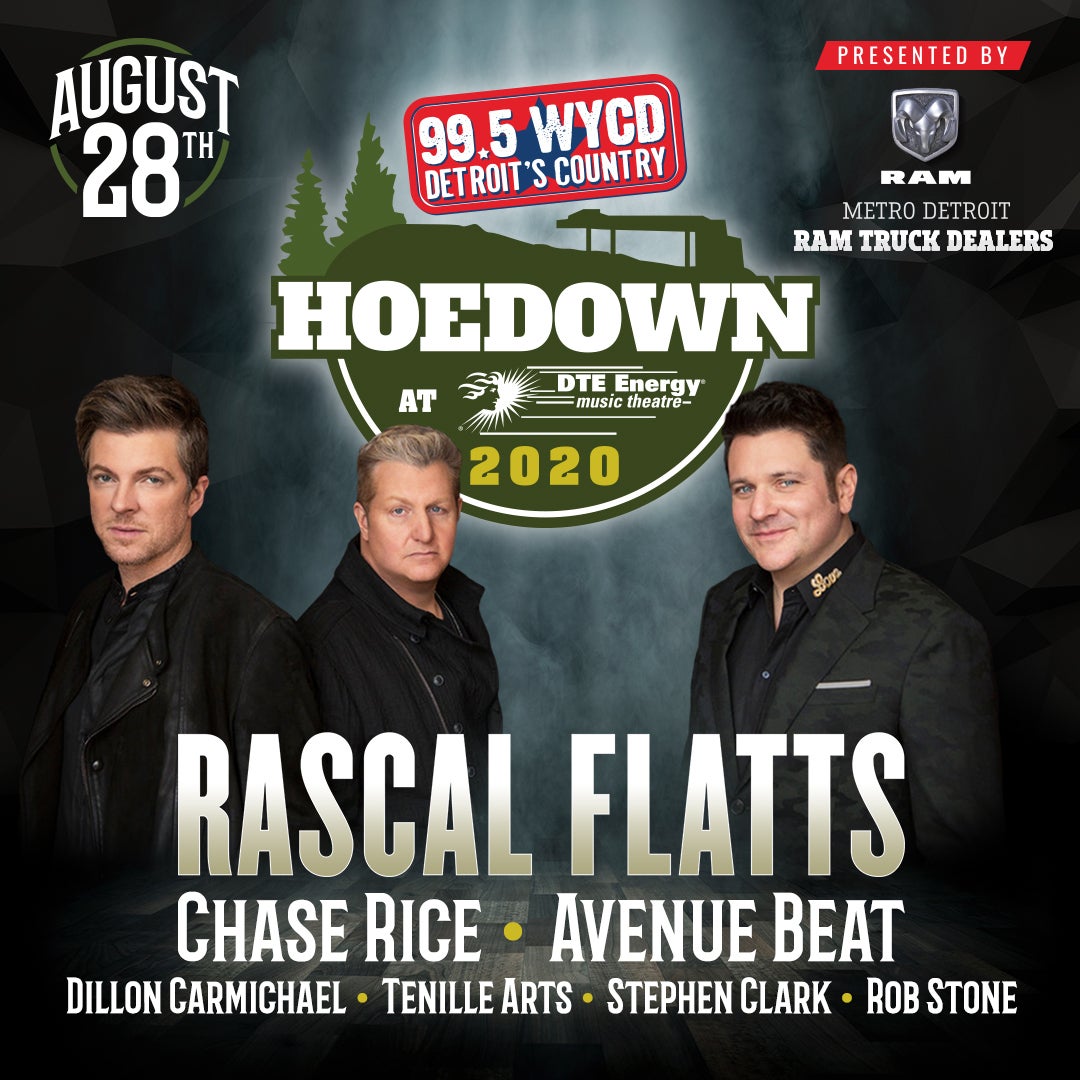