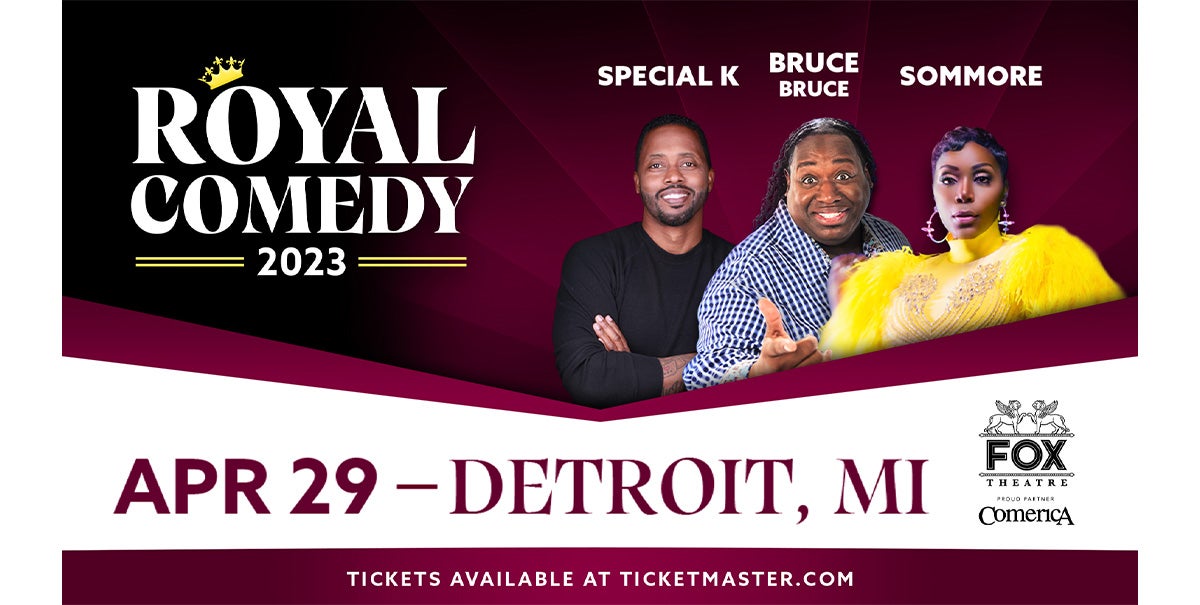 (DETROIT – November 14, 2022) – The Royal Comedy Tour featuring Sommore, Bruce Bruce and Special K will appear at the Fox Theatre on Saturday, April 29 at 8 p.m. Comerica Bank is the exclusive presenting partner of the Fox Theatre.

Showcasing a star-studded lineup of world-class comedians, the Royal Comedy Tour officially kicks off February 3 in Orlando before making its way to Detroit. Royal Comedy 2023 is produced by North American Entertainment Group Inc., one of the leading independent promoters of entertainment tours and live events in the United States.

In her more than 20-year career, award-winning comedienne of “Chandelier Status,” Sommore, has become a trailblazer for women in the comedy business as one of the most successful comedians in the U.S. and abroad. Sommore has been featured in a number of hit films including Soul Plane, Something New and Friday After Next. Her all-new self-produced comedy special, A Queen With No Spades recently premiered on Showtime. For more information on Sommore, visit sommore.com. Follow on Facebook: @QueenSommore, Twitter: @sommoresofunny, Instagram: @sommore.

Bruce Bruce is a name synonymous with keeping audiences rolling with laughter thanks to his captivating improv skills and larger than life comedic style. You can currently find Bruce on IFC’s Maron and in constant reruns of Comic View on BET. For more information on Bruce Bruce, visit bruce-bruce.com. Follow on Facebook: @mybrucebruce, Twitter: @mybrucebruce, Instagram: @mybrucebruce.

K Douglas joined the Rickey Smiley Morning Show in 2007 as the show’s comedy writer and content creator. His edgy comedy bits and spot on political commentary showcase his versatility and have made him the “go to” guy to represent the show as a guest commentator on CNN. A veteran stand-up comedian, “Special K” has enjoyed success across many platforms. In addition to comedy clubs and theaters nationwide, he’s made numerous appearances on TV comedy shows, and was not long ago chosen as one of 16 comedians for his own half hour comedy special on Kevin Hart’s LOL Comedy Network. Follow on Facebook: @kdouglascomedy, Twitter: @specialk913, Instagram: @specialk913. 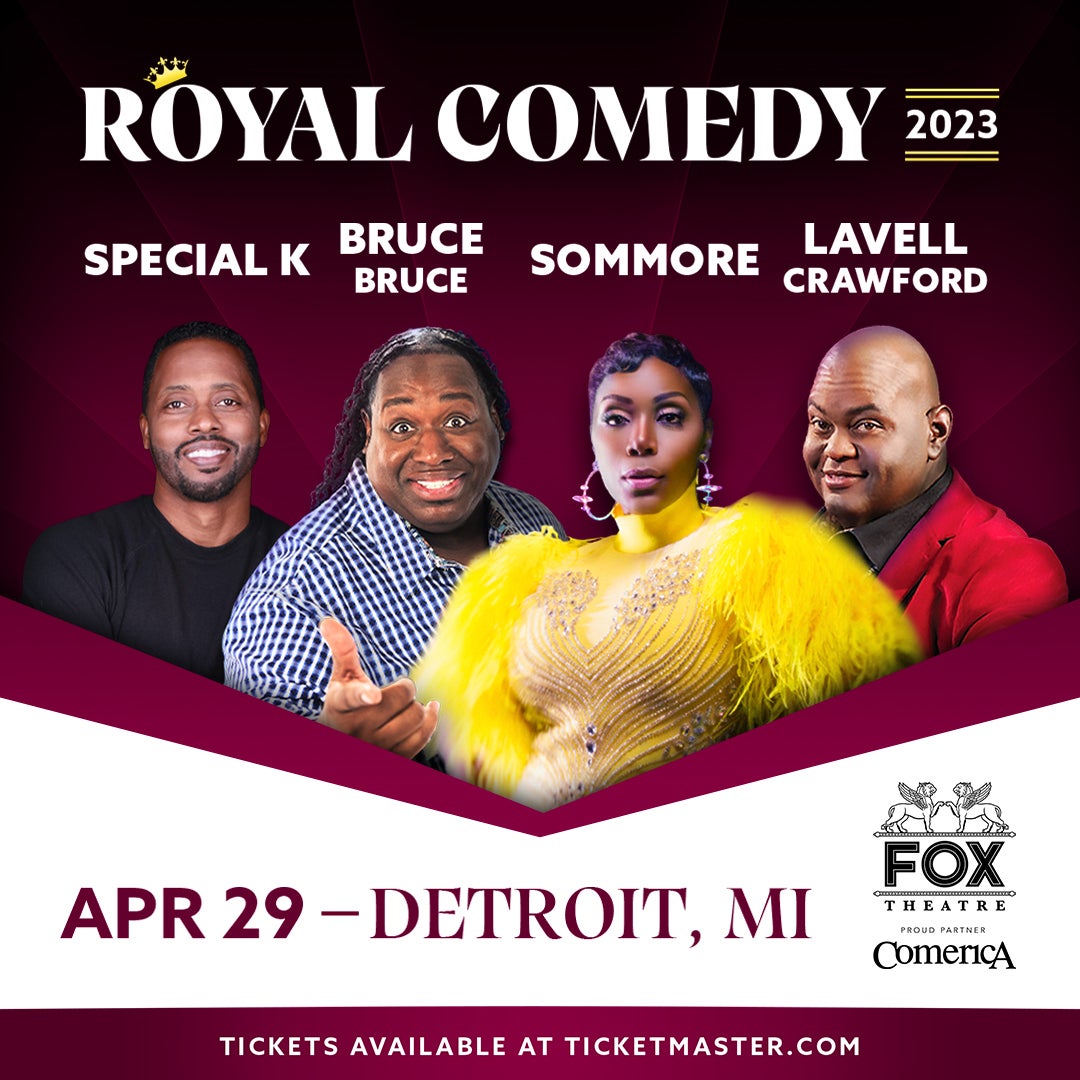