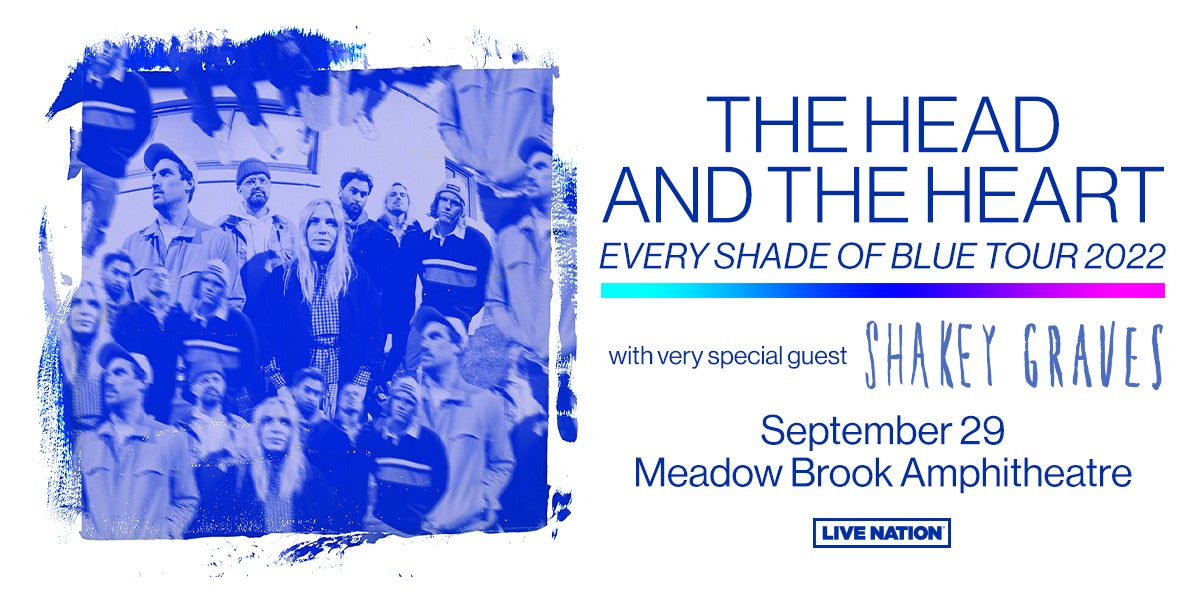 Home/ THE HEAD AND THE HEART BRING “EVERY SHADE OF BLUE TOUR 2022” TO MEADOW BROOK AMPHITHEATRE SEPTEMBER 29, 2022

THE HEAD AND THE HEART BRING “EVERY SHADE OF BLUE TOUR 2022” TO MEADOW BROOK AMPHITHEATRE SEPTEMBER 29, 2022

(DETROIT – January 18, 2021) – The Head And The Heart have announced the “Every Shade of Blue 2022 North American Tour” which will kick off May 20. The tour stops at Meadow Brook Amphitheatre on the campus of Oakland University on Thursday, September 29, 2022 at 7:30 p.m. Shakey Graves will perform as special guest.

Tickets (starting at $30 on the lawn) go on sale Friday, January 21 at 10 a.m. at 313Presents.com, LiveNation.com, Ticketmaster.com or the XFINITY Box Office at Little Caesars Arena.

Fans who sign up today for the band’s text message fan club by texting 206-339-3209 will receive an exclusive pre-sale code tonight at 10 p.m. Central time and will be able to use the code at the ticket links found on The Head And The Heart’s website HERE. The pre-sale will run from Wednesday, January 19 at 10 a.m. until Thursday, January 20 at 10 p.m. (local times). Fans can also follow The Head And The Heart on BandsinTown HERE to receive a pre-sale code. That pre-sale will run Thursday, January 20 from 10 a.m. until 10 p.m. (local times).

“It’s wild to think that by the time we get back on the road this year, it will have been over 2 and a half years since we last toured,” says the band. “We’re so excited to bring new songs to life on stage every night, traveling alongside artists who inspire us. We can’t wait to get out there, doing what we do with an even greater sense of gratitude.”

The Head And The Heart has also announced they will release a new song, titled "Every Shade of Blue", this Friday, January 21.

Pre-save the song now HERE and be entered to win a painting from the band that inspired the song's artwork. The winner & their guest will be flown to Seattle to receive the painting, hang with the band, and enjoy a private acoustic performance from Jon, Charity & Matty.

More about The Head And The Heart
Initially self-released in 2011, The Head and The Heart’s self-titled breakout debut produced instant classics including “Rivers and Roads,” “Down In The Valley” and “Lost In My Mind” (#1 at AAA) and is now Certified Gold. 2013’s Let’s Be Still and 2016’s Signs of Light, settled into Billboard’s Top 10 albums chart, with Signs of Light securing the #1 position on Rock Album Charts, securing the band’s first #1 at Alternative position with “All We Ever Knew” and also held the #1 spot at AAA for nine straight weeks. The band’s fourth full-length album, Living Mirage, was released to critical praise in 2019. “Missed Connection” which secured the #1 position on the Alternative Chart and #1 at Mediabase and BDS alternative charts, already having achieved #1 on the AAA chart. The album’s breakout track, “Honeybee”, became a fan favorite with 153M+ total global streams and 1M+ global weekly streams. They have appeared in Cameron Crowe’s Roadies, with music featured in countless other commercials, films and TV, among them Corona, Silver Linings Playbook and more. The band has established their status as a touring powerhouse, having landed prime time mainstage slots at Coachella, Lollapalooza and Austin City Limits. In total, the band has performed 15 times on national television including appearances on Ellen, The Tonight Show Starring Jimmy Fallon, The Late Show With Stephen Colbert, Austin City Limits with more. 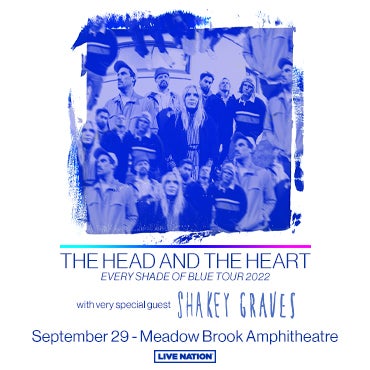