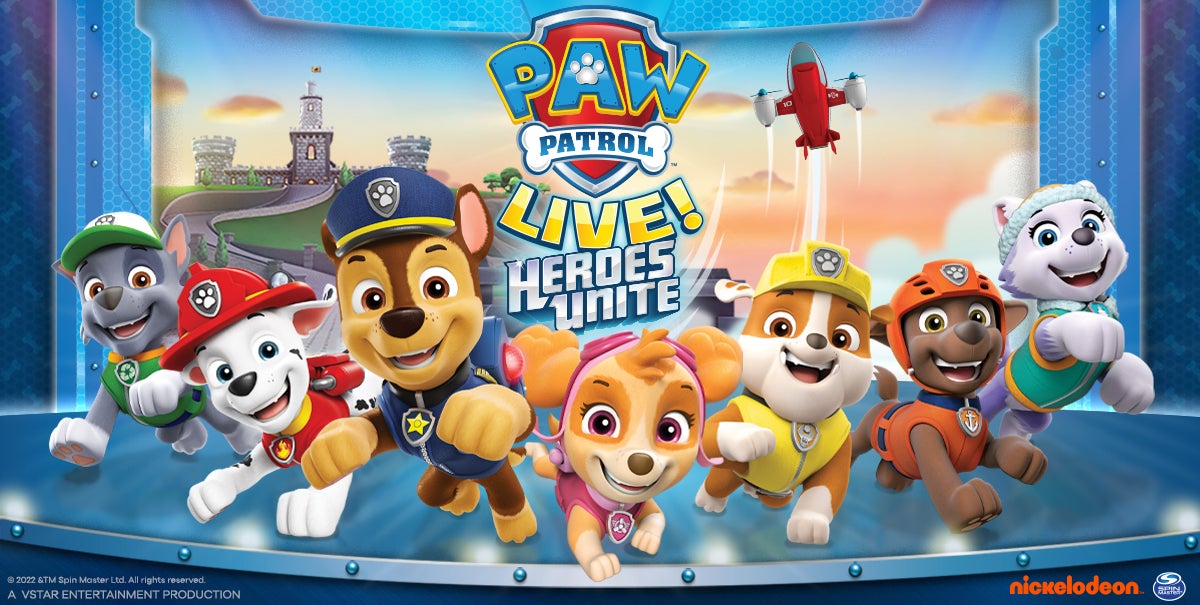 (DETROIT – September 12, 2022) – Nickelodeon and VStar Entertainment Group proudly present PAW Patrol Live! “Heroes Unite” at the Fox Theatre Friday, March 3 through Sunday, March 6. This brand-new production is an interactive live stage show, where members of the audience get to be heroes unleashed, helping the pups solve puzzles as honorary members of the pack, while they navigate the globe to make it back to Adventure Bay in the nick of time. Featuring stunning visual effects, captivating storytelling and a vibrant musical score that will have guests dancing in their seats and singing along, this staged extravaganza is jam-packed with action and fun for the whole family. Comerica Bank is the exclusive presenting partner of the Fox Theatre.

A limited number of V.I.P. (Very Important Pup) Packages are available. The VIP package includes a premium seat and exclusive photo opportunity with PAW Patrol characters after the show. Each adult & child (age 1 & up) in a group must have a VIP ticket

PAW Patrol Live! “Heroes Unite” follows Ryder and the PAW Patrol pups as they face their greatest challenge yet. When Mayor Humdinger clones Robo Dog, chaos ensues all over the world. It’s up to the PAW Patrol to catch the clones, rescue Robo Dog, and show that when the going gets “ruff,” lending a paw makes you the ultimate TOP HERO! This new adventure is going to be PAWsome!

“Heroes Unite” marks the third VStar Entertainment Group and Nickelodeon touring collaboration under the PAW Patrol banner.  Since its debut in the fall of 2016, the PAW Patrol Live! Stage shows have been seen by over 4.5 million people, providing fans in over 40 countries with an unforgettable Broadway-style production. It’s the perfect way for families to create lifelong memories and introduce their kids to live theatre. 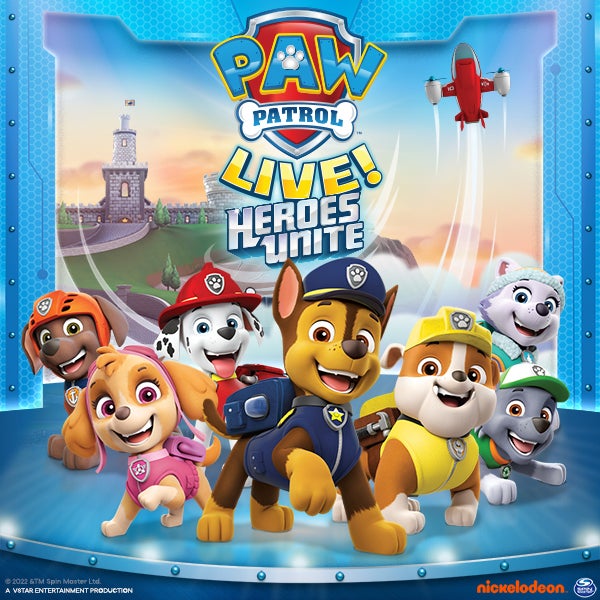