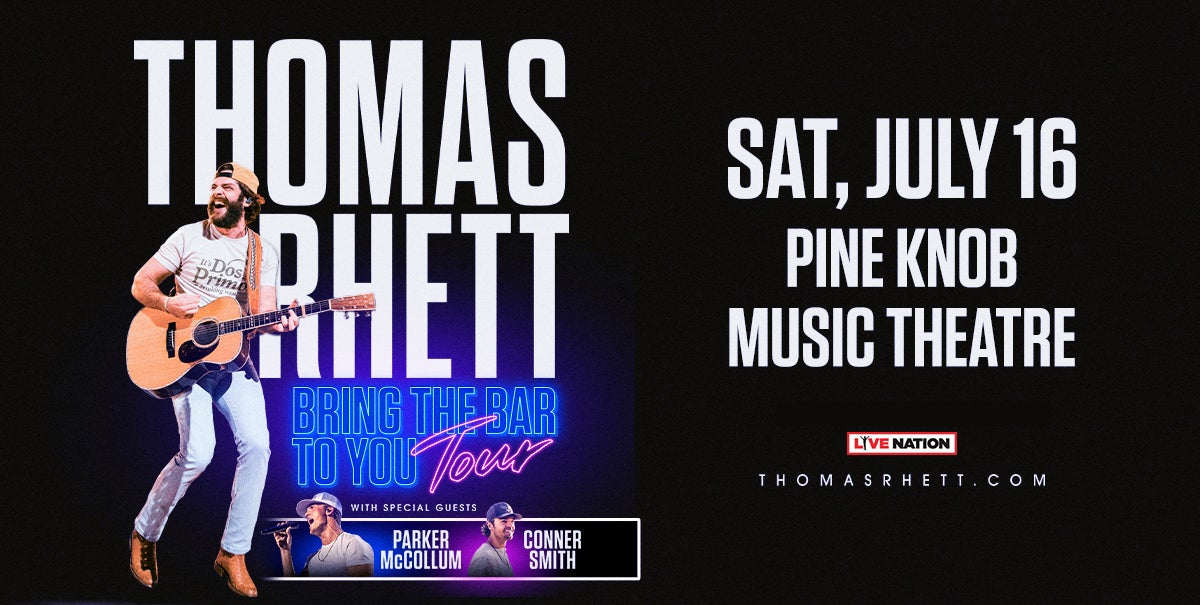 Home/THOMAS RHETT SERVES UP THE “BRING THE BAR TO YOU TOUR” WITH SPECIAL GUESTS PARKER MCCOLLUM AND CONNER SMITH AT PINE KNOB MUSIC THEATRE SATURDAY, JULY 16

THOMAS RHETT SERVES UP THE “BRING THE BAR TO YOU TOUR” WITH SPECIAL GUESTS PARKER MCCOLLUM AND CONNER SMITH AT PINE KNOB MUSIC THEATRE SATURDAY, JULY 16

Tickets (starting at $34 on the lawn) go on sale Friday, January 28 at 10 a.m. at 313Presents.com, LiveNation.com, Ticketmaster.com and the XFINITY Box Office at Little Caesars Arena. HomeTeam members can access tickets early via pre-sale on Tuesday, January 25 at 10 a.m. local time. Citi is the official card of the “Bring The Bar To You Tour.” Citi cardmembers will have access to presale tickets beginning Tuesday, January 25 at noon local time until Thursday, January 27 at 10 p.m. local time through the Citi Entertainment program. For complete presale details visit www.citientertainment.com. For complete ticket and pre-sale details visit www.thomasrhett.com.

The tour kicks off on June 17 in Gilford, NH and will visit over 30 cities throughout the U.S. Taking its name from a to-be-released song from the superstar’s upcoming sixth studio album Where We Started (The Valory Music Co.), the tour features special guests Parker McCollum and Conner Smith.

“Man it feels good to share this tour news,” Thomas Rhett said. “I’ll never take for granted being able to come see y’all and I’m so fired up to play some of these new ones that were made with these nights in mind. I have a feeling things are going to get loud - I’m counting down the days already!”

Inspired by his return to the road last year as he “continues to be one of the genre's hardest working artists” (People), Thomas Rhett’s upcoming sixth studio album Where We Started will be available on April 1. Fans can pre-order the album now.

Ten years after signing his first record deal with Big Machine Label Group’s The Valory Music Co., arena-packing superstar Thomas Rhett — dubbed “the most reliable maker of No. 1 singles in country music” (Variety) — has five studio albums, 18 multi-Platinum and Gold-certified No. 1 hits, 12 billion streams and the longest current active streak of consecutive No. 1s in the format (Mediabase/Country Aircheck Chart). He has been honored with eight ACM Awards including Entertainer of the Year, two CMA Awards, five Grammy® nominations, plus trophies from the CMT Music Awards, Billboard Awards and iHeartRadio Awards, in addition to being recognized with two CMA Triple Play awards for penning three No. One songs within a 12-month period. Inspired by family, friends and love of the outdoors, Thomas Rhett founded the Dos Primos Tequila Company alongside his cousin Jeff Worn in 2019. Dos Primos is available at retailers nationally now. For more information, visit www.thomasrhett.com.

Texas native Parker McCollum’s debut MCA Nashville album Gold Chain Cowboy was the highest first week debut album of 2021 and his platinum single “Pretty Heart” was the only debut single to ship to radio and reach #1 in 2020. With over 1 billion LTD domestic streams, McCollum has been named an ‘Artist to Watch’ by Rolling Stone, Billboard, SiriusXM, CMT, RIAA, and more, as well as MusicRow’s 2021 Breakout Artist of the Year and an all-genre Apple Up Next Artist for 2021. McCollum sold out over 40 shows in 2021.

Born to write songs, Conner Smith grew up watching his mother interview musicians and was transfixed listening to stories of where those hooks came from. He signed to BMI at age nine with original material before collaborating with award-winning songwriters Ashley Gorley and Zach Crowell while still in high school. His recent debut collection Didn’t Go Too Far is available now via The Valory Music Co. Produced by Zach Crowell, Smith co-wrote four of the six tracks, amplifying his songwriting prowess throughout. Continuing to build momentum, he was just named to prestigious lists such as ‘Spotify’s Hot Country Artist to Watch for 2022’, ‘Amazon Music’s 2022 Amazon Artist To Watch’ as well as the all genre ‘Artists To Watch 2022: The Pandora Ten list’. 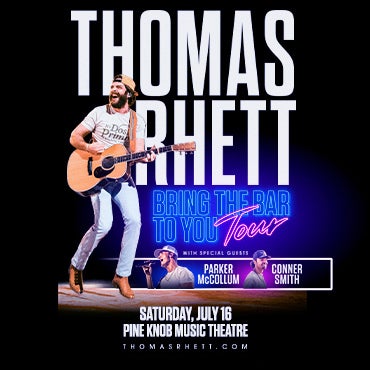