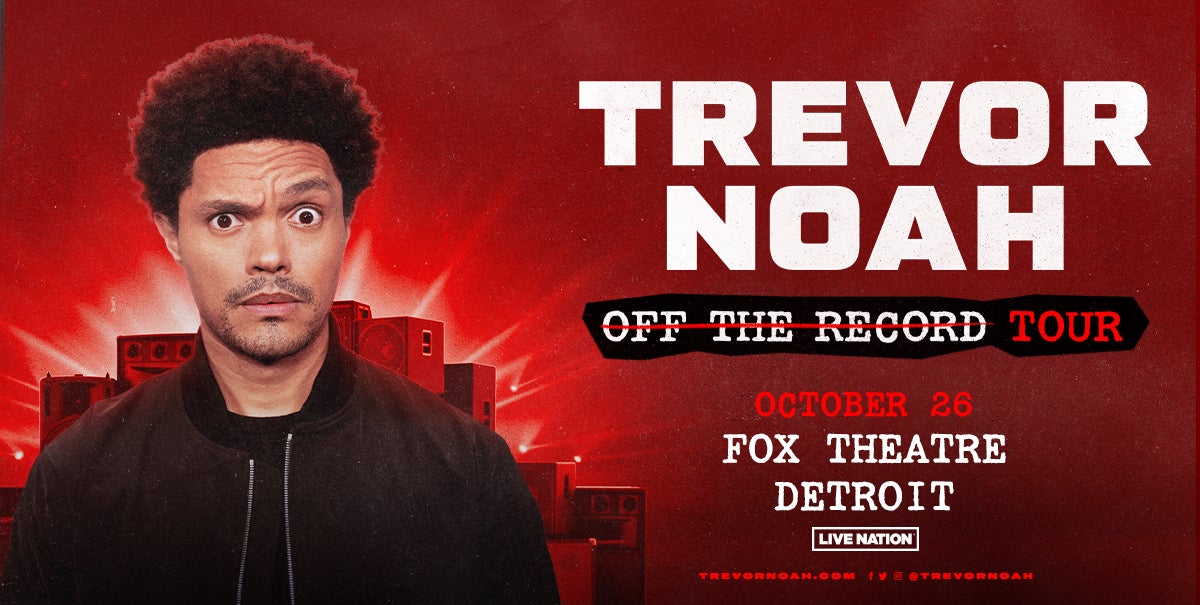 (DETROIT – November 14, 2022) – After the success of an extensive world tour in 2022, comedian Trevor Noah is heading back on the road with his “2023 Off The Record Tour.” Produced by Live Nation, the world tour will include a performance at the Fox Theatre on Thursday, October 26, 2023 at 8 p.m. Comerica Bank is the exclusive presenting partner of the Fox Theatre.

Tickets (starting at $35) go on sale Friday, November 18 at 11 a.m. at 313Presents.com, LiveNation.com, Ticketmaster.com and the XFINITY Box Office at Little Caesars Arena.

In addition, Trevor Noah returns to Netflix with another original comedy special, I Wish You Would, premiering globally on November 22, 2022. True to form, Trevor hilariously shares revelations about learning to speak German, modern communication, and his love for curry.

Trevor’s success has spanned to sold out stand-up comedy shows over 5 continents. Trevor also served as the Grammy Awards host in 2021 and 2022.

Trevor has written, produced and starred in 12 comedy specials, including his upcoming, I Wish You Would, for Netflix. His previous special, Trevor Noah: Son Of Patricia received a NAACP Image Award for Outstanding Variety Show, as well as a Grammy® Award nomination.

Trevor’s production company, Day Zero Productions, a joint venture between Paramount Global and Trevor Noah, develops and produces diverse, high-quality creative content for a global audience. With projects set up both within the Paramount Global family, as well as at other studios, streamers and live platforms, Day Zero focuses on entertaining and impactful content, with an eye toward authentic stories from diverse points of view.

In 2018, Noah launched the Trevor Noah Foundation to improve equitable access to quality education for underserved youth in South Africa. Noah's vision is a world where education enables youth to dream, see and build the impossible. 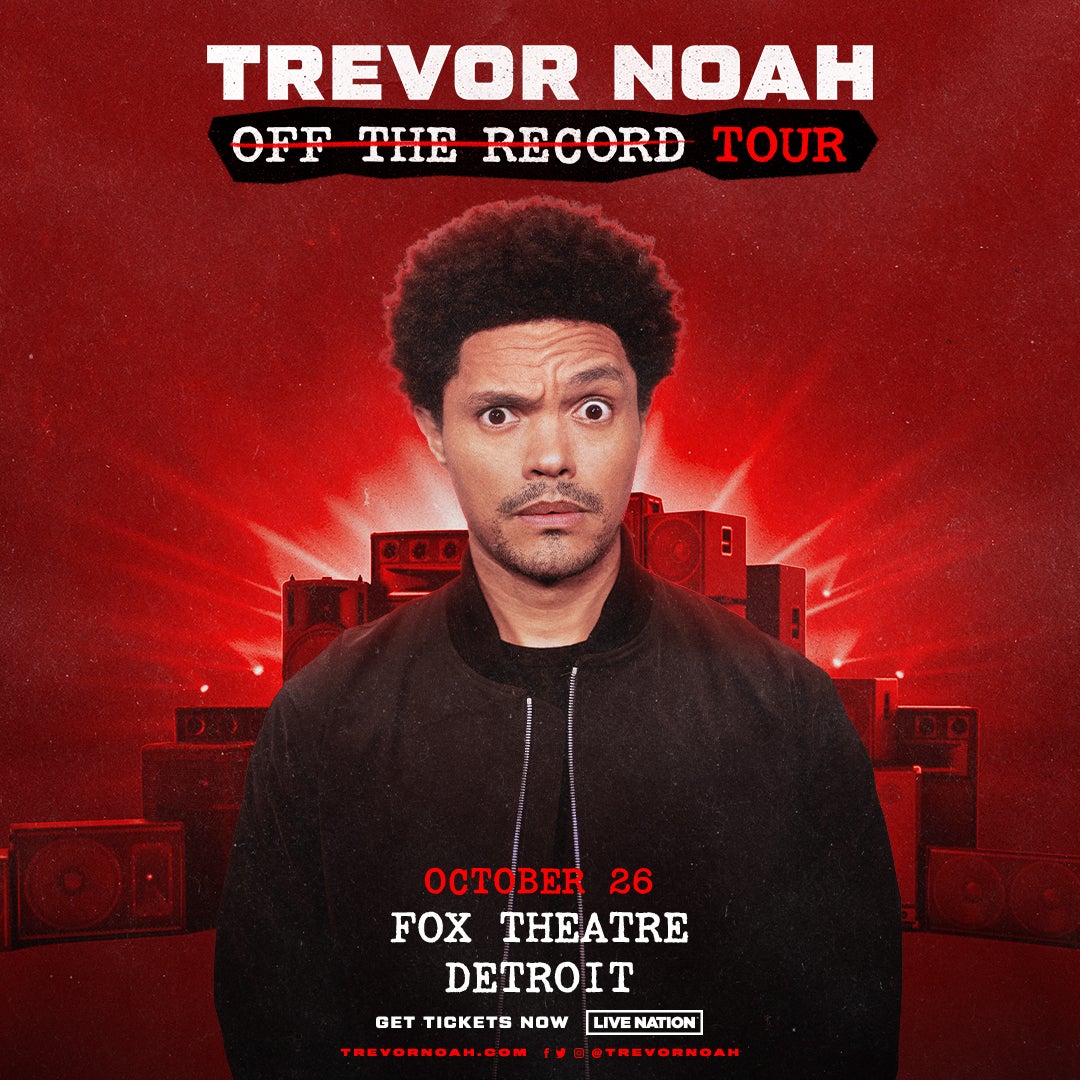 Trevor Noah
2023 Off The Record Tour

Trevor Noah
2023 Off The Record Tour
Get Tickets