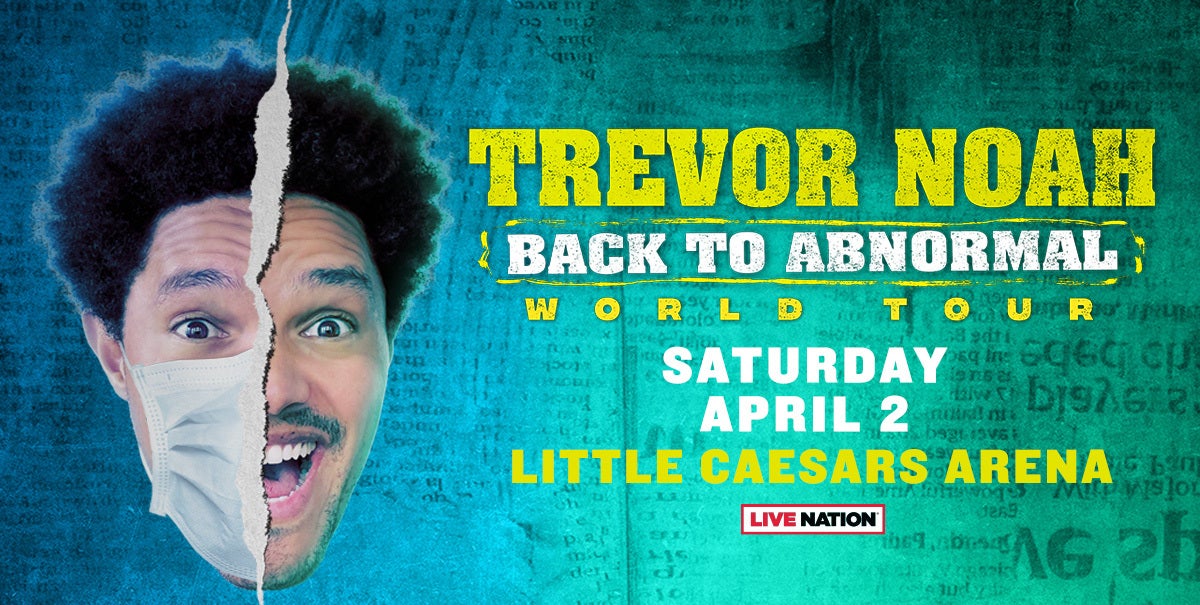 (DETROIT – September 27, 2021) – Produced by Live Nation, Trevor Noah’s “Back to Abnormal World Tour” opened in London with two sold out shows at The O2 Arena and will continue with stops in Washington D.C., Houston, Chicago, Los Angeles, and more before the 2021 leg wraps up with two nights at San Francisco’s Chase Center on December 10 & 11. Due to overwhelming fan demand, 2022 dates have just been announced with 21 new shows including Little Caesars Arena on Saturday, April 2 at 7:30 p.m.

Tickets (starting at $35) go on sale Friday, October 1 at 10 a.m. at 313Presents.com, LiveNation.com, Ticketmaster.com and the XFINITY Box Office at Little Caesars Arena.

Noah’s critically-acclaimed late-night, The Daily Show with Trevor Noah recently returned to a brand new studio. The Emmy® nominated show continues to engage with its fans by creating an interactive and robust social and digital experience including deep dive explainers, scripted and unscripted packages, as well as the show’s legendary biofilms on notable figures, and more. To date in 2021, The Daily Show is the #1 most-engaging late-night show with over 118M engagements, 2B views across platforms and 3.3B minutes consumed on YouTube.

Trevor has written, produced, and starred in 11 comedy specials, including his most recent, Trevor Noah: Son of Patricia, which launched in November 2018 on Netflix. The special touches upon racism, immigration, camping and more. Trevor Noah: Son Of Patricia received a NAACP Image Award for Outstanding Variety Show, as well as a Grammy® Award nomination for Best Comedy Album.

Trevor is the author of the #1 New York Times bestseller “Born a Crime: Stories from a South African Childhood,” which has received the Thurber Prize for American Humor and two NAACP Image Awards. The Audible edition of “Born a Crime,” performed by Trevor, remains one of the top-selling, highest-rated, and most-commented-on Audible performances of all time. To date, “Born a Crime” has sold over 1 million copies across all formats.

In April 2018, Noah launched The Trevor Noah Foundation, a youth development initiative that empowers youth with the foundation for a better life: access to high-quality education. Noah's vision is a world where an education enables youth to dream, see and build the impossible. 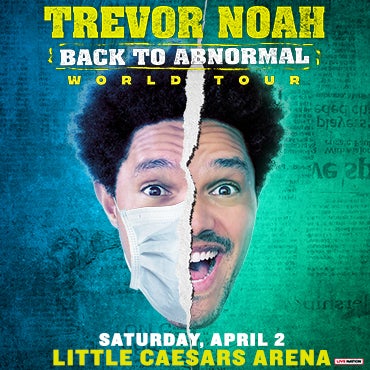 Trevor Noah
"Back to Abnormal World Tour"
Get Tickets