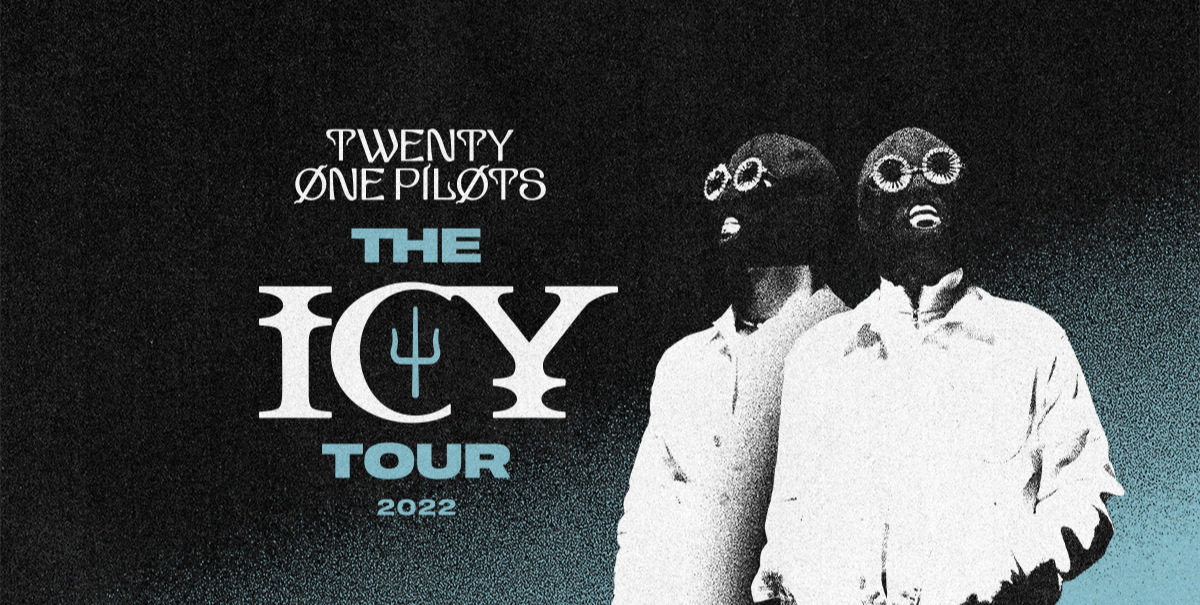 TICKETS GO ON SALE NOVEMBER 24 AT 10AM

(DETROIT – November 19, 2021) – Grammy® Award winning duo Twenty One Pilots have announced details of “THE ICY TOUR 2022,” which will see the band headlining arenas across North America summer 2022, including a date at Little Caesars Arena on Saturday, August 20, 2022 at 8 p.m.

Tickets (starting at $39.50) go on sale Wednesday, November 24 at 10 a.m. at 313Presents.com, Livenation.com, the XFINITY Box Office at Little Caesars Arena and Ticketmaster.com. Registration for first access to tickets is open now here via Ticketmaster’s Verified Fan platform and will run through 12 p.m. ET on November 21. For complete details on Twenty One Pilots’ upcoming international dates and ticket availability for the “THE ICY TOUR 2022,” visit www.twentyonepilots.com/tour.

Produced by Live Nation, the coast-to-coast 23-city outing will kick off on August 18 in St. Paul, MN and make stops in New York City, Toronto, Nashville, Anaheim, and more before wrapping up with a performance at Seattle’s Climate Pledge Arena on September 24.

In celebration of the upcoming tour, Twenty One Pilots have also surprise released a digital deluxe version of their acclaimed new album, Scaled And Icy. Available today on all streaming platforms, Scaled And Icy (Livestream Version) includes never before released performances of fan favorite tracks from the group’s pioneering global streaming event, “Twenty One Pilots - Livestream Experience.” Originally broadcast this past May, the event ushered in a new standard in the livestreaming space with Billboard declaring, “After seven months of meticulous planning and two weeks of marathon rehearsals, Twenty One Pilots pulled off a home-brewed Las Vegas-worthy spectacle.”

Scaled And Icy debuted at No. 1 on Billboard’s Top Rock Albums and Alternative Albums charts while landing at No. 3 on the Billboard 200, marking the biggest opening week for a rock album in 2021. The new record is highlighted by the #1 Alternative Radio hits “Saturday,” and “Shy Away,” the latter of which ascended to #1 at the format in just three weeks, placing the duo in an elite group of acts with multiple songs to rise to #1 at the format in three weeks or less including: U2, R.E.M., The Cure, Linkin Park, Red Hot Chili Peppers, and Foo Fighters.

Written and largely produced by Tyler Joseph in isolation over the course of the past year at his home studio, with Dun engineering the album’s drums from across the country, Scaled And Icy is the product of long-distance virtual sessions and finds the duo processing their upended routines along with the prevailing emotions of 2020 - anxiety, loneliness, boredom, and doubt. The duo had to forgo their normal studio sessions but reached a new of level of introspection in the process, adopting a more imaginative and bold approach to their songwriting. The result is a collection of songs that push forward through setbacks and focus on the possibilities worth remembering. Scaled And Icy is Twenty One Pilots’ first studio album in three years and follows their RIAA Platinum certified LP, Trench.

About Twenty One Pilots
Grammy® Award-winning Twenty One Pilots quietly emerged as one of the most successful bands of the 21st century and redefined the sound of a generation. After billions of streams and dozens of multi-Platinum certifications around the world, the history-making Columbus, OH duo — Tyler Joseph and Josh Dun — ascended to a creative and critical high watermark on their new full-length album, Scaled And Icy. The album debuted at No. 1 on Billboard’s Top Rock Albums and Alternative Albums charts, while landing at No. 3 on the Billboard 200, marking the biggest opening week for a rock album in 2021. Among a collection of anthems, Scaled And Icy spawned “Shy Away,” which spent eight consecutive weeks at #1 at Alternative Radio, and “Saturday” which also hit #1 at Alternative Radio marking the band’s ninth #1 single at the format. Scaled And Icy follows Twenty One Pilots’ 2018 Platinum certified album TRENCH, which features the platinum singles: “Chlorine,” “My Blood,” and the Grammy® Award-nominated “Jumpsuit.” The album graced spots on “Best of” year-end lists by Billboard, KERRANG!, Alternative Press, and Rock Sound — who placed it at #1. Formed in 2009, the guys grinded towards this moment following the mainstream breakout of 2015’s BLURRYFACE. Certified quadruple-platinum in the U.S., it was declared the first album ever to have every one of its songs certified Gold or Platinum by the RIAA and garnered a Grammy® Award for the Diamond certified “Stressed Out.” In 2019 Twenty One Pilots announced that their 2013 LP Vessel achieved the same Gold & Platinum milestone with every individual track from the album receiving Gold, Platinum or Multi-Platinum certification from the RIAA, making the duo the first artist / group with two albums to reach this landmark achievement. 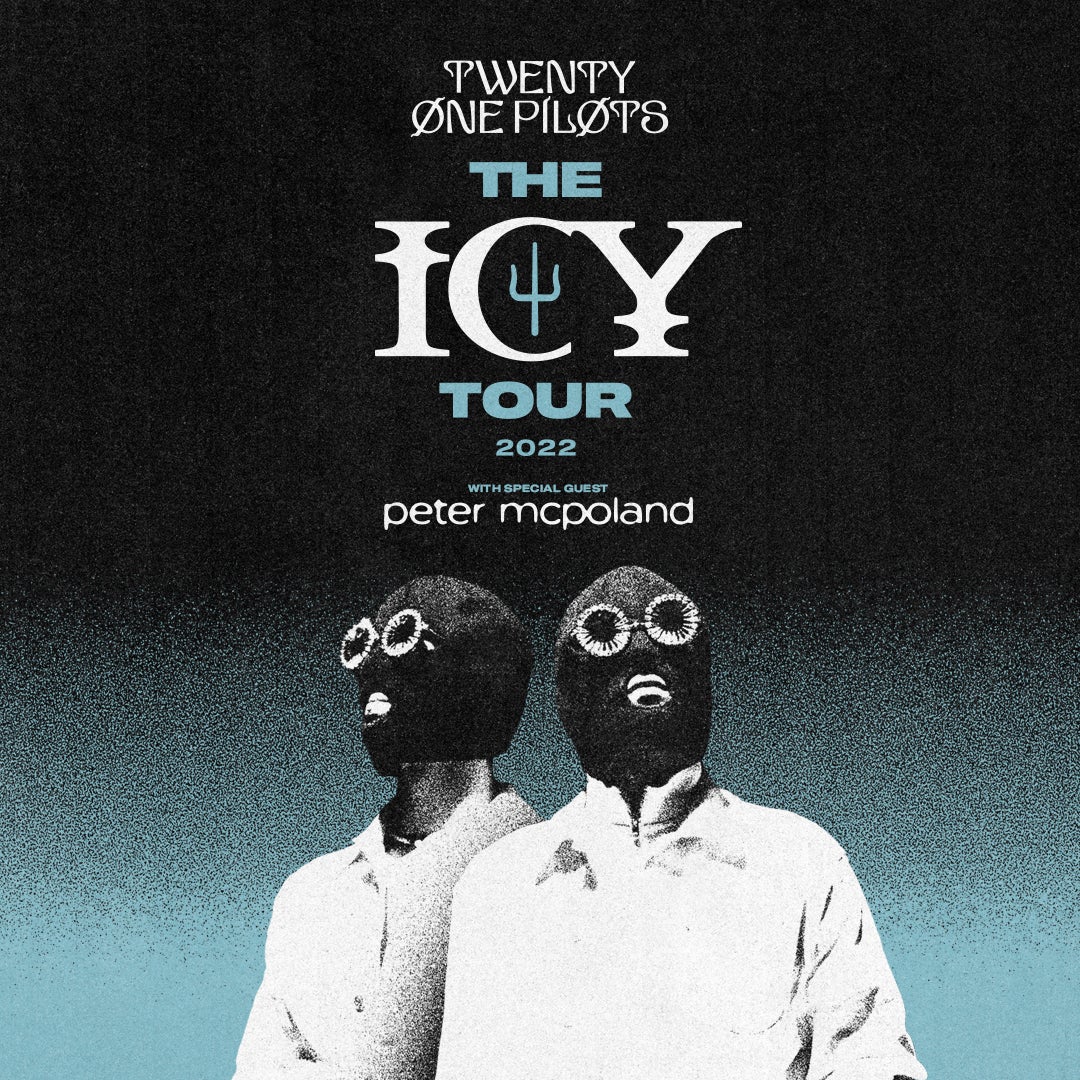