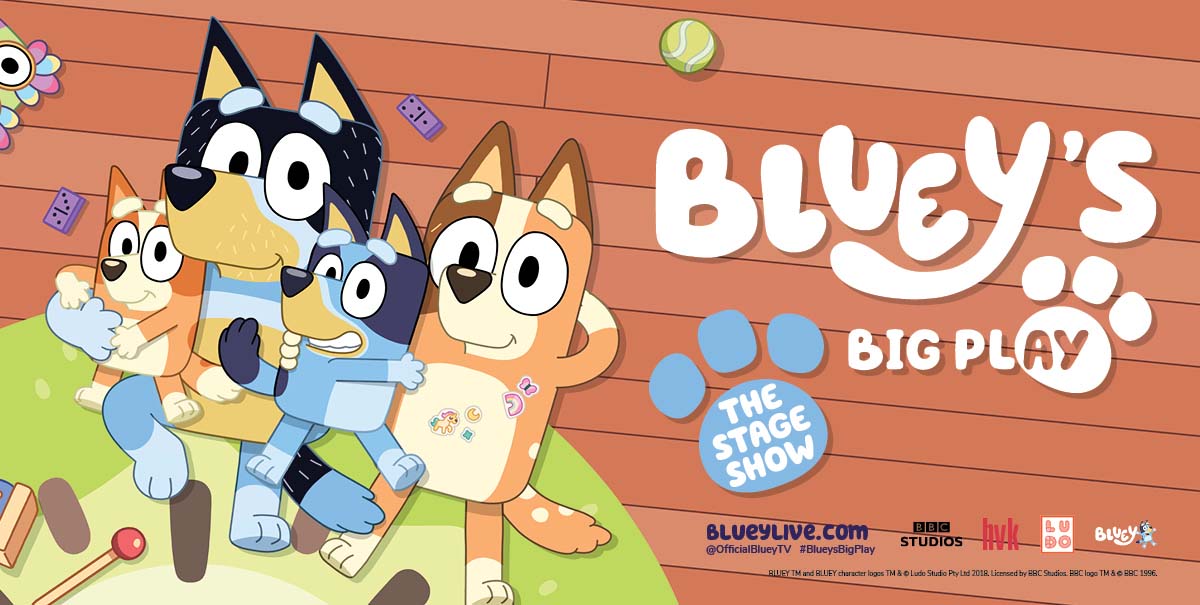 (DETROIT – May 23, 2022) – Grab the sticky geckos, break out the duck cakes, and alert the grannies! It’s time to meet the much-loved Heeler family, who will be coming to theaters all across the United States with the Bluey live show, Bluey’s Big Play The Stage Show! The Emmy® Award-winning animated preschool series, which airs on Disney Junior, Disney Channel, and Disney+, will be “taking the show on the road” to theaters all across the U.S., including the Fox Theatre for five performances from Friday, April 21 through Sunday, April 23, 2023. Comerica Bank is the exclusive presenting partner of the Fox Theatre.

Fans of all ages will get to see Bluey, Bingo, Bandit, and Chilli as they’ve never seen them before, as the Heelers embark on their very first live theater show in the U.S. featuring puppetry, live actors, and iconic sets. Based on an original new story written by Bluey creator Joe Brumm, Bluey’s Big Play The Stage Show also contains new music by Bluey composer, Joff Bush.

“After seeing the amazing reaction the show received during its Australia run, we are delighted to bring this standout live theater show to U.S. audiences,” said director Rosemary Myers of Windmill Theatre Co. “We know how much love there is out there for Bluey and are thrilled and honored to translate these brilliant characters into the three-dimensional world and to share this special experience with fans throughout America.”

Bluey’s Big Play The Stage Show is presented by BBC Studios and Andrew Kay in association with Windmill Theatre Co. The stage show enjoyed much success in the home market of Australia, where it premiered in Bluey’s hometown Brisbane and went on to perform 447 times across 65 venues, including the Sydney Opera House.

The series follows Bluey, a six-year-old Blue Heeler dog who loves to play and turn everyday family life into extraordinary adventures that unfold in unpredictable and hilarious ways, bringing her family, friends and community into her world of fun.

Bluey has won the hearts of kids and parents around the world since it first launched in Australia in October 2018 and has quickly become a global hit.

In Australia, Bluey is the number one kids show on broadcast television and is the most-watched series ever on ABC iview. In June 2019, BBC Studios struck a global broadcast deal with Disney to premiere Bluey in all territories outside Australia, New Zealand and Greater China; it now screens in over 60 countries. In the US on Disney Junior, since March 2021, the show has been the #1 most watched TV series with kids 2-6. In the UK, Bluey was the most watched show on CBeebies in January 2022 and is also available on Disney+.

Bluey has also won multiple awards, such as the International Emmy ® Kids Award in the prestigious Preschool Category in 2020 and has picked up the AACTA Award for Best Children’s Program for three years running (2019-21). Bluey recently won four Kidscreen Awards in February 2021.

Bluey is produced by multi-Emmy® award-winning Ludo Studio for ABC Kids Australia, co-commissioned by ABC Children’s and BBC Studios, and distributed internationally by BBC Studios outside of Australia.

BBC Studios, a global content company with bold British creativity at its heart, is a commercial subsidiary of the BBC Group, supporting the licence fee and enhancing programmes for UK audiences. Able to take an idea seamlessly from thought to screen and beyond, its activities span content financing, development, production, sales, branded services, and ancillaries across both its own productions, and programmes and formats made by high-quality UK independents. Award-winning British programmes made by the business are internationally recognised across a broad range of genres and specialisms, with brands like Strictly Come Dancing/Dancing with the Stars, Top Gear and Doctor Who. BBC.com, BBC Studios’ global digital news platform, provides up-to-the-minute international news, in-depth analysis and features to more than 139 million unique browsers each month. BBC Studios has offices in over 20 markets globally, including ten production bases in the UK and production bases or partnerships in a further seven countries around the world. The company, which ordinarily makes around 2000 hours of content a year for both the BBC and third parties including Apple, Netflix and Migu, is a champion for British creativity around the world.  It is also a committed partner for the UK’s independent sector through a mix of equity partnerships, content investment and international distribution for programme titles.

HVK Productions is part of the Andrew Kay group of companies, an international theater Producer and concert Promoter based in Melbourne, Australia. Andrew Kay AM has presented, produced and co-produced countless award-winning theatrical, musical and live stage events.

Andrew has been one of Australia’s leading producers and presenters of children's theater including "Hi-5", "Bananas in Pyjamas", "Cat in The Hat", "Giggle and Hoot", "Hairy Maclary", "The Fairies", "LazyTown", "ABC Christmas Spectaculars" "Horrible Histories - Awful Egyptians" and "Barmy Britain", "We're Going on a Bear Hunt". Most recently he has produced the very popular “Dan TDM Live” and multiple tours of “Operation Ouch Live” and Steve Backshall’s “Deadly 60 Live”.

Based in Adelaide, South Australia, Windmill Theatre Company has a global reputation as a leading producer of theater for children, teenagers and families. Each year the company performs in its hometown, and tours across Australia and around the world. Over the last 17 years, Windmill has presented 63 productions including 36 brand new Australian works, performing to young audiences in 287 cities and towns across 30 countries. windmill.org.au 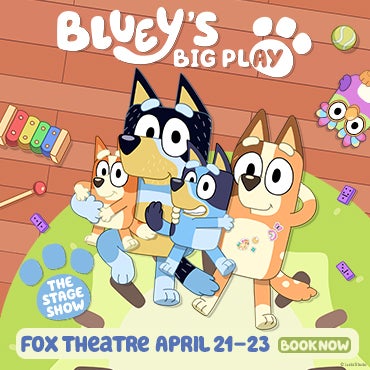