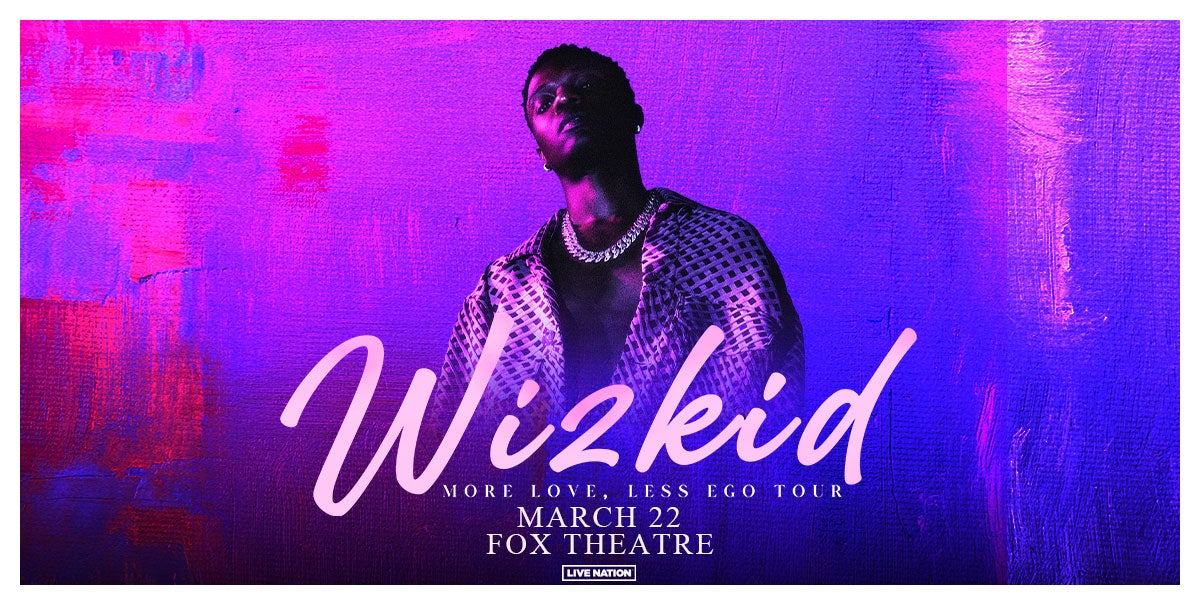 (DETROIT – November 15, 2022) – Following the release of his highly-anticipated new album, More Love, Less Ego and ahead of his sold-out show at Madison Square Garden tomorrow night, Wizkid announces his “More Love, Less Ego Tour.” Produced by Live Nation, the 20-city tour will make stops across the U.S. and include a performance at the Fox Theatre on Wednesday, March 22 at 7:30 p.m. Comerica Bank is the exclusive presenting partner of the Fox Theatre.

Grammy® award winning singer/songwriter Ayodeji Ibrahim Balogun, aka Wizkid, began his career in music when he was just 11 years old in Lagos, Nigeria. His first record, Lil Prinz, was recorded in 2001 in collaboration with Glorious Five, a group consisting of Balogun and his friends from church. In 2006, he started pursuing music full-time, at first collaborating with various Nigerian pop acts including OJB Jezreel, Naeto C and Banky W. By 2011, he was ready to record his debut studio album as a solo artist. Superstar was released via Empire Mates Entertainment to great critical and public acclaim across Africa, propelling him to stardom in his home country. After multiple delays and label disagreements, Balogun released his sophomore album titled Ayoin 2014, which featured Balogun’s global breakthrough track “Ojuelegba.” Not only did the single cement his status as one of Nigeria’s biggest pop acts, but it was also picked up and remixed by Drake and Skepta, thrusting Wizkid into the international spotlight. In return, Wizkid appeared on Drake’s 2016 smash single “One Dance.” In March 2017, it was announced that Wizkid had signed a major deal with RCA and Sony International, which released his third LP, Sounds From the Other Side, later that year. Following this, Wizkid refocused energy on his Starboy imprint in Africa. From releasing viral records like Soco with his affiliate acts to securing partnerships with brands such as Puma, Wizkid has solidified himself as a millennial pioneer for African entertainment. As an ode to his hometown, Wizkid released his fourth full-length project titled Made in Lagos in 2020 with guest appearances from Burna Boy, Skepta, Damian Marley, H.E.R, Ella Mai and more. The album is the longest charting Nigerian album of the century on Billboard World Albums chart and the first and only African album to be RIAA certified Gold in the U.S. with half a million in sale units. The Grammy®-nominated hit single “Essence” became the first Nigerian song to feature on the Billboard Hot 100 and reached #1 on U.S. Urban radio. The album’s 2021 Grammy® nominated deluxe version had the Justin Bieber remixed lead single “Essence” (featuring Tems) that peaked at #9 on the Billboard Hot 100 chart in addition to winning a2022 BET Award for “Best Collaboration” and a 2022 NAACP Image Award for “Outstanding International Song.” Made in Lagos, along with his Grammy® award winning feature with Beyonce, five sold-out shows at the o2 Arena in London and his sold-out show at the Accor Arena in Paris, prove Wizkid’s movement to be one of lasting global impact. 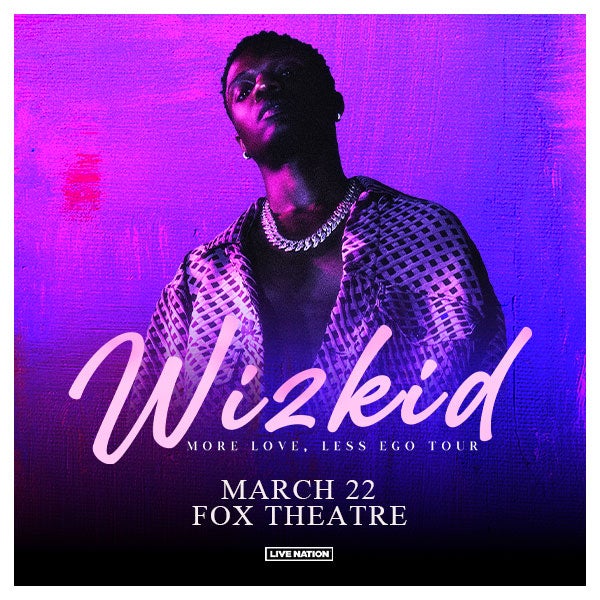