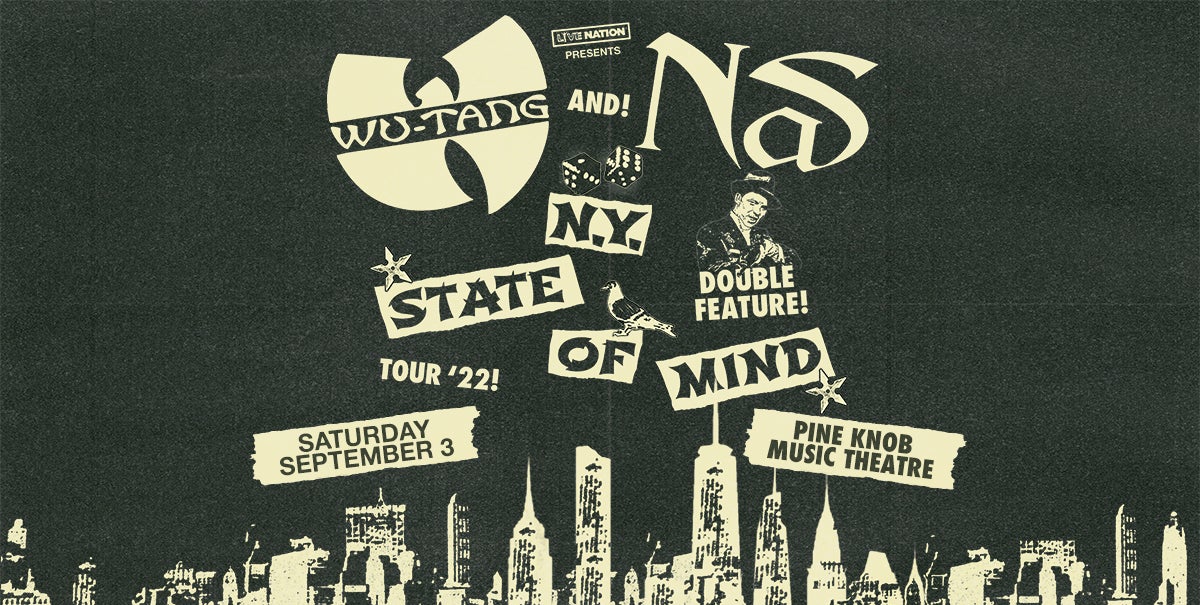 Tickets (starting at $29.50 on the lawn) go on sale Tuesday, April 26 at 10 a.m. at 313Presents.com, LiveNation.com, Ticketmaster.com and the XFINITY Box Office at Little Caesars Arena. American Express® Card Members can purchase tickets before the general public beginning Tuesday, April 19 at 10 a.m. through Monday, April 25 at 10 p.m.

The tour kicks off on Tuesday, August 30 at Hollywood Casino Amphitheatre in St. Louis, MO making stops across North America in Atlanta, Toronto, Austin, and more before wrapping up in Los Angeles, CA at Hollywood Bowl.

Led by the production of RZA, samples from martial arts films have thematically appeared throughout the group’s music, as have samples of classic funk and soul tracks from artists like Rick James, James Brown, and Syl Johnson. As a group, Wu-Tang Clan have three platinum albums among their eight LPs, and the group’s complete anthology (including solo albums) has more than 85 full-length releases. More than just rappers, Wu-Tang Clan are entrepreneurs and successful cultural influencers, with an empire that features everything from clothing lines and video games to books and acting credits.

Wu-Tang Clan on Tour
Considered by many to be the greatest hip-hop group of all time, Wu-Tang Clan have been touring as a unit since their debut record — Enter the Wu-Tang (36 Chambers) — came out in 1993. The now triple-platinum release vaulted the New York City group with songs like “C.R.E.A.M.” (Cash Rules Everything Around Me) and “Protect Ya Neck” that are about as recognizable as anything in the rap canon.

Their live sets are a family affair, with every member of the crew representing their lyrical contributions to the Wu’s eight studio albums, as well as notable cuts from the Wu-Tang solo discography. With the omnipresent Wu-Tang “W” flanking all angles of the stage, there’s a familiarity to Wu-Tang Clan’s music that gives their shows unique mass appeal.

Whether they’re delivering the 36 Chambers record front to back on the album’s 25th Anniversary Tour, or tracks from GZA’s seminal Liquid Swords and Raekwon’s mafioso-minded Only Built 4 Cuban Linx..., or honoring the legacy of their departed brother, Ol’ Dirty Bastard, every Wu-Tang Clan show is a celebration of prolific careers as individuals and especially as the most storied group in hip-hop history.

About Nas
Nas (Nasir Jones) first reached an international audience when his track “Halftime” was tapped by producer MC Serch as the opening cut on 1992’s Zebrahead movie soundtrack. Signed to Columbia Records, the first full-length album by poet and rhyme-master Nas arrived in 1994, Illmatic. The RIAA platinum hip-hop landmark featured “It Ain’t Hard To Tell,” “The World Is Yours” and “One.” 1996 brought the breakthrough double-platinum It Was Written (#1 R&B for 7 weeks, #1 pop for 4 weeks), with his first major crossover singles “Street Dreams” and “If I Ruled the World (Imagine That).” Success continued with the double-platinum I Am in 1999 (again #1 pop and #1 R&B), with the chart singles “Nas Is Like,” “Hate Me Now” (featuring Puff Daddy) and “You Won’t See Me Tonight” (featuring Aaliyah).

In addition to his successful career in music, Nas has pursued a career in motion pictures that began with his co-starring role (alongside DMX) in 1998’s cult classic crime drama Belly, a film by director Hype Williams (with whom Nas has done several music videos). Most recently, he was the executive producer of the 2016 Netflix series The Get Down.

Nas is also the co-founder of Mass Appeal Records. 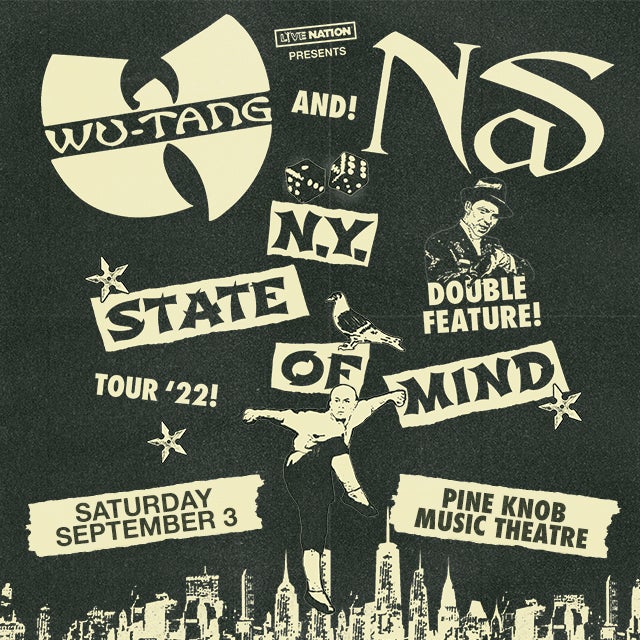