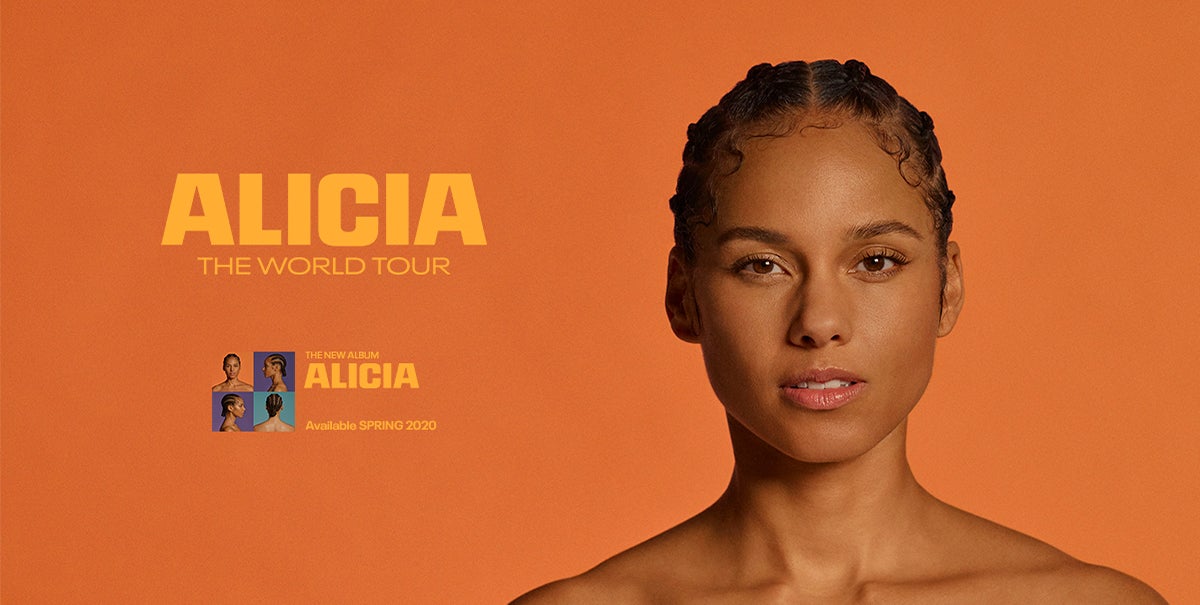 Alicia Keys’ “ALICIA – The World Tour” date at Michigan Lottery Amphitheatre on August 18, 2020 has been rescheduled to Tuesday, August 17, 2021.

Global music icon and 15-time Grammy® Award-winner Alicia Keys will be making her highly anticipated return to the stage with “ALICIA – The World Tour”. Keys will bring her repertoire of worldwide hits to iconic venues across North America and Europe, including a stop at Michigan Lottery Amphitheatre as part of the Fifth Third Bank Concert Series.

Keys’ announced exciting news to fans that her forthcoming seventh studio album ALICIA is set to be released worldwide on March 20, via RCA Records. Keys also gave fans a first-look at the album’s stunning artwork.

In addition to new music, Keys will be bringing her classics - from “No One” to “If I Ain’t Got You” to “Girl on Fire” - to life in a special multi-media, artistic experience on the “ALICIA – The World Tour” stage each night. A meditation on love and life, the show will be a true celebration, filled with the magnetic energy that only live music can create.

Alicia Keys is a modern-day Renaissance woman—a 15-time Grammy® Award-winning artist/songwriter/musician/producer, an accomplished actress, a New York Times best-selling author, a film/ television and Broadway producer an entrepreneur and a powerful force in the world of activism. Since the release of her monumental 2001 debut album, Songs in A Minor, Keys has sold over 65 million records and built an unparalleled repertoire of hits and accomplishments.  Keys’ forthcoming seventh studio album ALICIA is slated to be released in the spring of 2020. The first single “Show Me Love” earned Keys a record-extending 11th number 1 on the Billboard Adult R&B Songs airplay chart. Keys will release her new book More Myself on March 31, 2020 via Flatiron Publishing.