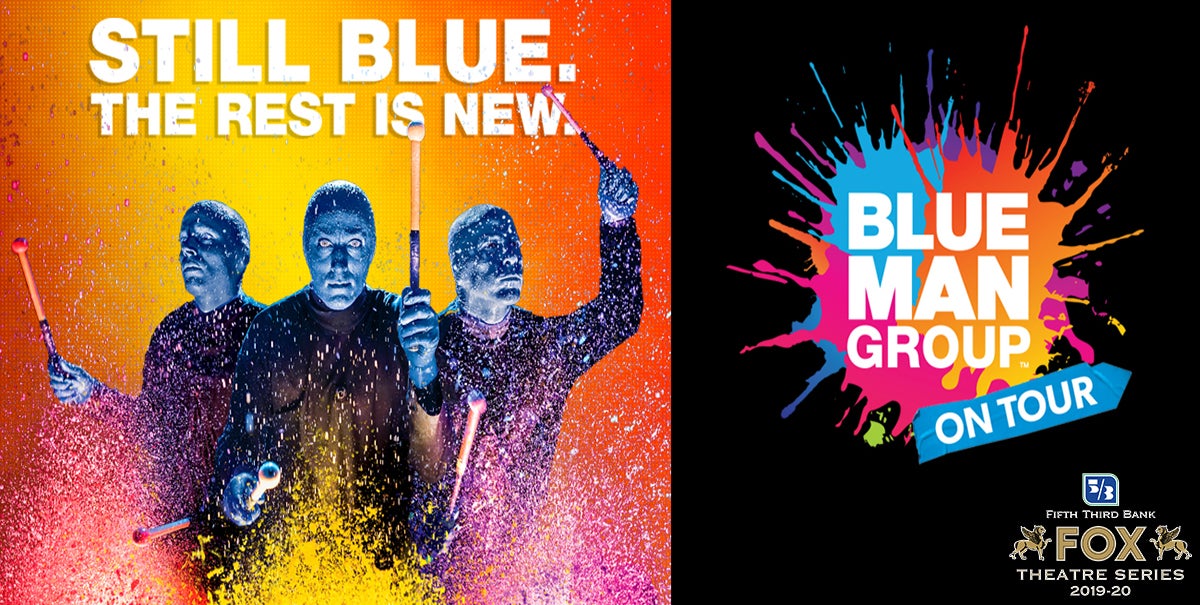 Due to Governor Whitmer’s “Stay Home, Stay Safe” Executive Order, the Blue Man Group performances scheduled Tuesday, April 7 through Sunday, April 12 at the Fox Theatre in The District Detroit have been postponed. Guests are advised to hold onto their tickets for the rescheduled show dates, which will be announced soon.

More than 35 million people around the world have experienced the smash hit phenomenon that is BLUE MAN GROUP and now it’s your turn! BLUE MAN GROUP returns to Detroit for a limited engagement on their new North American tour. It’s everything you know and love about BLUE MAN GROUP—signature drumming, colorful moments of creativity and quirky comedy—the men are still blue but the rest is all new! Featuring pulsing, original music, custom-made instruments, surprise audience interaction and hilarious absurdity, join the Blue Men in a joyful experience that unites audiences of all ages.