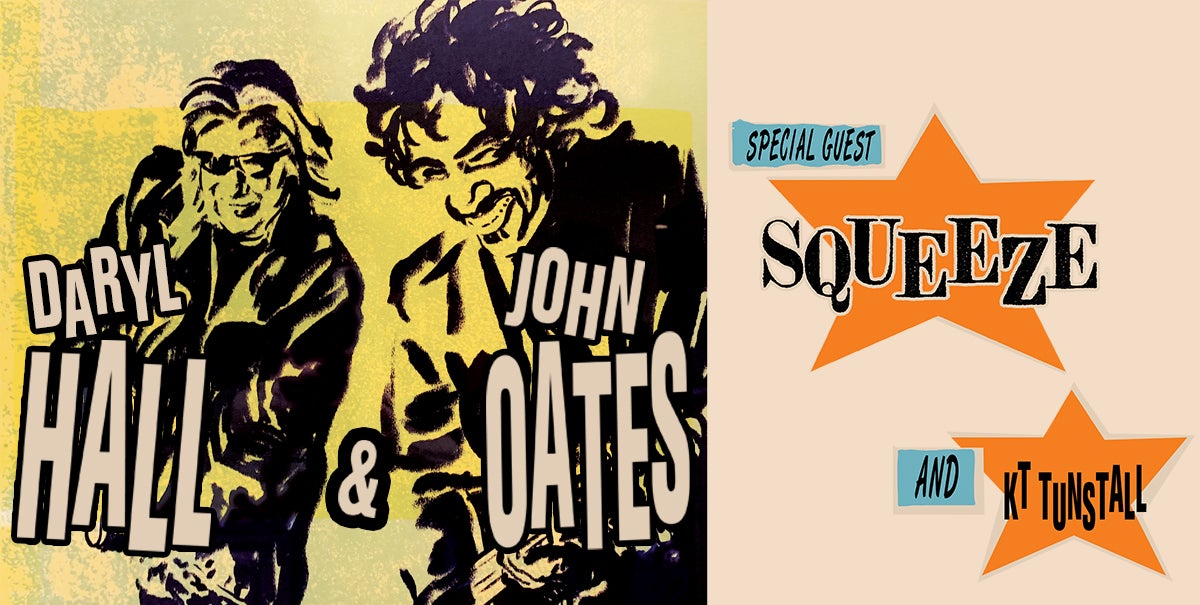 “I’m really looking forward to a big time 2020 tour!” say Oates. “Having KT Tunstall and Squeeze on the bill with us is just gonna make for an amazing night of music. Can’t wait to see you all on the road.”

“How did I get so lucky!” says KT Tunstall. “I’m going on a grand adventure across the United States this summer with my legendary friends Hall & Oates, along with incredible Squeeze. Just to see this show is a thrill … being on the tour … talk about making my dreams come true ... (Go on, you know you wanna sing it). Come and join us for a show!”

The duo has recently toured with Tears For Fears, Train, Allen Stone and more. Daryl Hall’s and John Oates’ lively performance of “Maneater” from Daryl Hall And John Oates: Live in Dublin.

Singer-songwriter, KT Tunstall enchants and engages with every song, and that’s why she continues to resonate not only among fans, but throughout pop culture at large. Scotland born and now Los Angeles based, KT Tunstall emerged with her 2004 classic debut Eye To The Telescope spawning such international hits as “Black Horse and the Cherry Tree” and “Suddenly I See,” which won the Ivor Novello Award for Best Song in 2006. That same year she won her first BRIT Award for Best British Female Artist, and earned Grammy® and Mercury Prize nominations in 2007. KT has released six albums internationally, to date: Eye to the Telescope (2004), Drastic Fantastic (2007), Tiger Suit (2010), Invisible Empire // Crescent Moon (2013), KIN (2016) and WAX (2018), cementing her reputation as a major recording talent, as well as a mesmerizing live artist.