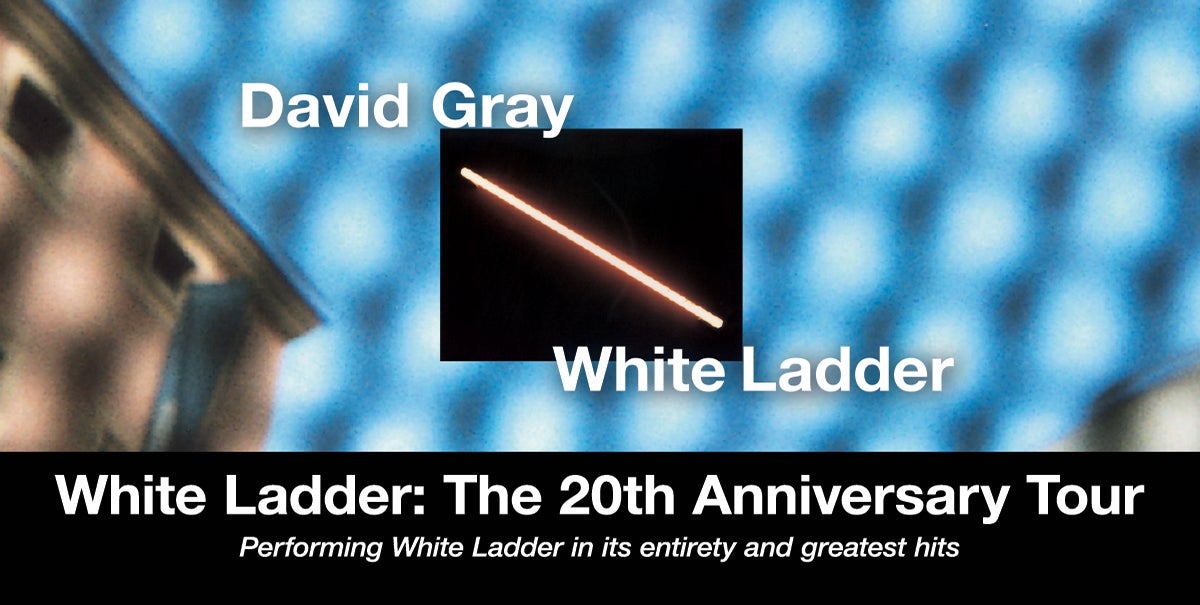 David Gray’s “White Ladder: The 20th Anniversary Tour,” including its scheduled performance at Meadow Brook Amphitheatre on Friday, July 17, has been postponed.

Multi-platinum and Grammy®-nominated, British singer-songwriter David Gray has has planned for a 2020 North American tour to celebrate the 20th anniversary of his seminal album, White Ladder. The “White Ladder: The 20th Anniversary Tour” produced by Live Nation.

The North American tour follows on the heels of Gray’s upcoming UK, Ireland and EU tour. He recently added his third Arena show in Dublin and is on pace to sell out the tour in these countries overall. David will be performing the multi-Platinum album, White Ladder, in its entirety as well as greatest hits. This will be a once-in-lifetime tour that fans won’t want to miss.

Gray will release the White Ladder: The 20th Anniversary deluxe edition (IHT Records/ AWAL) on February 14th to celebrate the trailblazing album’s 20-year anniversary. The global multi-platinum selling album, and one of the greatest, most heart-warming word-of-mouth successes in music, will be released on 2xCD, 4xLP, and digital formats. This will include a special remastered edition of the iconic album plus White Ladder era previously unreleased rarities, B-sides and demos.

“What happened with White Ladder involved more than music,” said Gray. “It was a sort of heart and soul moment of total surrender for everybody involved, for me and the audience. That was it. It doesn't get any better than that.”

Upon its 20th anniversary, it’s interesting to consider the extraordinary aftermath of White Ladder. Its success spawned a new wave of singer-songwriters in an acoustic boom that resonates to this day, a soul-baring lineage that can be directly traced from Gray to the all-conquering Ed Sheeran. Indeed, Ed is a fan, known to cover “This Year’s Love” live. Fellow world beating British superstar Adele is also an admirer, citing “This Year’s Love” as one of her all-time favorite break-up songs.