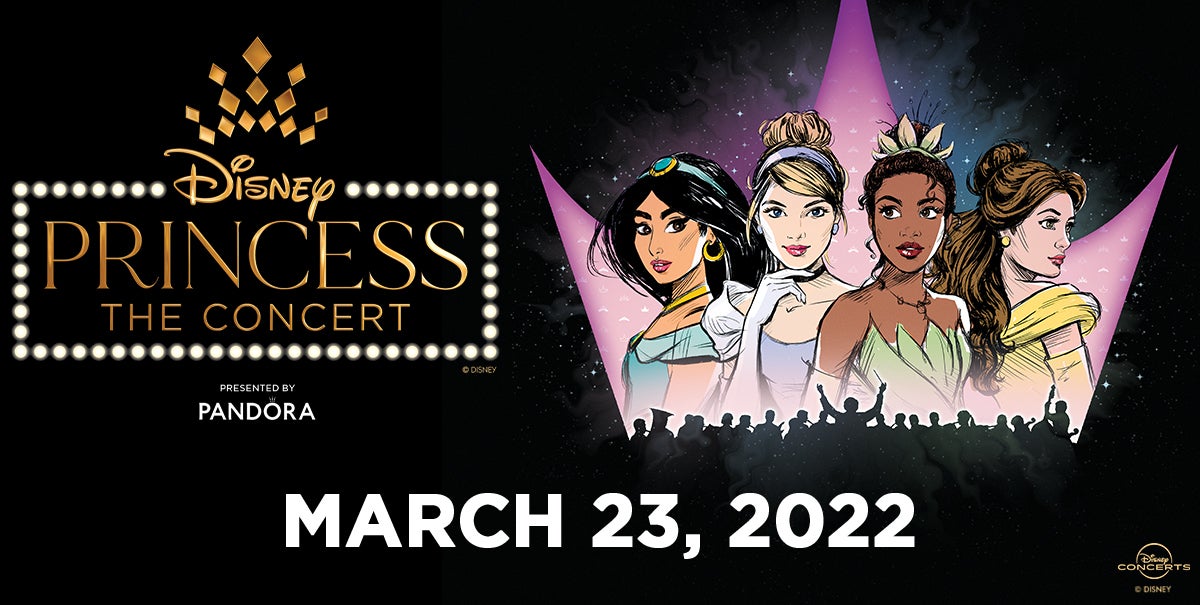 Disney Concerts presents Disney Princess — The Concert, a nationwide tour kicking off November 1, 2021 at the City Auditorium in Macon, GA. “Be our guest” as an all-star quartet of Broadway and animated film icons, their magical Music Director and enchanting Prince celebrate all the Disney Princesses in an unforgettable evening of songs, animation, and stories at the Fox Theatre on Wednesday, March 23, 2022 at 7 p.m.

Fans are encouraged to dress up in their best royal attire for an unforgettable evening. Dreams will come true as these acclaimed performers sing over 30 favorite Disney Princess songs, and share their exclusive, hilarious and heartfelt behind-the-scenes stories from their time on the stage and screen. Larger than life animations and visuals accompanying the music will immerse the audience in pure Disney magic.

Disney Princess - The Concert is based on the established touring production Broadway Princess Party®, which began as a cabaret show at Feinstein's/54 Below in NYC in 2015. It garnered critical success and a loyal fan base, including over 20 million views on YouTube. This new venture is co-produced by Disney Concerts with Broadway Princess Party, LLC, as led by partners Susan Egan, Laura Osnes, Benjamin Rauhala, and Courtney Reed.

Fans can listen to their favorite Disney Princess songs now on a curated playlist from Walt Disney Records.  For more information and additional cities to be announced, visit DisneyPrincessConcert.com.

Presented by Pandora Jewelry, The Official Charm Bracelet of the Walt Disney World® Resort, tickets and VIP packages for this concert of a lifetime go on sale Friday, May 7 at 10 a.m. and can be purchased at  DisneyPrincessConcert.com, 313Presents.com and Ticketmaster.com. All venue box offices are currently closed.'

The Concert is recommended for a general audience. As an advisory to adults who might bring young people, Disney recommends this show for ages 6 and up. All persons entering the theater, regardless of age, must have a ticket. The show runs approximately two hours with intermission.