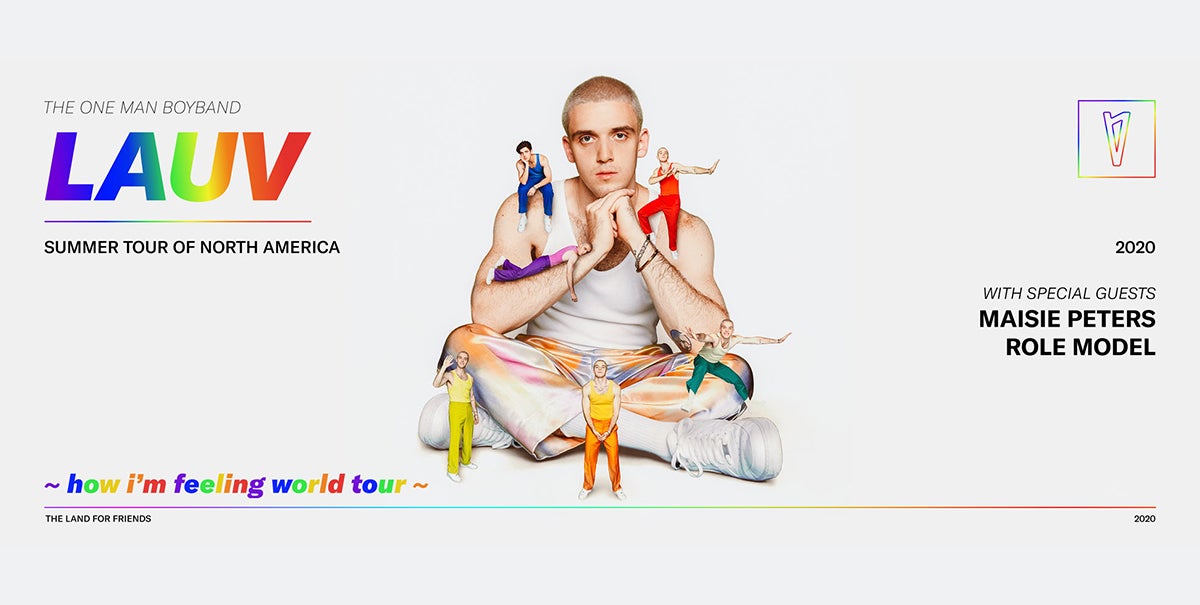 Lauv’s “~how i’m feeling world tour~,” including its scheduled performance at Meadow Brook Amphitheatre on Tuesday, July 21, has been postponed.

Platinum-certified independent singer, songwriter, producer and pop visionary Lauv will perform 65+ dates for his “~how i’m feeling world tour~”. The world tour will mark Lauv’s largest U.S. shows of his career. The North American leg is produced by Live Nation and will hit iconic venues in the U.S. such as Radio City Music Hall in New York, NY, Red Rocks Amphitheater in Denver, CO and The Greek Theater in Los Angeles, CA. Artists Maisie Peters and Role Model are set to join as support.

Watch the music video for "Tattoos Together"

Lauv dropped his newest single “Tattoos Together.” In conjunction, he also released a music video that was all filmed in one shot, directed by Declan Whitebloom (Taylor Swift, Demi Lovato, One Direction). “Tattoos Together” is the latest release off the artist’s 21-track debut album, ~how i'm feeling~, set for release on March 6.

Listen to Lauv's collaboration with LANY "Mean It"

Over the past few months, Lauv has released his much anticipated collaboration “Mean It” with LANY and his surprise 2020 track “Changes,”