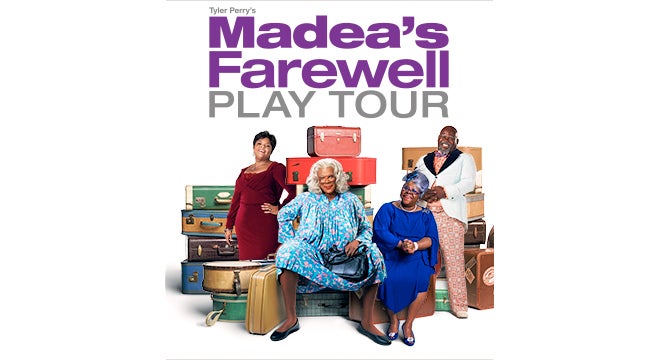 Today actor, playwright, filmmaker, and comedian, Tyler Perry, has announced on sale details for Tyler Perry’s “Madea’s Farewell Play Tour.” The nationwide tour will kick off in Oakland, CA on January 18, and over the course of five months, Perry will bring his beloved characters to venues across the United States, including six performances at the Fox Theatre from Thursday, April 18 through Sunday, April 21.

The tour will also visit Dallas, St. Louis and Brooklyn and wrap at New York City’s iconic Radio City Music Hall at the end of May.

Tyler Perry’s “Madea’s Farewell Play Tour” will be Perry’s 21st stage play. In addition to Perry, the play will star Tamela Mann, David Mann and Cassi Davis Patton. Perry made headlines last month when he announced that he would be hanging up Madea’s wig in 2019, with the expected final stage play and the upcoming film Madea’s Family Funeral, being released by Lionsgate on March 1, 2019.