Tickets (starting at $25) go on sale Friday, September 20 at 10 a.m. and can be purchased at 313Presents.com, Little Caesars Arena XFINITY box office and Ticketmaster.com.

In this intimate evening, accompanied by hand-picked vocalists and musicians, Foster will explore the music of his career as one of the biggest creative forces of our time.

Renowned for her powerhouse presence and show-stopping performances, Katharine McPhee possesses a voice for the ages. Audiences first fell under the chanteuse’s spell during a storied run on American Idol Season 5 in 2006. Since then her hits have included “Over It,” “Unbroken” and “Christmas is the Time To Say I Love You.” McPhee also became a force on the big and small screens, co-starring with Debra Messing on Smash from executive producer Steven Spielberg as well as guest appearances on CSI: NY, Community, Family Guy, and more. Meanwhile, she has taken stage for PBS specials -- including her own special – Soundstage: Katharine McPhee, and Foster and Friends. 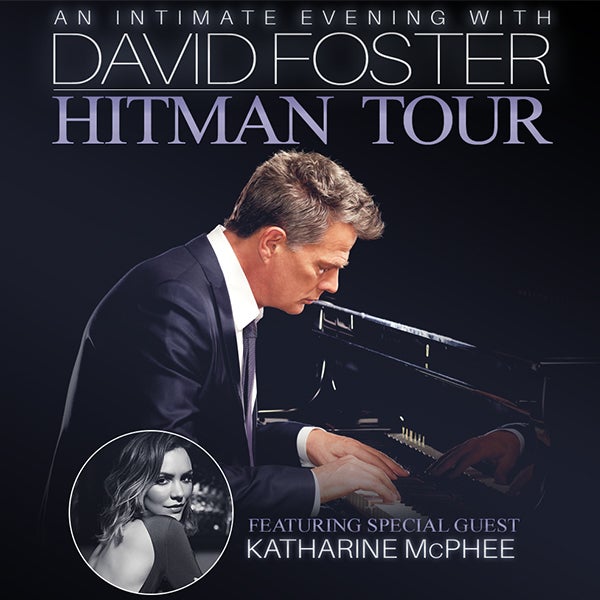