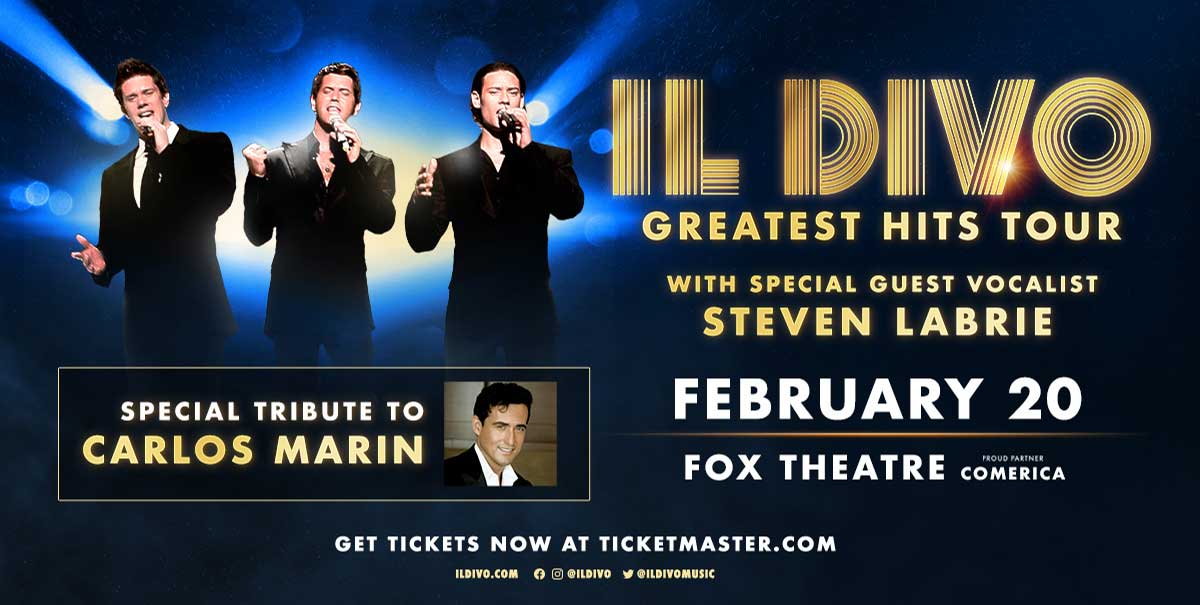 Home/ IL DIVO HONORS THE LATE CARLOS MARIN IN A GREATEST HITS TOUR WITH STOP AT THE FOX THEATRE FEBRUARY 20, 2022

IL DIVO HONORS THE LATE CARLOS MARIN IN A GREATEST HITS TOUR WITH STOP AT THE FOX THEATRE FEBRUARY 20, 2022

(DETROIT – January 4, 2022) – Following the tragic passing of Il Divo’s Carlos Marin, the remaining members of the multi-national group – America’s David Miller, France’s Sebastien Izambard and Switzerland’s Urs Buhler – will proceed with their tour in tribute to Marin. The tour, previously, the “For Once in My Life Tour” will go on as a Greatest Hits Tour and include special guest vocalist, Mexican American baritone Steven LaBrie. The tour will be filled with Il Divo’s hits from their vast catalog of songs with an incredible stage production. Produced by Nederlander Concerts, the U.S. leg includes a stop at the Fox Theatre on Sunday, February 20 at 8 p.m.

Tickets (starting at $35) are on sale now at 313Presents.com, the XFINITY Box Office at Little Caesars Arena and Ticketmaster.com. All tickets from the originally scheduled dates will be honored at the 2022 shows.

“Carlos was a larger than life personality, with a rare combination of an incredibly beautiful, God-given voice and absolutely, immense talent. His passion, playfulness and sense of humor made for such a magical persona, and his laugh would always lift anyone up. He was loved by millions of fans all over the world and we were lucky and honored to be able to perform with him in our midst for so many years. We’ll deeply miss his playfulness, friendship and brilliant voice. In his honor, we’ll be setting up a Carlos Marin Foundation and will be playing tribute to his singing in our future shows. May everyone remember him for his beautiful soul, his amazing talent and may he forever rest in peace,” said Miller, Izambard and Buhle in a statement.

Il Divo is the most commercially successful classical crossover group in international music history, which Il Divo still enjoys since they first banded together in 2003. With over 30 million albums sold, 160 gold and platinum albums in 33 countries to their credit Il Divo were the first Classical Crossover artists to have an album debut at #1 on Billboard’s Top 200 chart. 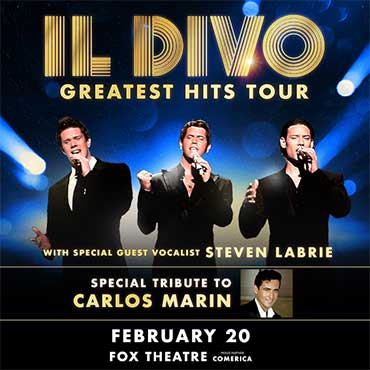