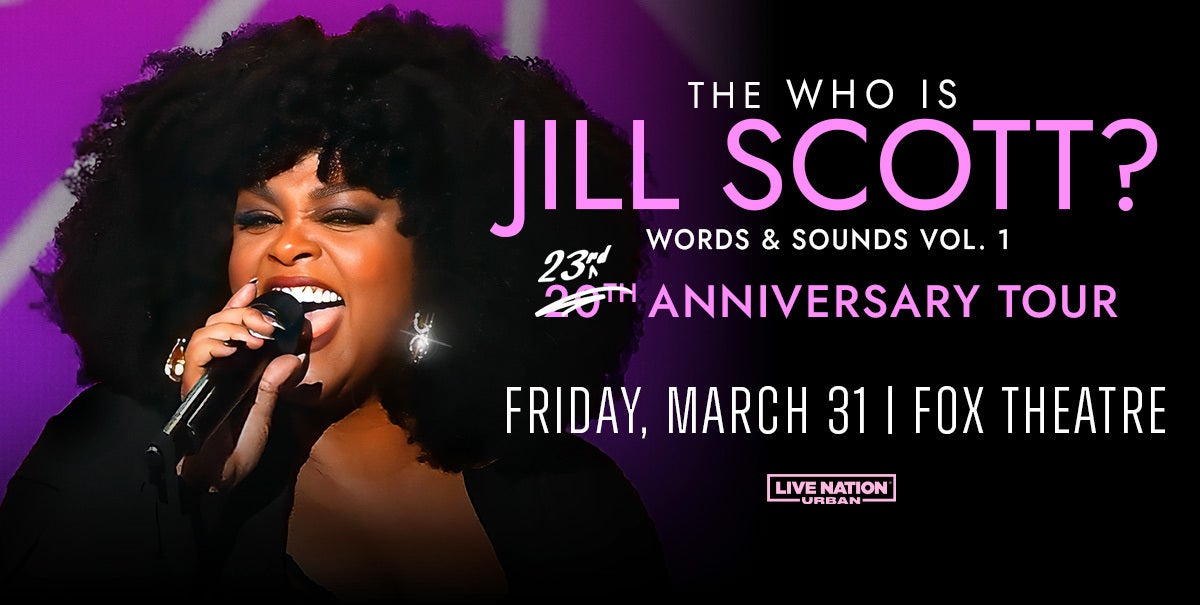 celebration of the now 23rd anniversary of her iconic debut album. The tour includes a performance at the Fox Theatre on Friday, March 31, 2023 at 8 p.m. Comerica Bank is the exclusive presenting partner of the Fox Theatre.

Tickets (starting at $49.75) go on sale Friday, December 9 at 10 a.m. at 313Presents.com, LiveNation.com and Ticketmaster.com. Pre-sales for the Who is Jill Scott? Words & Sounds Vol. 1 23rd Anniversary Tour begin on Tuesday, December 6. Visit missjillscott.com for tickets and follow @MissJillScott on social media for the latest updates.

What started as the 20th-anniversary tour of Jill Scott’s chart-topping, genre-defining album, Who Is Scott?: Words and Sounds Vol I in 2020 ended prematurely due to the COVID-19 pandemic. But good news prevails: in 2023, the tour will resume, electrifying auditoriums, theaters, and music halls throughout the nation in celebration of a moment and movement that continues to enthrall music lovers of all ages and backgrounds. Scott will play the iconic album front to back, with hits from her iconic debut album, such as “Gettin’ in the Way,” “A Long Walk” and other musical stories. The tour, produced by Live Nation Urban, will play in over 20 markets across the country, with special multi-show residencies in Washington, D.C. at the MGM National Harbor on Mother's Day weekend and Scott’s hometown of Philadelphia at The MET Philadelphia, marking the first time the North Philadelphia native will play at the storied North Philadelphia venue. The Philadelphia stop also includes a fundraiser at the Arden Theatre in support of her non-profit, the Blues Babe Foundation.

"My band and I were so excited three years ago, but that damn COVID shut us down," said Scott. "Now, we outside! Come see me. Come feel again. Relive your favorite moments. Ya'll ready to settle down and get with this?!? It's a lot of love here."

Though Scott had to pause performances during the pandemic, she celebrated the milestone virtually and continued building her brand as a multimedia entrepreneur, launching “Jill Scott Presents: J.ill the Podcast” in November 2020 alongside co-hosts Laiya St.Clair and Aja Graydon-Dantzler. The universally-loved podcast currently has 80 episodes and continues to grow in popularity and influence. Scott also participated in the first woman vs. woman Verzuz battle in May 2020, starred in Lifetime’s Highway to Heaven and BET+’s The First Wives Club, and in September 2021, she became the face of Nationwide, bringing a fresh take on a familiar campaign and putting her soulful spin on the iconic jingle. 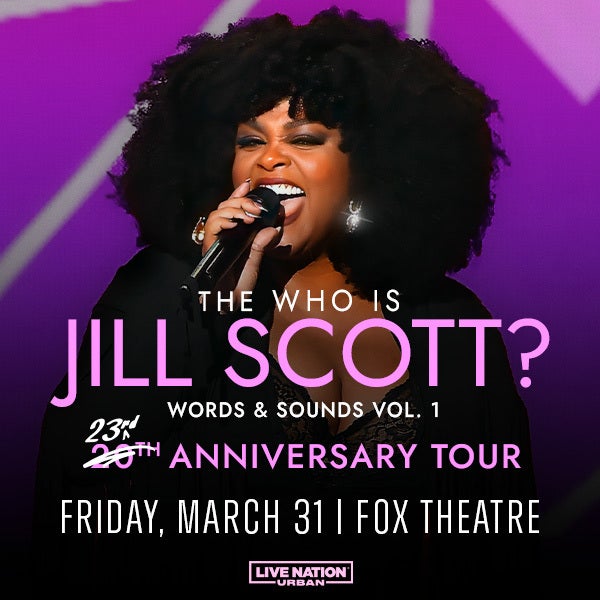