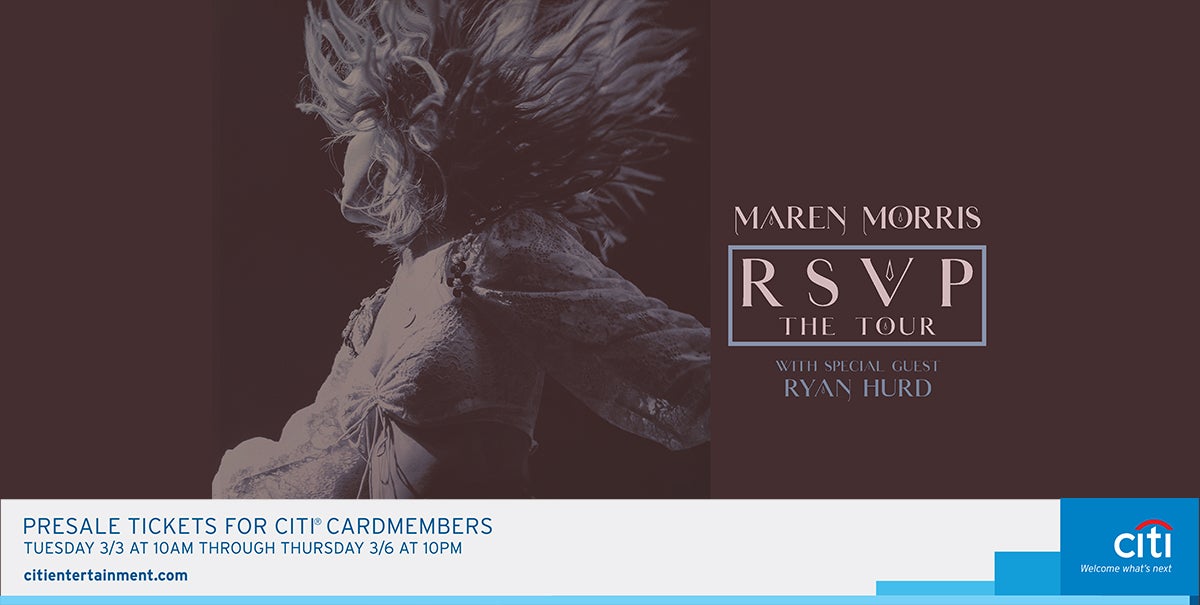 Home/JUST ANNOUNCED: MAREN MORRIS TO EMBARK ON “RSVP: THE TOUR” TO INCLUDE MICHIGAN LOTTERY AMPHITHEATRE AUGUST 27

JUST ANNOUNCED: MAREN MORRIS TO EMBARK ON “RSVP: THE TOUR” TO INCLUDE MICHIGAN LOTTERY AMPHITHEATRE AUGUST 27

(DETROIT – February 26, 2020) – Grammy®-winning artist Maren Morris will embark on “RSVP: The Tour” throughout North America, including a stop at Michigan Lottery Amphitheatre as part of the Fifth Third Bank Concert Series on Thursday, August 27 at 7 p.m. Ryan Hurd will provide support for the local date.

Tickets (starting at $29.75 on the lawn) go on sale Friday, March 6 at 10 a.m. To purchase tickets in the Crest Ford pavilion, Ford Motor Company luxury seats and on the lawn, visit 313Presents.com,  LiveNation.com and Little Caesars Arena XFINITY box office or Ticketmaster.com.

Citi is the official credit card of the tour. As such, Citi cardmembers will have access to purchase presale tickets beginning Tuesday, March 3 at 10 a.m. local time until Thursday, March 5 at 10 p.m. local time through Citi Entertainment®. For complete presale details visit www.citientertainment.com.

Last week marked the second consecutive week at #1 on the Billboard Country Airplay chart for Maren’s song “The Bones,” making it the first solo female back-to-back #1 since 2012 and her fourth #1 single to date. It also marks the first solo female Billboard country #1 since her single “GIRL” topped the chart last summer. In addition, Morris recently appeared on the 50th season of Sesame Street in an episode titled “Let’s Draw”—watch here.

2019 was a monumental year for the singer songwriter who took home Album of the Year at the 53rd Annual Country Music Association Awards, where she was the most nominated artist. Her record shattering album GIRL continues to receive widespread critical praise—Variety hailed it as “the best as well as most important mainstream country-star album of the year.” GIRL was also featured amongst the Best of 2019 by Rolling Stone, Billboard, Esquire, GQ, People, Vice, Paste, Stereogum and Uproxx.

“A Texas songwriter with a sharp eye, a velvet voice and a mean streak…‘GIRL’ sets the bar high right away. It’s the most ambitious and eccentric song she’s done yet, an emotional powerhouse driven by jagged rock guitar.”—Rolling Stone

“As effortlessly modern as she is steeped in heritage, Morris has shown us she can do it all when she wants to.”—Los Angeles Times

“The country singer has something to say about how her genre handles women, skin and outspokenness.”—Playboy

“Country star Maren Morris is the strongest she’s ever been...now she’s testing the limits of just how far she can go.”—Women’s Health

“Morris represents a new generation of women in country who are working to transcend the boundaries of their Nashville roots.” —TIME

“GIRL is a 14-song collection showcasing Morris at her prime, swerving lanes between genres while maintaining her deep and respectful country roots.”—GQ

“She isn’t just a performer who evokes emotion from a crowd, but one that knows how to adjust her set for different circumstances.”—UPROXX 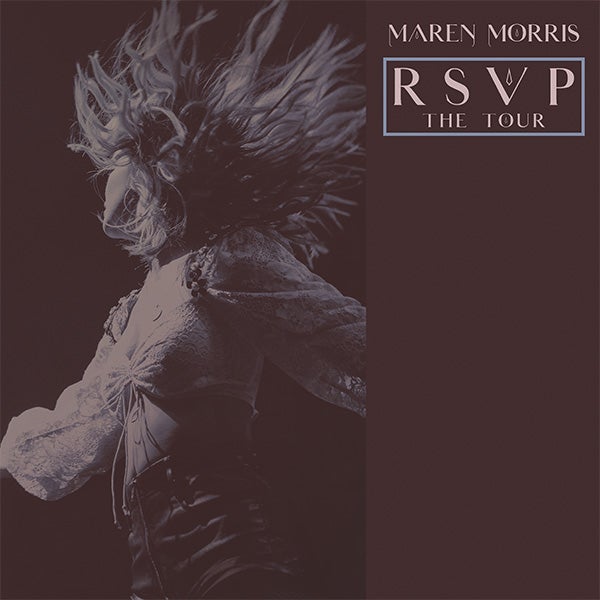