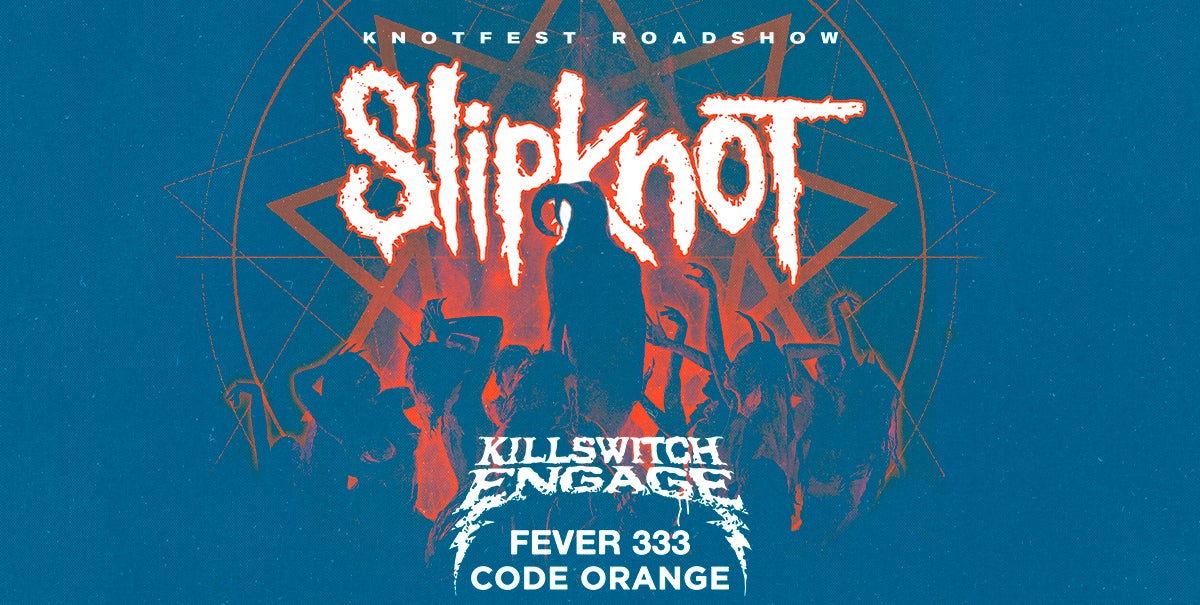 Tickets Go On Sale Friday, June 4 at 10am

(DETROIT – June 1, 2021) – Slipknot, one of the most thrilling and visceral musical collectives on the planet, are excited to announce a return to the road for their incendiary 2021 incarnation of the Knotfest Roadshow, which will visit DTE Energy Music Theatre on Saturday, October 2, 2021 at 5:30 p.m. Support comes from three Grammy-nominated heavy music luminaries, Killswitch Engage, Fever 333 and Code Orange.

Tickets (starting at $39.50 on the lawn) go on sale Friday, June 4 at 10 a.m. at 313Presents.com, LiveNation.com, KnotfestRoadshow.com,Ticketmaster.com or The XFINITY Box Office at Little Caesars Arena. Tickets will be available on pre-sale to Knotfest subscribers at 10 a.m. local time on June 2.

The 28-date run, produced by Live Nation, kicks off following the band’s previously announced Knotfest Iowa hometown show in Des Moines on September 25. The Knotfest Roadshow’s first official date happens at Tinley Park, IL on September 28, with the tour then snaking its way across the US, wrapping up in Arizona in early November.

“With the world opening up, it’s time to get excited about LIFE again. To get back to LIFE again. This tour is a long time coming and we hope you’re as excited to see it as we are to play it. Stay safe, stay (sic) and we’ll see you soon.”

Last week Slipknot also confirmed the exciting news that they have returned to the studio and are working on new material, with artistic visionary and percussionist, M.Shawn ‘Clown’ Crahan confirming to UK media that they are making “God music.” Be the first to see exclusive ‘behind the scenes’ footage of the band at work by subscribing to join the community over at Knotfest.Com, where you’ll also be eligible to pre-order both Knotfest Roadshow and Knotfest Iowa tickets, ahead of the on-sale date to the general public.

Slipknot’s live show continues to thrill their fiercely loyal following, selling out bigger venues with each outing. Reviews of their last sold-out European arena tour, which was completed mere weeks before the world locked down, were unanimous in their praise, with Kerrang! awarding London’s sold-out 20,000 cap O2 Arena show a 5/5 rating, declaring "there is no better metal band on earth than this."

The band’s current album, the critically lauded We Are Not Your Kind is highlighted by the singles, “Nero Forte,” “Solway Firth,” and the LP’s lead track “Unsainted,” which was recently certified Gold in the U.S. The three tracks feature an M. Shawn Crahan-directed official music video, each of which trended worldwide on YouTube (all videos) upon release - with “Unsainted” at #1 globally for a full 24 hours.

For further information on Knotfest, including all your ticketing needs, click through to KnotfestRoadshow.com.

Slipknot sit alongside musical institutions like Metallica and Iron Maiden, as one of a select few bands whose legacy is secured within heavy music's elite. The band emerged at the end of the 20th Century from the American mid-western town of Des Moines, IA and quickly established themselves as the most enigmatic, provocative and aggressive music collective of the modern era. 1999’s eponymous debut is widely viewed as a modern day classic and was honoured by Metal Hammer magazine as the ‘Best Debut of the Last 25 Years.’ The release racked up double RIAA platinum certification in the US, with many of Slipknot’s subsequent releases achieving platinum status both in the US and around the globe. To date, the band have been nominated for 10 Grammy Awards (winning in 2006 for ‘Before I Forget’), as well as scoring 12 Platinum and 41 Gold album certifications around the world and over 3.2 billion YouTube views and counting. Slipknot’s fanbase is as unwavering as it is ubiquitous - the band’s most recent studio album, 2019’s ‘We Are Not Your Kind’ debuted at #1 in the Official Album Charts of 12 countries around the world, including the US, UK, Australia, Canada and Mexico and in the Top 5 of an additional 12 countries including Germany, France and Sweden.

Knotfest is SLIPKNOT’s own self-curated, destination festival brand, currently held in four international locations; the US, Japan, Mexico and Colombia, with the inaugural Brazilian event set to happen in December 2021. Plans for the first UK event are still underway, having been postponed in 2019 by Covid-19 restrictions. Designed as an immersive, unforgettable, ‘dark carnival experience’, the event invites you into Slipknot’s apocalyptic underworld where stunning visuals, fire breathers and nightmarish creatures on stilts set the stage for an intoxicating and memorable weekend of live music. 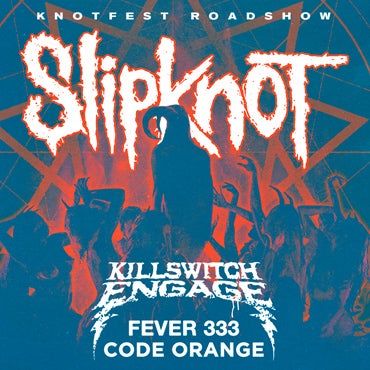