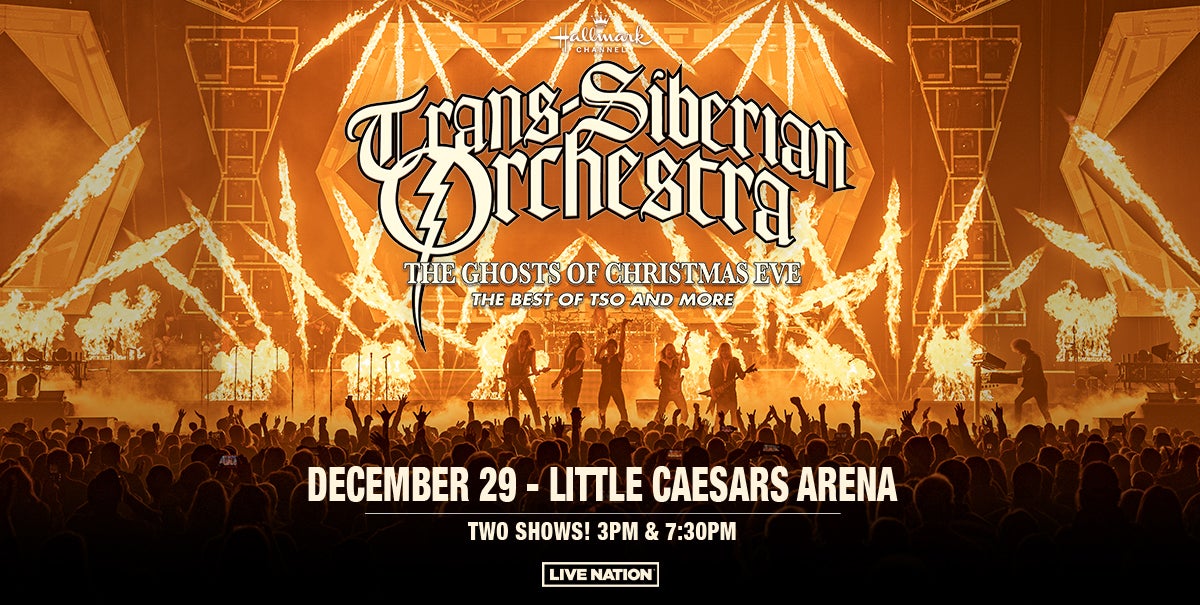 Specially Priced $29 Tickets Offered For One Week Only

(DETROIT – September 12, 2022) –101 WRIF, 94.7 WCSX, 313 Presents and Live Nation are proud to welcome multi-platinum, progressive rock group Trans-Siberian Orchestra (TSO) when they return to Detroit with their highly anticipated 2022 winter tour, The Ghosts of Christmas Eve – the Best of TSO & More presented by Hallmark Channel, for two spectacular shows at Little Caesars Arena on Thursday, December 29 at 3pm and 7:30 p.m.

Tickets (starting at $43.50) for both shows go on sale Friday, September 16 at 10 a.m. at 313Presents.com, LiveNation.com and Ticketmaster.com. Groups of 15 or more can call the Group Sales Department at (313) 471-3099. Beginning with the public on sale, a limited number of specially priced $29 tickets (plus applicable taxes and fees) will be available for one week or while supplies last. A portion of the proceeds will benefit The Salvation Army and Gilda’s Club courtesy of TSO, WRIF and WCSX. For more details on tour dates and all on sales, visit www.trans-siberian.com.

After its first year off the road in more than two decades, TSO made a triumphant return to touring in 2021 with a 25th anniversary celebration of Christmas Eve and Other Stories. For 2022, TSO brings a completely updated presentation of the unforgettable, multi-generational holiday tradition, “The Ghosts of Christmas Eve,” to 60 cities across the nation. This year’s tour kicks off on Wednesday, November 16 with performances in Green Bay and Council Bluffs, and will conclude after 101 shows on Friday, December 30 (see full itinerary at www.trans-siberian.com).

Keeping with the O'Neill's vision (Paul O’Neill, and his wife Desi), TSO remains one of rock’s most charitable bands. Once again, thankfully, TSO will give at least $1 from every ticket sold to charity. To date, approximately $18 million has been donated by the group. Desi O’Neill said, “we want to thank the fans so much for the kindness they showed in coming out last year. It meant the world to our family. Moreover, the credit for any charitable donation is due to you not us. The only way we are able to help all is because of you.”

A product of the imagination of TSO’s late founder Paul O’Neill, and his wife Desi, and based on TSO’s multi-platinum CD and TV special, “The Ghosts of Christmas Eve,” the rock opera features such enduring fan-favorites as "Christmas Eve/Sarajevo 12/24," "O’ Come All Ye Faithful," "Good King Joy," "Christmas Canon," "Music Box Blues," "Promises To Keep," and "This Christmas Day." 2022’s tour will also boast a rousing second set containing more of TSO’s greatest hits and fan-pleasers including “Wizards In Winter,” “A Mad Russian’s Christmas,” and many more.

“It was so special to be back playing live last year. When you love something as much as we do and it's taken away, it made us super thankful to be back. I look forward to seeing all our ‘repeat offenders’ and all our new friends when we hit the road,” said TSO’s music director and lead guitarist Al Pitrelli. “I love all of Paul’s stories, but ‘The Ghosts of Christmas Eve’ is one of my favorites and can’t wait to unveil this incredibly amazing new show for everyone. We know some people may be having tough times, so we worked hard with the local promoters and arenas to have a low priced $29 ticket to do our part in helping out. God Bless all of you and see you in November and December when we celebrate in-person once again.”

Since its touring debut, TSO has played more than 2,000 Winter Tour shows to approximately 18 million fans, with tour grosses of more than $725 million, and has sold more than 12 million albums and DVDs. Year-after-year TSO hits the upper reaches of the domestic and worldwide tour charts. Recently, Pollstar published its compiled touring charts for the past 40 years. TSO ranked No. 11 in Tickets Sold and No. 21 in Top Box Office Grosses. In June, Billboard placed TSO at No. 9 on its Mid-Year Boxscore Report, based on concerts from November 1, 2021, through April 30, 2022. Previously, TSO placed No. 31 on Billboard’s “Top Touring Artists of the Decade (2010s).” Additionally, at the close of the aughts, the group was ranked at No. 20 on Pollstar’s “Top Tour(s) of the Decade” and No. 25 on Billboard’s “Top Touring Artists of the Decade. 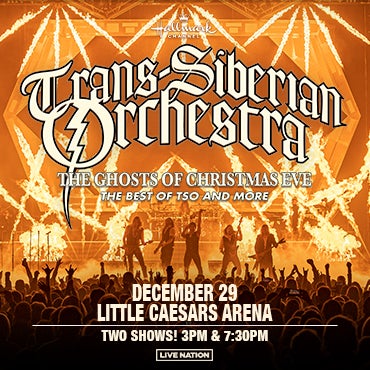