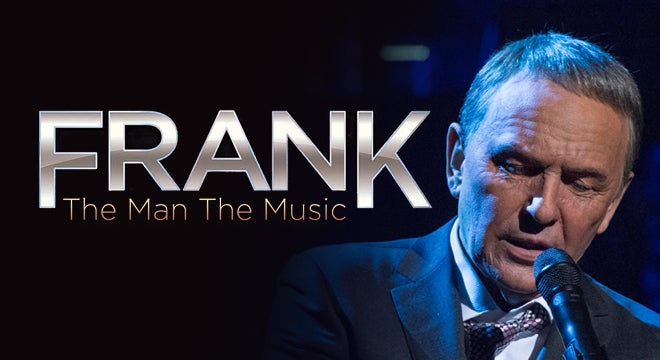 Andiamo Restaurants and WJR Radio Presents  FRANK The Man The Music starring BOB ANDERSON at the Fox Theatre in The District Detroit on Saturday, June 15 at 8 p.m. Experience the stories, the music and the legend of Frank Sinatra at this incredible show featuring another Detroit Legend, The Johnny Trudell 31 piece Orchestra. This will be an exclusive one-night only hometown performance by the Las Vegas Hall of Famer, Detroit native and Warren Centerline High School graduate, Bob Anderson.  The show debuted last year in Detroit at The Detroit Opera House and will return to Detroit by popular demand. The production has also engaged Tony Award-winning Broadway Producer Eva Price, and partner Carl Flanigan of Maximum Entertainment Productions as general managers for the upcoming Broadway presentation of FRANK The Man The Music.

Frank The Man The Music starring BOB ANDERSON, is an entertaining performance that transcends every generation! This must-see show was voted “Best Live Show,” “Best Headliner,” and “Best Live Performance” at the annual Las Vegas Best of the Best Entertainment Awards in 2015. Anderson transforms into Frank Sinatra with his look that was designed by Hollywood’s top make-up artists, Academy Award winner, Kazu Tsuji, who worked on his shows in Las Vegas and Emmy Award Winner, Ron Wild, who tours with the show.

The musical arrangements that are played in FRANK The Man The Music starring BOB ANDERSON, are the only copies that exist of the original works of Frank Sinatra and were all provided by Vince Falcone; Musical Director and Accompanist to Frank Sinatra. The late Falcone has said, “Mr. Sinatra told me that he wanted this music perpetuated.  He gave me instructions to keep this music alive.  That’s why I’ve dedicated my life to doing this.  I can’t think of another singer out there with the caliber of vocal brilliance to carry on The Great American Songbook, then Bob Anderson.  Bob is one of the greatest singers I have ever has the pleasure to work with.”  In addition, Frank Sinatra personally said, “This kid’s got a hell of an act” after seeing Bob Anderson’s performance at the Golden Nugget in Atlantic City in 1983.  There is not another Frank Sinatra show more authentic than, FRANK The Man The Music starring BOB ANDERSON, who also was discovered in Las Vegas and performed with Frank Sinatra’s own daughter, Nancy Sinatra.